Andrew Scheer absolutely deserves to stay on as Conservative leader 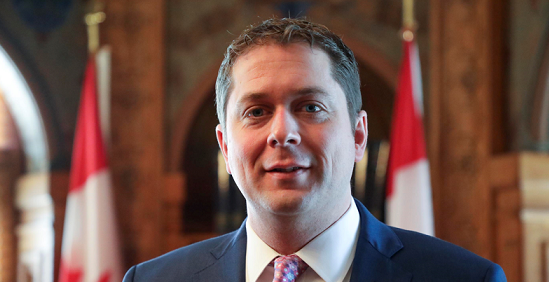 Georganne Burke is a Senior VP with the Pathway Group, a government relations consulting firm. She is a long-time Conservative activist focused on volunteer recruitment and outreach. She spends most of her time in Ottawa.

Full disclosure: I supported Andrew Scheer for leader in 2017. I had been the campaign manager for Maxime Bernier until I walked away in September 2016. Andrew had always been my #2 choice, so he quickly moved up to #1.

I liked the way they approached the campaign. They understood it was about members and GOTV. Andrew had to spend time in church basements, at coffee parties, at small events all across Canada. He worked hard, sacrificing time with his young family and reaching out to all who would hear him.

That is how he won: One member at time and by attracting nearly 2,000 volunteers.

I also had observed him interacting with his team and was impressed by his respectful and collegial way of participating with us, and making decisions based on the input he got from everyone.

I saw his intellect and sense of humor, his kindness and real warmth towards all people.

And that leads me to wonder how Canadians could miss the things that I saw, and so easily accept the narrative pushed successfully by the Liberals and their friends in the mainstream media: “He is untrustworthy, he’s a hater, he will cut jobs, he’s a racist and a white supremacist, he’s ‘Doug Ford’ etc., etc.”

I came to the conclusion that like most first-time national candidates that are not Justin Trudeau, Andrew made mistakes.  Mistakes that can be fixed, but mistakes that reflected a lack of experience. Justin Trudeau also made mistakes but he had special dispensation from the media and to some extent from the Canadian people. I keep trying to picture the outrage and bloviating that would have occurred in the media had Andrew Scheer worn blackface once, let alone multiple times (so many times he could not remember how many).

So why should we let him stay?

Perhaps people have forgotten 2004 when our then leader Stephen Harper ran for the first time in a national campaign. His infamous accusation against Paul Martin of supporting child pornography, candidate Randy White’s social conservative outbursts on same sex marriage and abortion, Cheryl Gallant’s comments on abortion. Harper did not do enough to distance his party from these comments and also may have reinforced them himself. Sound familiar?

A few days later, after the social issues blow-up, Harper said that his government would revise the legislation that mandated French on Air Canada flights causing more uproar that needed to be tamped down.

After that election, in which we reduced the Liberals to a minority, won more seats, and came in second, people were calling for Stephen Harper’s head (does this sound familiar?). I remember attending the Toronto post mortem the day before my son got married in 2004. It was a rant-a-palooza, the likes of which I had never seen. Imagine if the media attacks on Stephen Harper by our own members had happened like those we are seeing now against Andrew Scheer, if, God forbid, we had driven Stephen Harper out of the leadership.  We would not have had ten years of Conservative governments, the first two of which were minorities.

Stephen Harper learned from his mistakes. I believe Andrew Scheer can as well.

What are the “tells” that we need to look for to assure ourselves that Andrew Scheer is making the changes that are needed?

First, can Andrew Scheer face his critics and listen to them?

Second, can he take constructive criticism and turn it into meaningful action?

Third, can he open up to a wider circle for advice in order to ensure that the mistakes of the past are not repeated?

This is what I have seen to this point. Andrew has begun a national tour in which he is meeting with candidates, campaign managers and volunteers to listen to them, respond to their concerns and to thank them for their hard work. No leader in our party or a previous iteration of the party in my memory has personally undertaken this. He has faced anger and vitriol in some meetings, but in every meeting has heard criticism and taken it to heart.

Second, I know that he received several reports from campaign workers and supporters, along with the report and review he personally requested from Hon. John Baird. The first actions he took to remove his chief of staff and comms. director were almost unanimously sought by the authors of those reports. Even though they were his friends and trusted confidants, Andrew recognized that he would lose the trust and confidence of many if he did not take action. There are other changes that must happen, but as I have said many times over the past few weeks, Rome wasn’t built in a day.

And third, but not in importance, I believe that Andrew has opened up to a wider circle. He recognized that perhaps he was not served as well as he should have been and that confirmation bias could have been an issue in the decision-making process. It is a good practice by any leader to seek as wide a variety of thoughts on any issue, allowing him or her to weigh the pros and cons and make a fully informed decision. His approach to the review of the campaign and seeking input widely is a good sign. What remains is to ensure that he takes decisive action on the advice he is given.

What I am saying here is that while no one, least of all Andrew, is happy with the outcome, there is an upside. We increased our seats in B.C., Alberta and Saskatchewan.  We managed to win the popular vote. We gained 22 seats nationally. We have a young, intelligent and decent leader, who deeply cares about our country.

We need to give him the same chance we once gave to a young Stephen Harper, who made mistakes in 2004 but found a new path to defeat the Liberals just two years later. It is my hope that our party stays united behind the Leader, and does not give our opponents what they want: a chaotic, infighting Conservative Party that will be vulnerable to a snap election loss.