Andrew Weaver’s initial announcement to step down came weeks after he was diagnosed with labyrinthitis, a disease that causes vertigo and nausea. 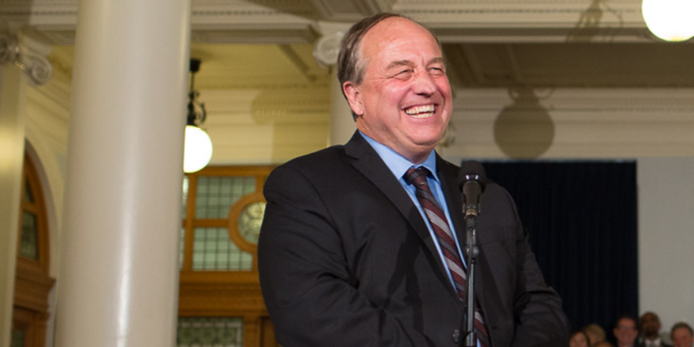 Weaver’s initial announcement to step down came weeks after Weaver was diagnosed with labyrinthitis, a disease that causes vertigo, nausea, and potential hearing loss.

It was fully expected that Weaver would step down from his role as B.C. Green leader, though he was not resigning his seat in Oak Bay-Gordon Head, an essential spot for the Greens and one that the Green Party has held since 2013.

Weaver’s decision to leave the Greens, though, will not have an immediate impact on the B.C. Legislature, CBC reports.

According to a source inside the Green Party, Weaver “intends to honour the confidence-and-supply agreement” that the Green Party have in place to support the minority New Democrats.

Weaver, who himself is a climate scientist, was the lead author of the UN Intergovernmental Panel on Climate Change, a group which, with Al Gore, went on to win the 2007 Nobel Peace Prize.

Weaver started his political career a half-decade later in 2012, going on to be the first Green elected to the B.C. Legislature. He then ran for his party’s leadership in 2015.