Andy Ngo has been banned from Twitter for saying a true thing. Twitter has deemed the speaking of facts to be “hateful conduct.” 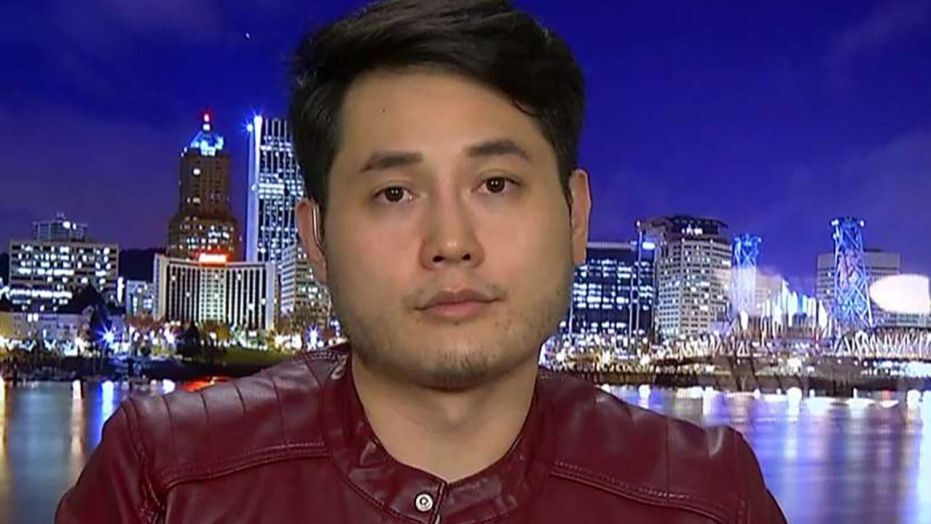 Yesterday, journalist and The Post Millennial editor-at-large Andy Ngo was suspended from Twitter for the following tweet directed at Chelsea Clinton: “The US is one of the safest countries for trans people. The murder rate of trans victims is actually lower than that for cis population. Also, who is behind the murders? Mostly black men.” Ngo has been banned from Twitter for saying a true thing. As a journalist, his job is to expose the truth. Twitter has deemed the speaking of facts to be “hateful conduct.”

Ngo’s tweet was in response to Clinton’s Trans Remembrance Day post honouring murdered trans women. He showed that Clinton’s tweet was misleading. There has been much talk about how many trans women have been killed for being trans in the United States. Many trans activists claim that it is an epidemic. It should go without saying that harming someone for any reason, other than self-defence, is not acceptable, but in the facts vs. feelings war regarding the murders of trans people in the States, facts have been getting the short end of the stick. America is actually the safest place for trans people to live.

A widely purported stat is that trans women of colour have a life expectancy of just 35. This has been stated as fact. But what Katie Herzog uncovered for The Stranger is that this number was taken from the life expectancy of trans women in Central America, where violence of all kinds is incredibly high. That makes this not a valid stat for the United States, but activists tout it anyway. In the U.S., there were 118 trans women murdered between 2015-2019. In 2016 alone, there were 3,895 women murdered in the US, mostly by men in domestic circumstances, and that number is rising. No one calls that an epidemic.

In many of the trans murder cases, the trans women who were murdered led high-risk lifestyles. That doesn’t excuse their murder, but it does mean, that for the most part, they were in dangerous situations, and their deaths were not a result of identity-based hate. “What we do know from all available resources is that the violence these individuals experience occurs to a very broad range of people with diverse backgrounds and identities,” writes Chad Felix Greene for The Federalist, “It is clearly more an issue of high-risk environments than identity-based discrimination.”

Today, Twitter has rejected Ngo’s appeal for suspension, claiming that “Our support team has determined that a violation did take place, and therefore we will not overturn our decision. You will not be able to access Twitter through your account due to violations of the Twitter Rules, specifically our rules around: Violating our rules against hateful conduct. In order to restore account functionality, you can resolve the violations by logging into your account and completing the on-screen instructions.”

So there you have it: Ngo and Twitter are in a stalemate. Apparently, telling a statistically verifiable fact on Twitter is grounds for indefinite suspension. Meghan Murphy said women aren’t men, and it was curtains for her. Posie Parker was recently banned from Facebook, and interviews with her were removed from YouTube. Gender critical feminists have been taking heat for posting facts and the only thing Twitter has to say about it is that it’s hateful. Conservatives, too. James Woods tweeted, “If you try to kill the King, you best not miss #HangThemAll” in reference to the Mueller Report. He, too, was banished. Meanwhile, a quick Twitter search of the acronym “terf” reveals thousands upon thousands of abusive and threatening tweets, all in the name of social justice.

Discussion around trans issues is infused with feelings. When facts make an appearance, and those feelings are exposed as perspective and not reality, journalists and investigators are called out as transphobic. It’s as though the demand that we buy into the delusion that there is no such thing as biological sex transcends across the spectrum of feelings.

What happens next is unclear. Ngo may be the next Twitter exile, following in the footsteps of Meghan Murphy and James Woods, who paid the ultimate Twitter price for speaking their truth. Ngo tells us that “Twitter has determined that a verifiable empirical claim can be deemed ‘hateful conduct’ if enough people find it offensive. We know this only works in one direction.”

Indeed. As time marches on, so does Twitter, swiftly on its way to an Orwellian hellscape where only the approved may speak. The judgement process is opaque, the terms change definition depending on who is using the words, and the only appeals process is to apologize and submit to censure. It is into these hands that we have placed our free speech rights. It is beneath this gaze that we are exposed. That’s why it’s not enough to chalk Twitter’s practices up to corporate decision-making whimsy. We need to hold their feet to the fire. We cannot let the arbiters of truth be those who label facts as hate.