A crowd of Antifa activists gathered outside Powell’s Books in Portland, to demand that the book Unmasked by The Post Millennial’s Editor-at-Large Andy Ngo, be pulled from the store’s website. 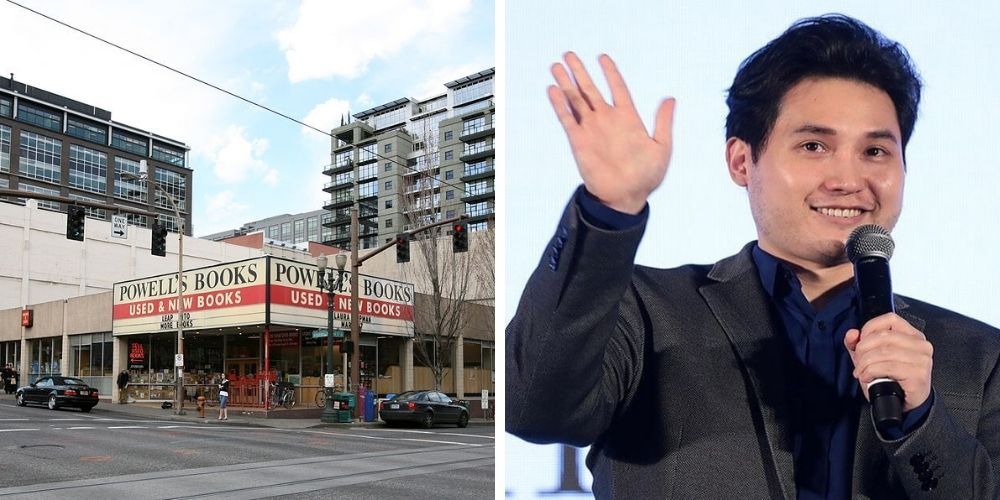 On Monday, a crowd of Antifa activists gathered outside Powell’s Books in downtown Portland, to demand that the book Unmasked: Inside Antifa’s Radical Plan to Destroy Democracy by The Post Millennial’s Editor-at-Large Andy Ngo, be pulled from the store’s website.

Powell’s evacuated customers in anticipation of the extremist’s arrival and as of this writing police were on site responding to the incident.

This follows an announcement on Monday by Portland’s iconic book seller, that it would not place Unmasked on shelves, but that the book will remain in its online catalog.

Powell’s announcement was the result of demands from Antifa groups on social media for the store to be boycotted and picketed for carrying the book.

In Unmasked, Ngo tells the story of the violent Antifa extremist movement. He includes interviews with former followers of the group and people who have been attacked by them.

The book will not be released until February, but is available for pre-order.

Ngo told The Post Millennial that "None of them have read the book and they still demand it be banned. This is a dangerous cult of ignorance."

Ngo, and his coverage of Antifa, gained national exposure after Antifa activists allegedly assaulted him while he was covering their protests in 2019.

His articles and posts have documented the unrest, riots and destruction caused by the extremist group in Portland and around the US.

In 2019, Ngo filed a lawsuit against Rose City Antifa demanding $900,000 in damages alleging that the far-left anarchist group attacked, assaulted, and harassed him at various protests, including a protest outside of an Immigration and Customs Enforcement (ICE) facility and the infamous downtown Portland protest where Ngo was assaulted by a large mob of Antifa-affiliated agitators. Ngo sustained a brain injury from the latter event.

Twitter backlash to Powell’s began over the weekend. According to KOIN6 in Portland, "Monday morning, with users complaining Powell’s was 'propagating racism and right-wing ideology' and supporting a 'fascist gravy train book for a nazi-collaborating Portlander.'"

Powell’s responded to the backlash on Twitter and said, "We carry a lot of books we find abhorrent, as well as those that we treasure. We believe it is the work of bookselling to do so."