What is worrying is the left’s seamless merging with the very things they purport to fight against. In their fight to stomp out oppression, they themselves have become the oppressor 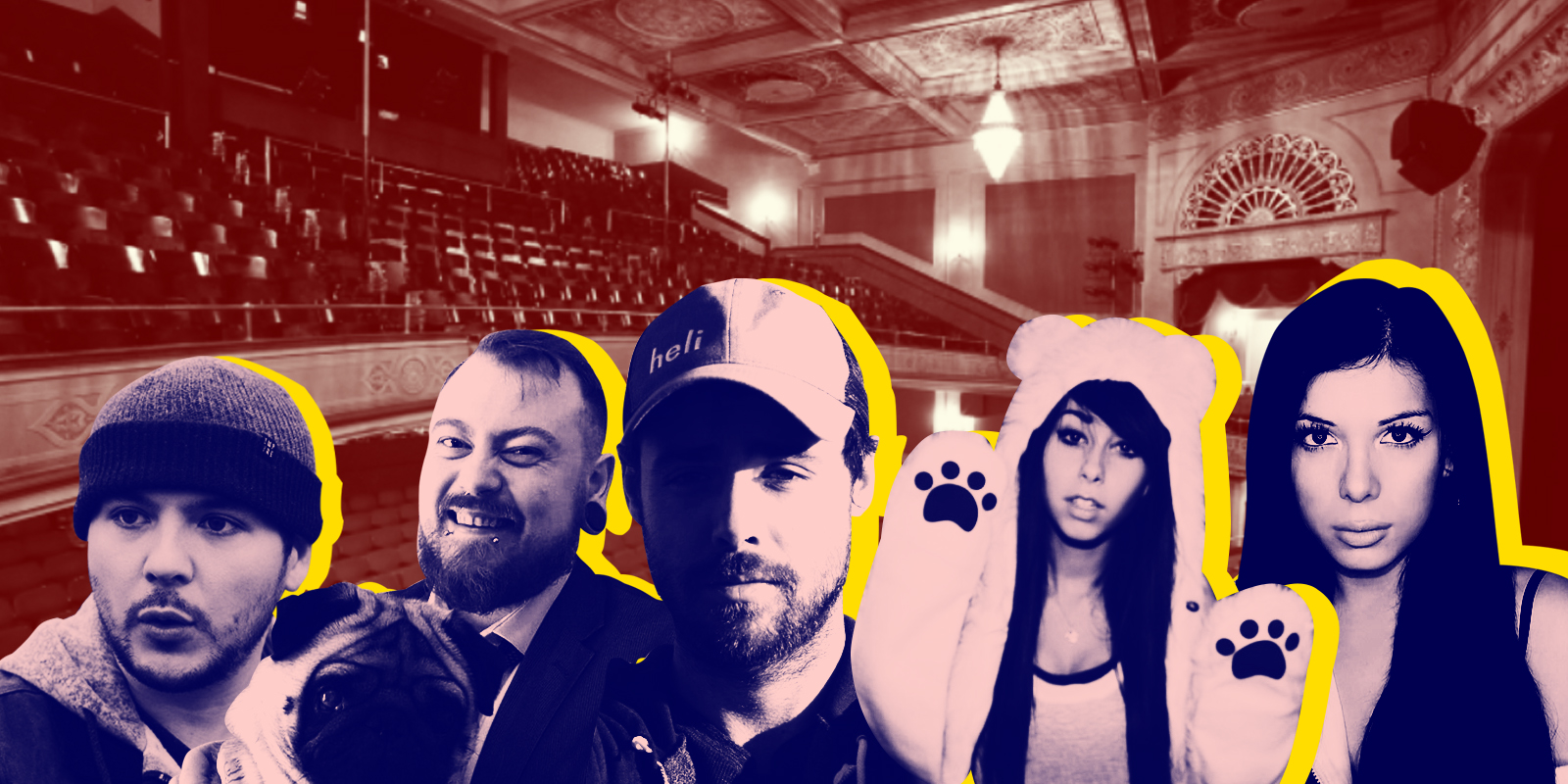 The Minds IRL event, still scheduled for next weekend in the Pitman NJ area, was protested and had its venue cancelled by community activists who obviously have no idea what the event was about. The cancelling of the venue was led by advocacy group Cooper River Indivisible, who, in their attempt to shut it down, spread lies and slander about the organizers, the purpose of the event, and the speakers.

One of the primary organizers is Tim Pool, a journalist and YouTuber, who has staunchly advocated for free speech, in the classical liberal tradition.

Discussion at the event aimed to end “racism, violence, and authoritarianism” and sought to host speakers from across the political spectrum.

“I wanted to put together an event with people I thought were from different parts of the political spectrum… We have an eclectic bunch of speakers,” said Pool in a livestream yesterday.

To leftist activists though, this “eclectic bunch” was still deemed too dangerous to let speak. Perhaps speakers at the event don’t meet the quotas set by these left-wing groups. But Pool will be the first to tell you, there was an effort to get more progressive speakers. But they just wouldn’t agree to speak.

“I admit, we don’t have as many progressives as we are aiming for, because a lot of them said no. And it’s so easy to get liberals—classical or social—to sit down for this conversation. But it’s very difficult… to book people because instead of coming and talking to us, they organize to shut us down.” And therein lies the rub.

Leftists activists are so used to believing their own tainted rhetoric that they lash out without having even a semblance of facts. It was simply assumed because the event was organized by non-leftists, that it represented everything reprehensible in discourse.

“People that spread these kinds of ideologies, that radicalize people online into these ideologies, we feel, giving them a platform is a threat to our collective community well-being,” said Adam Sheridan to WHYY, an activist with Camden-County based progressive group Cooper River Indivisible.

It is unclear what Sheridan means by the use of the term “radicalization.” To him, radicalization could even mean expressing interest in ideologies that stray from intense leftist narratives from groups like Cooper River Indivisible, which flirt ideologically with groups like Antifa.

Let’s be clear. Being against fascism and oppression is a great thing. But what is worrying is the left’s seamless merging with the very things they purport to fight against. In their fight to stomp out oppression, they themselves have become the oppressor, eager to end conversations that they deem inappropriate.

As a result, the far left has turned into a resentful mob with a notable desire to tear down everything that our society has worked so vigorously to build.

Sheridan himself sums it up perfectly (albeit unwittingly). To him, the speakers at the Minds event “are not the people we need to be having debates with,” and “that there are limits to free discourse in terms of what’s a useful use of our time as far as debating.”

This kind of barring of free speech is completely anathema to the ideals of this area.

These activists are probably bummed that they don’t have a broader reach. If they had approached Minds IRL organizers, they probably would have been given a platform to speak, an opening to engage in the conversation. Instead, they feared discourse so much that they chose to stop it rather than be part of it.

This may be good marketing, but it is not fact. Leftist propagandists are so adamant to get their message across that they refuse to engage in any open discourse that may either prove them wrong or lead to a nuanced understanding.

The ideas being brought forward are not radical. But the thought of ideological diversity is frightening to them because their own ideology is dependant on stomping out dissenting voices. What kind of public advocacy group thinks more of its own righteous indignation than connecting with their opposition in the community and understanding what the conflict is and how it can be bridged?

That’s why they want to stop free speech. The entire reason our society has been able to reach such great heights is because of the ability to speak freely. Free speech is not “The Rolling Stones are better than The Beatles.” Freedom of speech is the ability to express any opinion without censorship or restraint.

The marketplace of ideas is in the process of being hijacked by radicals. They hate anyone who dares to stray from their “beaten path.” A path which successfully manages to indoctrinate its followers into believing that they are the underdog, when in fact, they are the oppressors, willing to silence voices they disagree with.

This isn’t just conjecture. Conservatives are more likely to follow media and political accounts which classified as left-leaning than vice versa, a fact which even Twitter CEO Jack Dorsey admitted on his appearance on the Joe Rogan Experience.

If left-wing ideology is to be salvaged, its followers must stop censoring their ideological rivals. But if this Minds talk is any indicator, it looks as though it will get much worse before it gets any better.