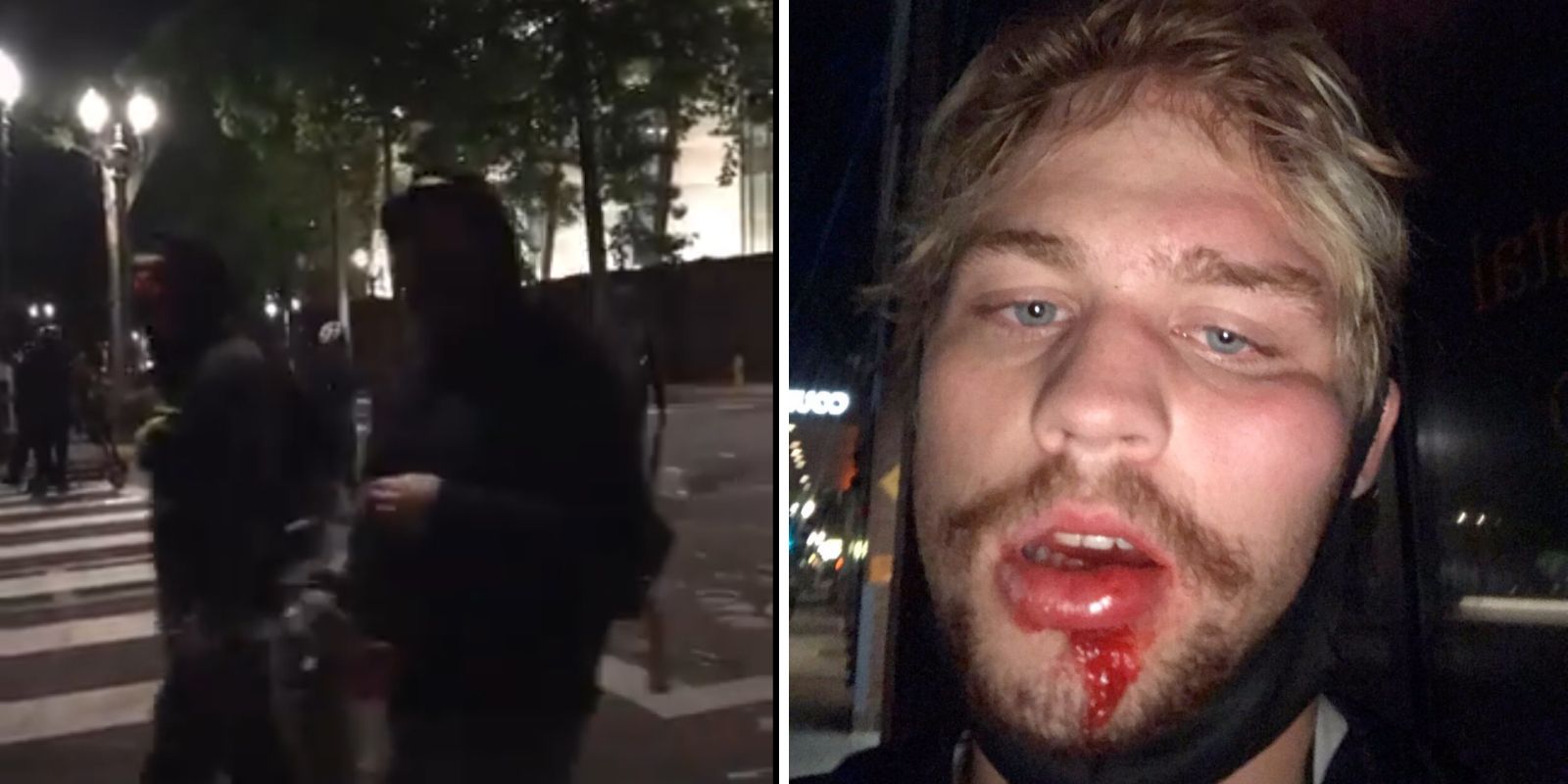 Hansen was reporting undercover when he was spotted and recognized. He left the area to change his appearance.

He was told by a militant to "stop misrepresenting" himself. It was after he had changed that two men looked at him, he reports, and addressed him by name. Another pointed him out on social media, altering other agitators to his presence.

He reports that it was after this that he attempted to leave the area without incident. Only a few blocks away, however, four individuals in Black Bloc were waiting for him.

Hansen states that they beat him, punched him, kicked him, and left him bloody. They yelled at him to "stay out of Portland b*tch!"

These people who commit assaults on the free press are claiming to be peaceful protestors.

Hansen is an independent journalist and founder of #BabyLivesMatter.

It was earlier in the night that Hansen was covering the protests in riots that have been raging more than 100 nights in Portland. Hansen reported that Antifa militants marched on the transit police station.

And caught arrests on camera on what was the 103rd night of rioting in that city. Hansen reported that Antifa tried to break his camera, before later moving on to beating him physically.