Antifa defaced a statue of Matthias Baldwin in Philadelphia, spray-painting the words "murderer" and "colonizer" near his name despite that fact that he fought against slavery, fought for black voting rights, and even helped build schools for black children. 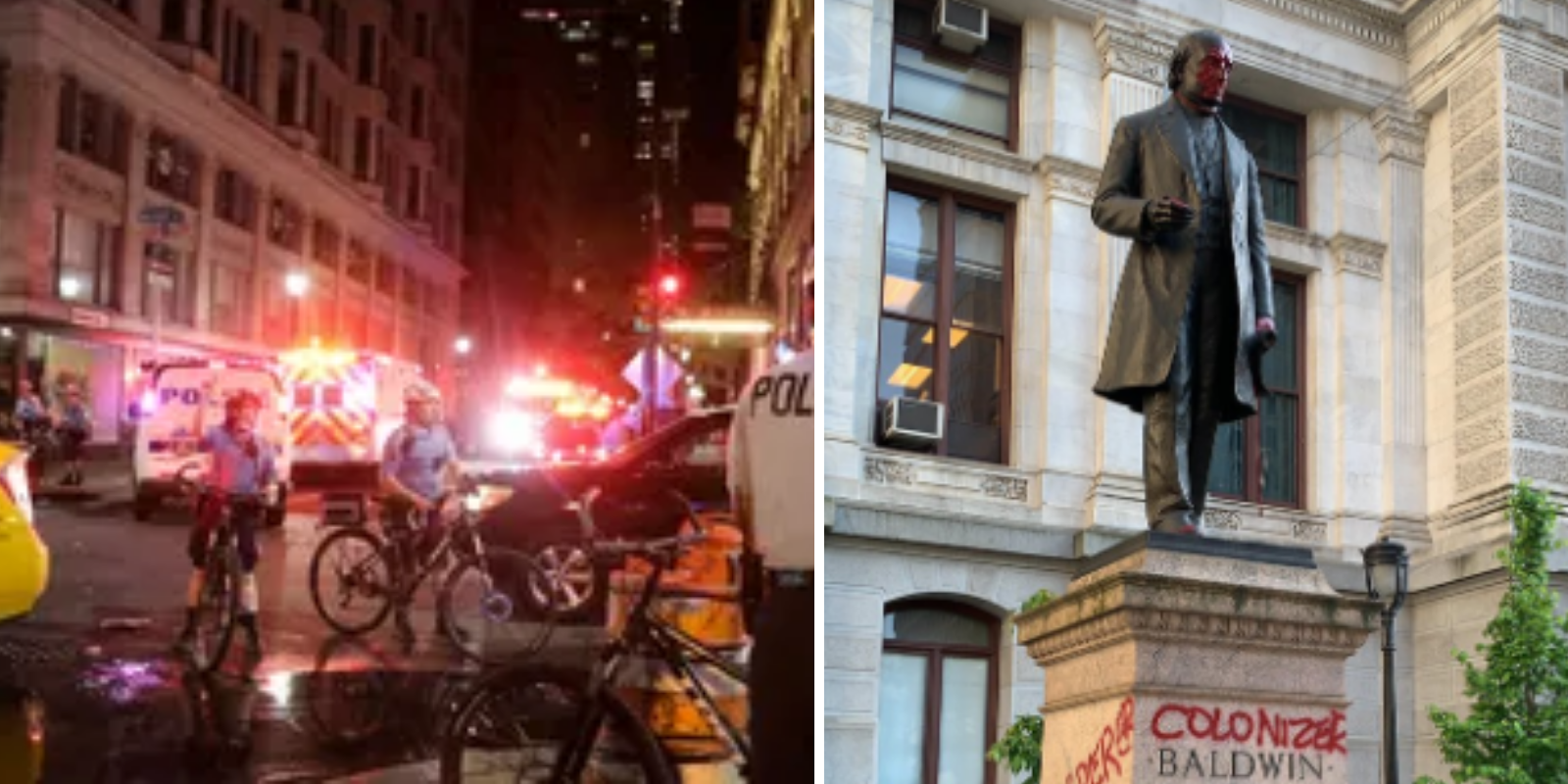 Antifa defaced a statue of Matthias Baldwin in Philadelphia, spray-painting the words "murderer" and "colonizer" near his name despite the fact that he fought against slavery, fought for black voting rights, and even helped build schools for black children.

The whole of Philadelphia at the time was an abolitionist town spearheaded by the Quakers (also known as Society of Friends), who expressed their disapproval of slavery before virtually any other group or sect.

The strange act of defacing Baldwin's statue is a clue that the vandals do not have a sufficient understanding of who many of these people were.

Among many of the things Baldwin did was that he was a strong proponent of education for black children, where he made efforts to build schools for them. This resulted in the confederate south boycotting his locomotive engines, which he had worked on leading up to the American Civil War.

Though the Quakers were pacifists, they believed that all should have a quality education, including black children who many felt at the time should not receive one.

And the current school system under the direction of liberal politicians has utterly failed children in Philadelphia, running counter to the efforts made by Baldwin and the Quakers some centuries before.

As of 2018, some 15,000 students were failing within the Philadelphia school system, most of which were black children who were scoring far below the standard scores expected of them. And the fault for these outcomes can be firmly put on those who have the power to ignite change within the state's education system.

This comes as peaceful protests have been cropping up around Philadelphia since the tragic death of George Floyd, attended by those who feel the current "system" is not doing enough to help those set at a disadvantage.

People are turning out in impressive numbers to plead for reform and change in a system that many believe to be broken and insufficient for many citizens in the US.

But there is a portion of the city that some believe may turn into something similar to the Capitol Hill Autonomous Zone (CHAZ), where police are unable to penetrate.

It is uncertain what the radicals want or are asking for when they deface the statue of an important figure in the abolition movement, but many in Philadelphia are wanting precisely what Baldwin fought and advocated for 200 years ago.