Greenburg and McMillan helped light Molotov cocktails that were then thrown into the Seattle Police Department's East Precinct. 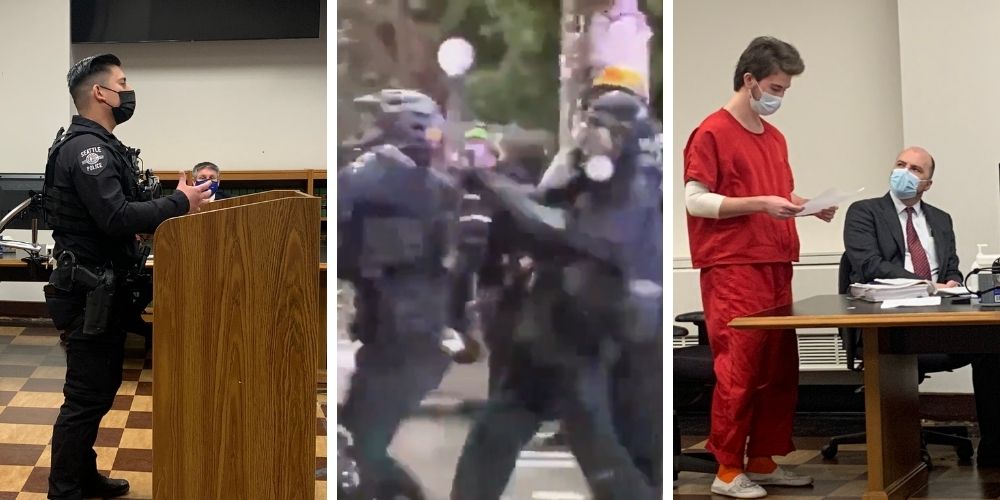 Two Seattle Antifa rioters were sentenced Friday in King County Superior Court for the attempted arson of a Seattle police precinct. One of the rioters, who is the son of a former Democrat lawmaker, was also sentenced in the assault of a police officer with a metal baseball bat during race riots that rocked the city following the death of George Floyd in 2020.

Danielle McMillan, 29, was sentenced to 12 months of community service for first-degree attempted arson.

During a protest that was declared a riot during the ongoing riots and civil unrest near the former Capitol Hill Autonomous Zone in 2020, Greenburg and McMillan helped light Molotov cocktails that were then thrown into the Seattle Police Department's East Precinct.

According to court documents, Greenburg and McMillan had conspired in text messages to set fires around SPD’s East Precinct. One of the texts read, "How many Molotov cocktails you think we should have by Labor Day cuz we shouldn’t overuse our resources." The pair also discussed destroying evidence of their crime.

In texts the Greenburg and McMillan discussed recruiting others "...who are willing to do stuff like us," and Greenberg said, "I say we make SPOG," referring to the Seattle Police Officer’s Guild "a bit toasty like we did to ep tonight."

In text exchanges with other rioters, Greenburg also admitted to throwing a Molotov cocktail at the precinct.

Greenburg was also charged for hitting Seattle police officer Jose Jimenez in the head with a metal baseball bat during the riot. The assault was captured on video and quickly went viral. According to investigators Jimenez was saved by his bike helmet.

According to court documents, Greenburg and McMillan celebrated the attack on Jimenez in texts. Greenburg texted McMillan, "Wish he didn’t have a helmet on lol." McMillan replied, "Well still a great shot though."