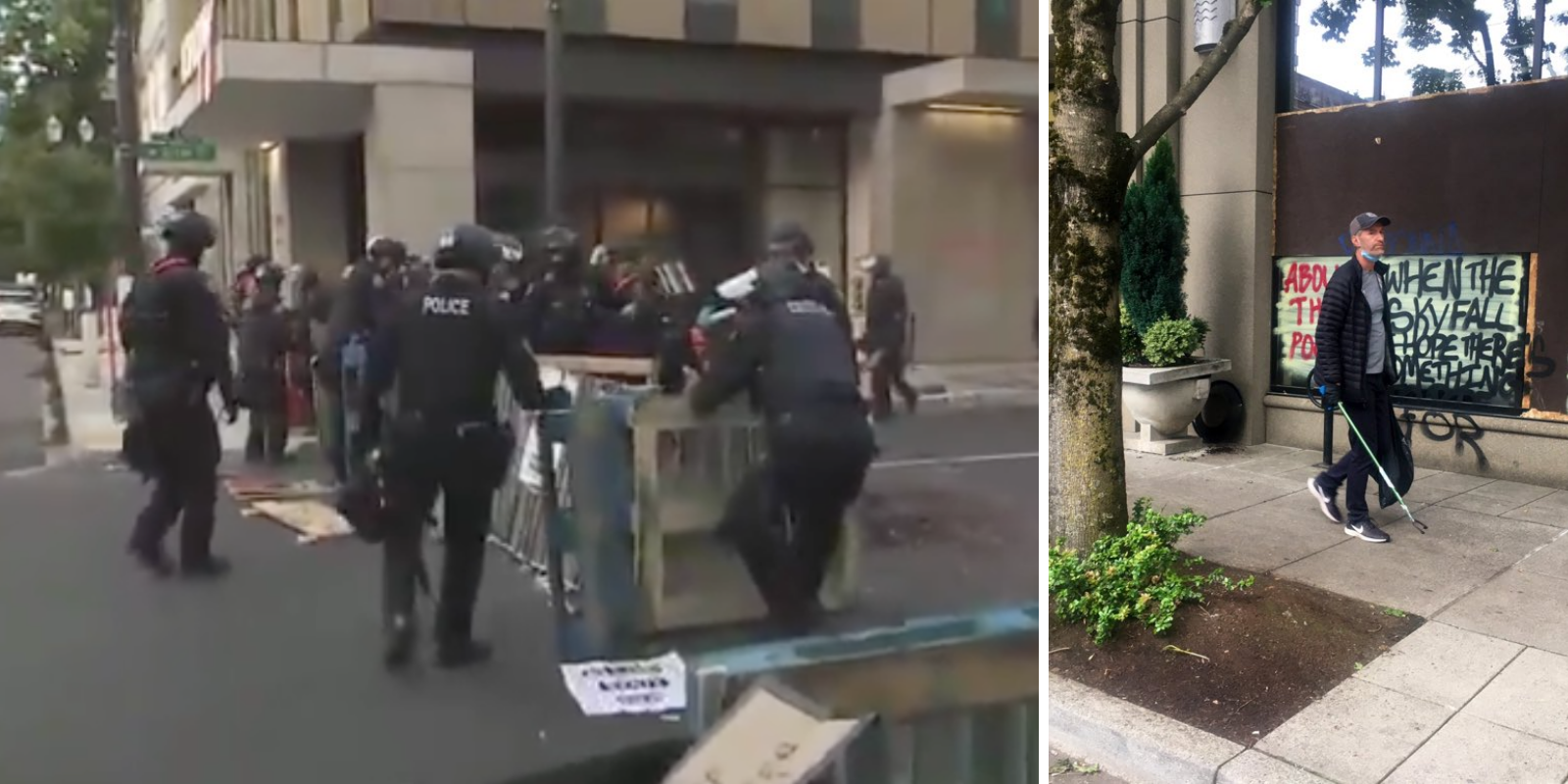 Antifa and BLM activists in Portland attempted to erect a no-entry zone called the Patrick Kimmons Autonomous Zone (PKAZ)—named after a man who was fatally shot in Portland in 2018 after he shot two people and charged at police with a revolver.

The autonomous zone was established outside of Mayor Ted Wheeler's condo and was cleared quickly and efficiently by police Thursday morning.

The far-left extremists established the zone late Wednesday evening on into the early morning on Thursday, which prompted the Portland Police to take to Twitter, tweeting: "This is the Portland Police. We are requesting Portland residents stay inside their residence and shelter in place."

The extremists blocked off streets in the Pearl District outside Wheeler's condo, making it impossible for motorists to get through.

Mike Warner of KATU shared live footage on Twitter Thursday morning of the dismantling of the zone by a Rapid Response Team called in by local law enforcement.

Shortly after, the response team managed to clear 10th and Flanders of the debris, allowing motorists to move through the area.

The extremists appear to have moved on from the area, abandoning the zone altogether.

A similar outcome happened just over a week ago, where those in Portland stole fencing to create their own zone but was abandoned by morning.