"It went great. So good to see so many people aiming up in their personal and social lives," Peterson tweeted. "Thanks Boston." 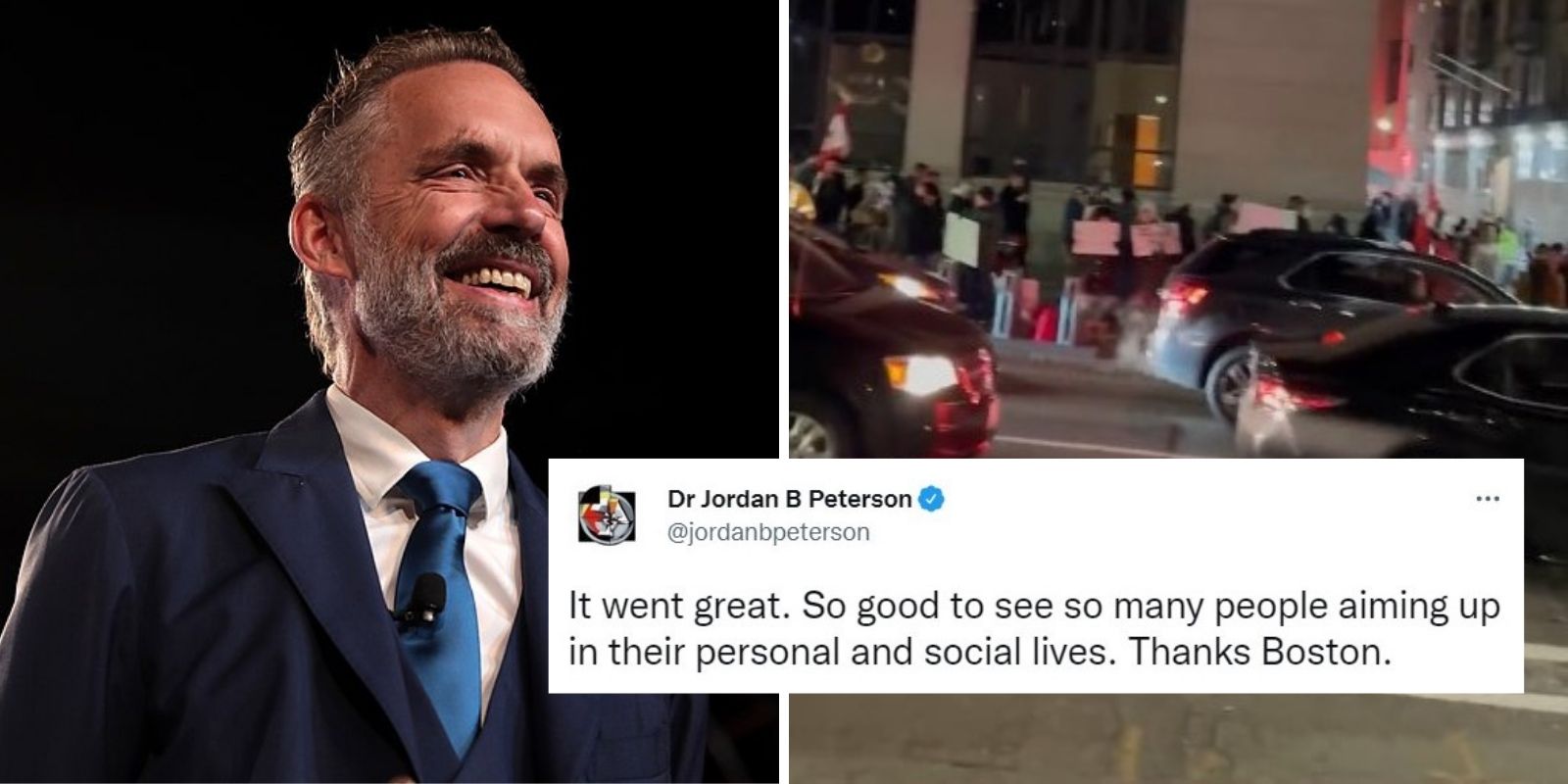 Dr. Jordan Peterson, a conservative author and speaker, once again found himself in Antifa's crosshairs as members of the far-left activist group gathered to protest his most recent event in Boston this past Thursday. Participants positioned themselves across the street from Peterson's event at the Orpheum Theatre in downtown Boston, calling his message "misogynistic" and "bigoted."

Their efforts fell well short of stopping the event.

"It went great. So good to see so many people aiming up in their personal and social lives. Thanks Boston," Peterson tweeted late Thursday night.

Despite a lack of tangible impact, members of the protest took to Twitter, self-congratulating themselves on a night well spent.

Some of the groups present included members of the Bay State Solidarity Front and Black Mast Antifa—two groups that describe themselves as anti-fascist collectives. Prior to Thursday, the protest's mobilization had precipitated through Twitter campaigns and messaging on Reddit pages like that of r/socialism.

"Tonight was a good night for Boston antifascists! Antifascists gathered across the street from the Jordan B Peterson event, letting him know that Boston has zero tolerance for misogynistic right-wing grifters. Love goes out to all the antifascists who joined us tonight," Bay State Solidarity Front tweeted.

North Central MA Antifascists, among other Antifa accounts on Twitter, had circulated a digital flyer calling for far-left "autonomous action" to counter-protest Peterson's speech Thursday and "his mysogynistic goons." The graphic included a stop sign that read: "F*ck Jordan Peterson. No safe space for fascists in Boston."

Peterson, a conservative thought leader, has repeatedly found himself at odds with Antifa. His messaging on strong individualism, masculinity, and personal accountability has often clashed with Antifa sentiments, especially those fueled by outrage and impulsive demonstrations of aggression. This past event was no different. At Boston, Peterson had arrived to discuss his new book Beyond Order.

In ironic fashion, Peterson's message at the Orpheum Theatre was one of personal responsibility and the cumulative impact of the individuals that make up society, while Antifa's forces raged outside. Peterson advised the audience to recognize their impact—for good or evil—on the world around them.

"We are each more responsible for the state of the world than we believe, or would feel comfortable believing. Without careful attention, culture itself tilts toward corruption," Peterson expressed in the written work. Peterson also shared his pre-lecture notes for his Boston stop on the Beyond Order tour: "Do Not Do What You Hate." Peterson questioned what "hate" means and what one should "tolerate."