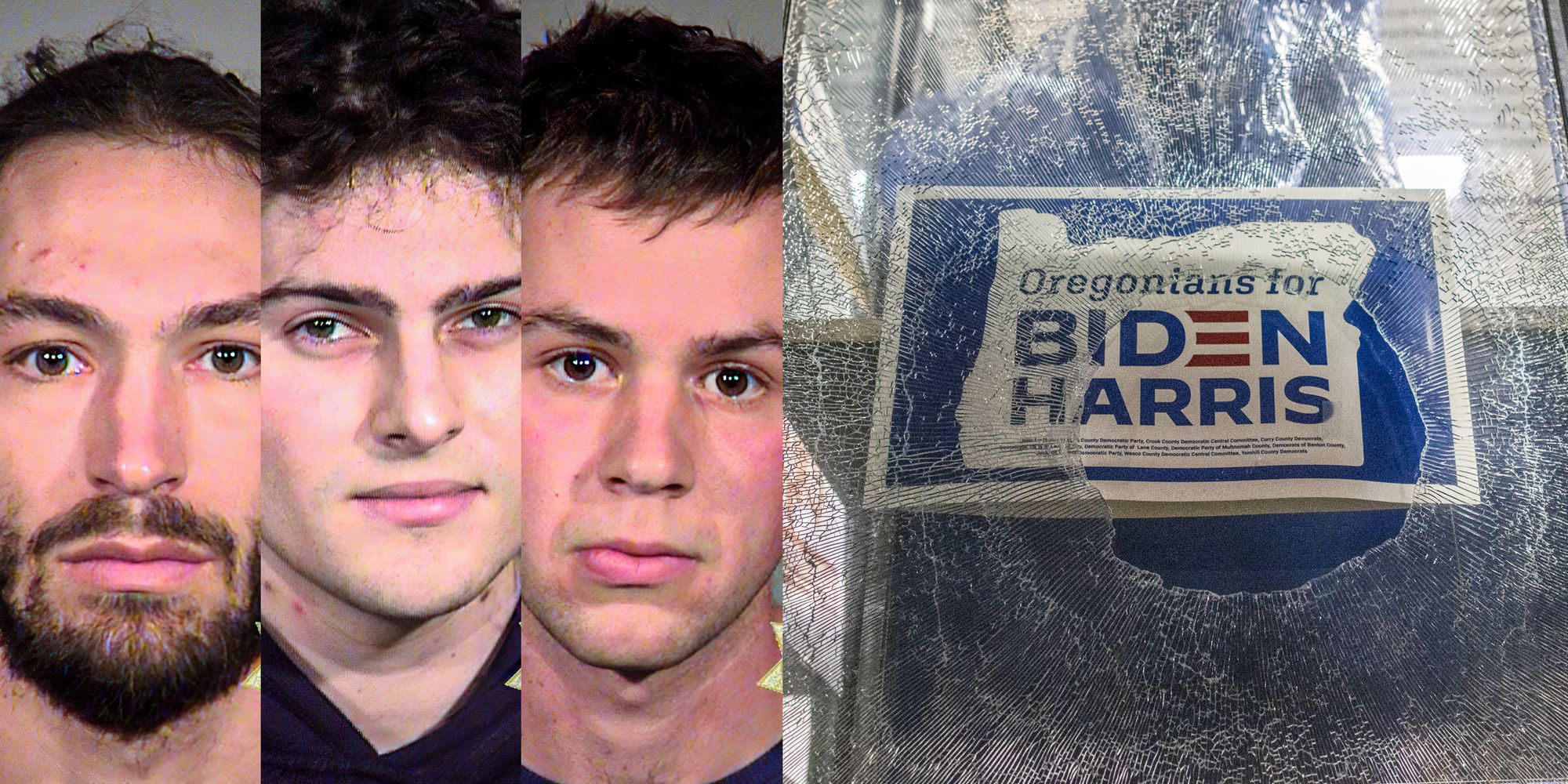 While anticipated mass violence failed to materialize across most American cities, Portland has experienced five nights of unrest since Election Day last Tuesday.

In the latest instance of political violence, Black Lives Matter-Antifa protesters announced and gathered for a “direct action” on Sunday night at Laurelhurst Park in southeast Portland. There, the group of several dozen militants in black uniforms marched to the Multnomah County Democrats building where they proceeded to vandalize the office. They smashed most of the windows and tagged the building with anarchist and BLM graffiti.

Portland Police only arrived on scene after the mob had fled back toward Laurelhurst Park. Three suspects were arrested.

24-year-old James Walker Prettyman was arrested for second-degree criminal mischief. He is listed as a co-owner of Rose City Bikes. He was quickly released without bail. His arraignment is set for Tuesday.

33-year-old Thomas Moll-Rocek was taken into custody for second-degree criminal mischief plus third-degree escape. He was also released without bail and his charges were immediately dropped by the district attorney.

Since election night last week, Antifa and other far-left groups have staged multiple protests across Portland, most of which have turned violent. Last Wednesday, a riot was declared downtown as hundreds of Antifa shattered the glass on dozens of businesses and buildings, including a church. Then on Thursday night, a smaller group of Antifa vandalized the home of city council member Dan Ryan because he voted against a proposal to defund police.