‘Traveling protester’ among those arrested at post-election Portland Antifa riot

The Oregon National Guard was activated the day after the election when a marauding mob of militant Antifa smashed up businesses, property and a church in downtown Portland. 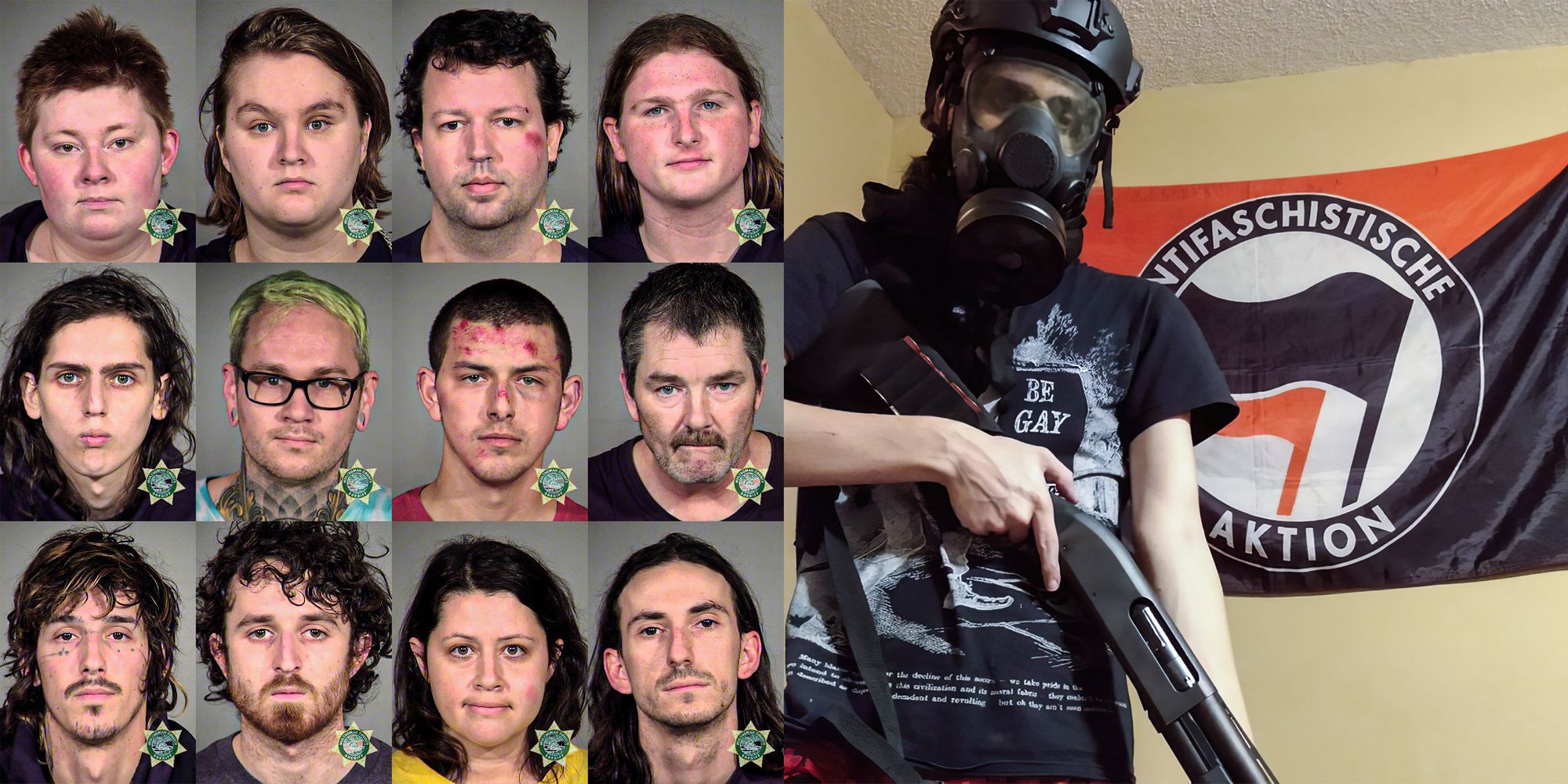 The Oregon National Guard was activated the day after the election when a marauding mob of militant Antifa smashed up businesses, property and a church in downtown Portland.

Shortly before 7 pm, a crowd of around 100 black bloc Antifa turned violent after marching for several hours around downtown. The previous night, Antifa group Youth Liberation Front announced the planned direct action to protest the election.

“F— Trump, f— Biden, death to America! We want something better than this trash, and we’re going to take it,” tweeted the YLF along with a flyer for the event.

Carrying flags with symbols of Antifa and anarchism, the crowd began breaking windows one-by-one along West Burnside Street in a march of terror. Saint Andrew Bessette Church says it is forced to close its shelter and homeless services for the time being because of damage to the building.

Rioters largely prevented the press from recording but some video clips posted on Twitter by local reporters show them smashing windows of dozens of businesses using hammers and other tools. One of the large banners carried by those in the crowd read, “We don’t want Biden—we want revenge!”

The Multnomah County Sherrif’s Office declared a riot over social media and loudspeakers before officers from multiple agencies rushed the streets in numbers. They were hit with glass projectiles and at least one explosive mortar.

A source in local law enforcement tells The Post Millennial that rioters were able to quickly cause mass damage by keeping media and other protesters at the back of the crowd as human shields against approaching officers, while those at the front smashed windows.

Fearing escalating violence, Gov. Kate Brown activated the Oregon National Guard, who had been placed on standby for the election. It was the first time the National Guard had been used in the state in response to unrest even though Portland has had continuous protests and riots since May.

Officers made 13 arrests and seized multiple weapons and riot gear. The Multnomah County District Attorney’s Office announced that it is moving forward in prosecuting two of the cases.

Jarrod DeFerrari, 23, of Sunrise, Fla., is charged with felony riot and two counts of second-degree criminal mischief. The transsexual militant antifa initially refused to identify himself and gave a fake age. Items seized from DeFerrari include commercial-grade fireworks, a gas mask, a hammer and other riot gear. He is accused of breaking windows using a hammer. DeFerrari has a long history of militant Antifa activism.

Additionally, William Kahl Beecher, 23, was charged with felony riot, possession of a loaded firearm and second-degree disorderly conduct. The Sheriff’s Office says he was wearing a ballistics vest and armed with a loaded semi-automatic rifle and a knife at the time of the arrest. He was also carrying loaded magazines and fireworks. Beecher’s social media is filled with left-wing, anti-Trump posts. The district attorney has referred the case back to police for “investigative follow-up.” Beecher was bailed out.

Additionally, another four black bloc militants who were arrested for trespass had their charges immediately dropped per the district attorney’s policy of not prosecuting “non-violent” riot-related crimes: Tanner Nokoa Alcorn, Jason Mercury Tyler, Leslie Johnson and Wyatt Dylan Scully. Scully, 19, was previously arrested at a violent antifa protest in September and charged with four misdemeanors. All those charges were also dropped by the district attorney’s office.

Following the initial round of rioting, protesters regrouped in front of the Justice Center where they proceeded to march and shut down traffic. Additional property was also damaged. Wesley C. Fant, 29, was stopped by Oregon State Police for driving a vehicle without license plates. His truck identified himself as part of the “medic” team and he was carrying riot supplies. State troopers found an illegal pistol on Fant’s possession and a ballistic vest with various antifa patches. He was quickly bailed out.

The remaining protesters mostly dispersed on their own from downtown by around 1:30 a.m. on Thursday. Saint Andrew Bessette Church says it is forced to close its shelter and homeless services for the time being because it cannot close the building’s doors.