At the time, she likened her experience of being nowhere near the breach to that of veterans who had fought in a war, prompting #AlexandriaOcasioSmollett to trend on Twitter, 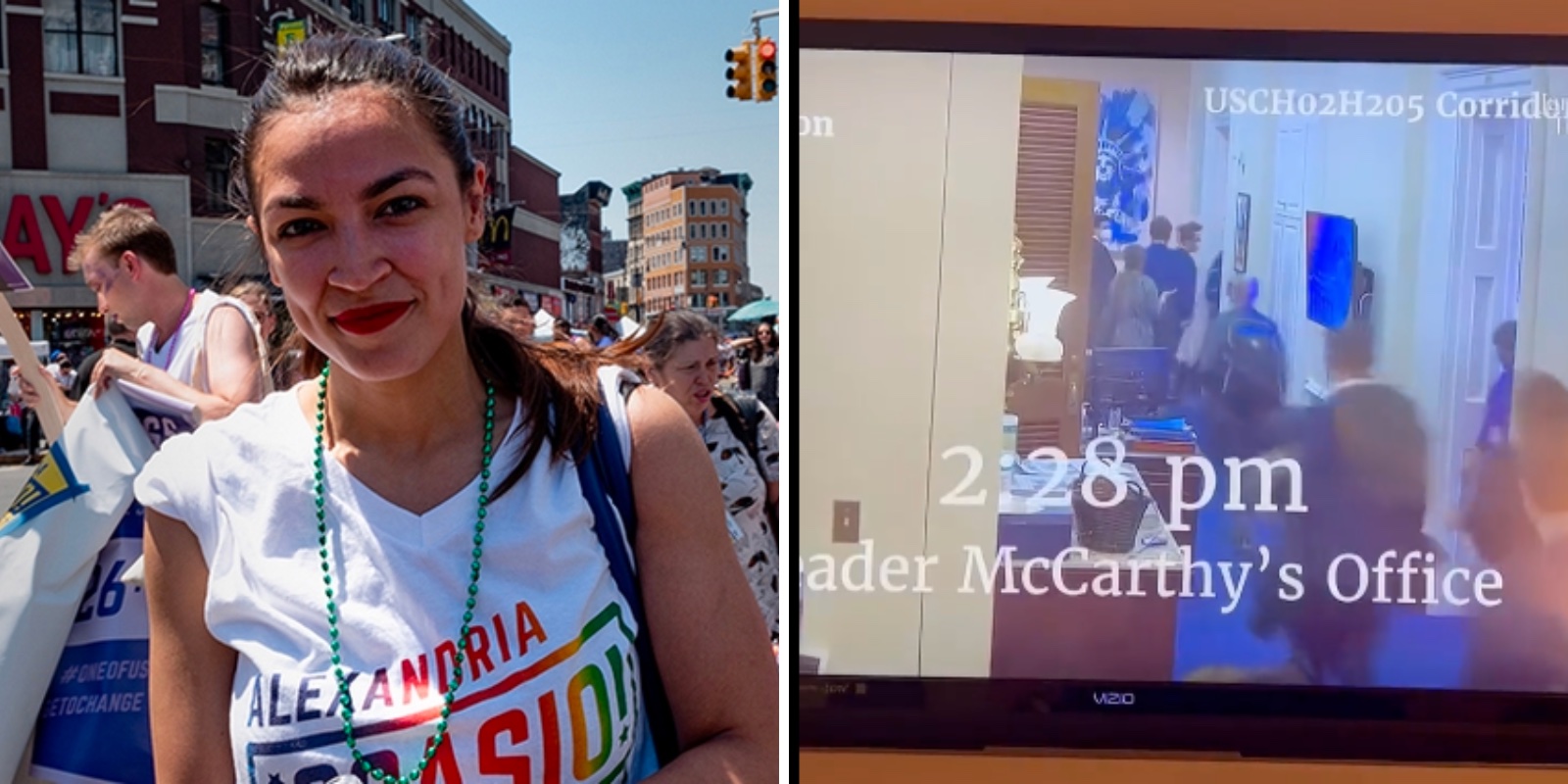 New York Representative Alexandria Ocasio-Cortez wasn't in the Capitol building at the time it was breached by protestors and rioters on January 6, 2021. She was in the Cannon House Office Building, in her office.

Yet as her House colleagues perform the Select Committee Hearings on the events of that day, AOC has claimed to be re-traumatized by the recounts of the day, and has shared her feelings about being made to remember what it was like to hide out in her office and be far from the action.

"Good Lord," AOC wrote on Twitter. "The way it all comes rushing back into the body. It's like that day all over again." She shared a jumbled video, a recording made using a cell phone to record video shown on a television screen, showing unarmed protestors outside the Capitol facing Capitol Police in riot gear. It cuts to footage of lawmakers and staff evacuating Congress through Rep. Kevin McCarthy's office.

During the breach of the Capitol, AOC was in her office in an adjoining office building. Capitol police, who serve and protect the Capitol, came to check on her and make sure she was okay. In recounting her experience of that day, she said she felt scared of the officer, and later revealed that she had been the victim of a sexual assault in her past, and this is why she was scared, because she was reliving a previous trauma.

At the time, she likened her experience of being nowhere near the breach to that of veterans who had fought in a war, prompting #AlexandriaOcasioSmollett to trend on Twitter, linking her to another famous hoaxter.

She blasted colleague Rep. Nancy Mace, saying that she was "dishonest" in "claiming that survivors are exaggerating are the stories of veterans and survivors in my community who deny themselves care they need & deserve bc they internalize voices like hers saying what they went through 'wasn't bad enough.'"

Now she claims to be traumatized again, due to the Select Committee hearings. The hearings are being produced for television by a daytime television executive who worked for Good Morning America, an ABC morning talk show.

AOC shared 21 seconds of surveillance video of protestors breaching the perimeter of the Capitol, cut with images of congressmen evacuating the congressional chamber. "The screams were everywhere," she said. "This is what American terrorism looks like."

The clip shows hundreds of people heading toward the Capitol dome, a close-up of people running, and then those in the House chamber.

None of those hundreds of people who were arrested and charged in connection with January 6 were found to have firearms, or tools of death and murder that would be used in acts of violence and terrorism.

AOC, however, advocates for protest that makes people uneasy, saying that's essentially the point. After a violent summer of BLM and Antifa riots across the US in 2020, AOC posited in December of that year that making people uncomfortable is what protesting is all about.

Only one person experienced fatal violence on January 6, a protestor names Ashli Babbitt, and she was shot and killed by Capitol Hill Police. The officer was never charged, though Babbitt was unarmed, and as a diminutive woman, posed little threat.

In July 2021 it was revealed that two-thirds of voters wanted an investigation into the widespread violence, looting and rioting that took place over 120 days in the summer of 2020. That was not undertaken by Congress.

The Select Committee, with rhetorical flourishes and references back to everything from the Civil War to the Civil Rights Movement, is working hard to prove that Donald Trump, 45th President of the United States, intended to stage a violent coup, overthrow the government, and keep himself installed as president despite knowing that he'd been voted out.

The House had tried previously to prove these allegations during an impeachment hearing in the days following January 6, as Trump was essentially packing his bags and moving out of the White House at the end of his first and only term. The vote to impeach passed 232 to 197 and the charge was "incitement of insurrection."

The Senate refused to take up the measure, in large part because it makes no sense to spend time and resources on impeaching a president who is no longer in office. However, as the 2024 general presidential election looms, those who oppose Trump are working very hard to make sure that he is not permitted to run for office again. Had he been fully impeached by both chambers of Congress, Trump would not have been legally allowed to seek further public office.

At this time, Trump has not announced an intention to run for president, though he continues to hint that he has made a decision that will make people "happy."