BREAKING: AOC rejects Ted Cruz's bipartisan gesture over Robinhood/Wall Street fiasco, accuses him of trying to get her killed 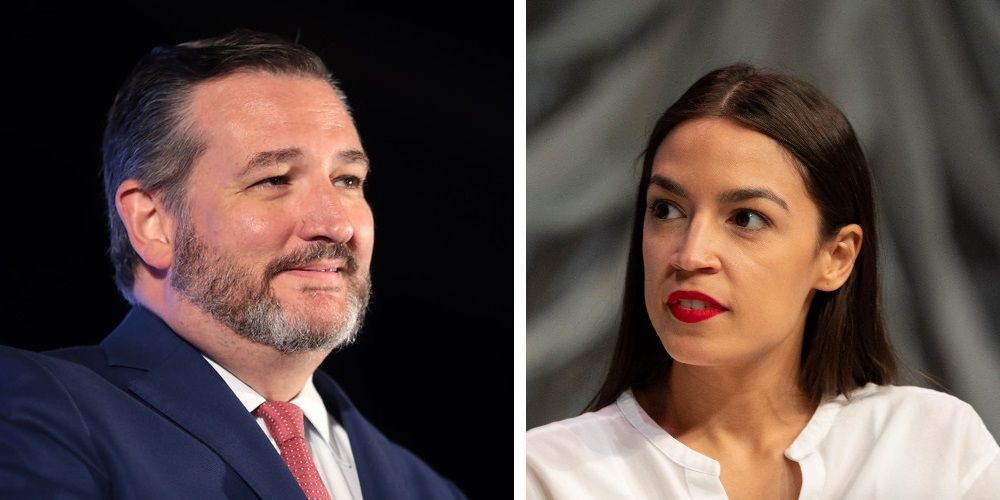 Democratic Congresswoman Alexandria Ocasio-Cortez claimed in a tweet on Thursday that Republican Senator Ted Cruz was trying to get her killed.

The tweet comes as the investment app Robinhood temporarily prohibited users from buying stocks in GameStop, AMC Entertainment, and other companies which have been subject to a short squeeze by users of the subreddit r/wallstreetbets.

As a result of the short squeeze, GameStop and other companies saw their stock prices suddenly skyrocket in what industry observers have described as "unprecedented." The rising stock prices have cause billions in losses for some hedge funds which were shorting the stocks.

As hedge funds and industry leaders cried foul play, Robinhood chose to temporarily block the purchase of stocks in affected companies, which many have argued constitutes stock manipulation for the benefit of the wealthy and at the expense of the average investor.

Ocasio-Cortez, watching these events unfold, suggested that an investigation of Robinhood's conduct may be in order. Ted Cruz tweeted in agreement.

However, Ocasio-Cortez indicated that while she would be willing to join a bipartisan effort to investigate Robinhood, she would be unwilling to work with Cruz, accusing him of "trying to get [her] killed" and suggesting that he should resign.

The accusations from Ocasio-Cortez stems from the recent storming of Capitol Hill by pro-Trump rioters on Jan 6. The rioters were upset over unsubstantiated claims that the election was rigged in favour of now-President Joe Biden. Ocasio-Cortez has repeatedly said that she thought she was going to die during the riot.

"You haven’t even apologized for the serious physical [and] mental harm you contributed to from Capitol Police & custodial workers to your own fellow members of Congress," she wrote in another tweet on the matter, further accusing him of having "a role" in the deaths of people who were killed at or committed suicide after the Capitol riot.

She also blamed Republican lawmakers such as Ted Cruz for helping to incite the riot by objecting to the counting of electoral college votes on the same day.