"Women are women, and they have the right to compete against other women, and have the same opportunities as men to advance in the athletic endeavors." 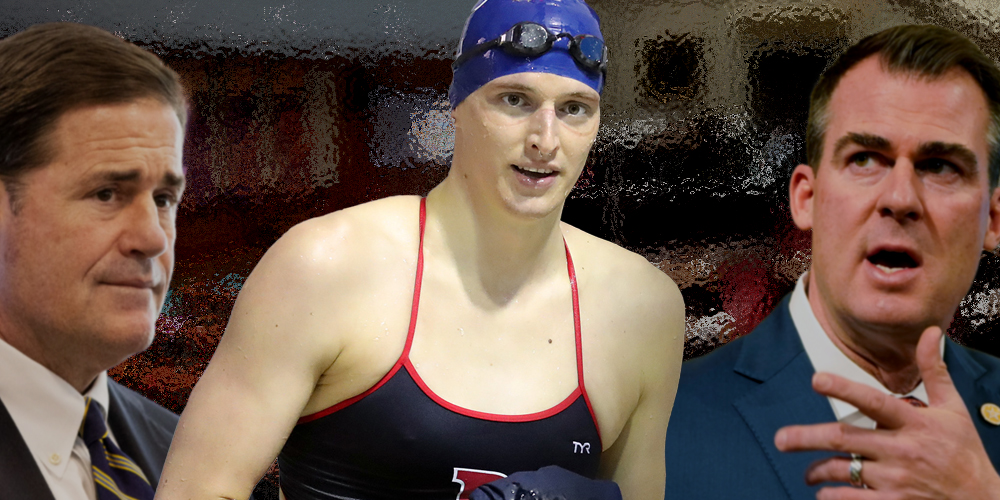 Both Arizona and Oklahoma state legislatures on Thursday approved "Save Women’s Sports" bills and have sent it to the desks of their respective governors for final decisions.

The underlying motivation at play in each of these cases stems from the recent win of the NCAA by controversial athlete Lia Thomas, a biological male who identifies as transgender and competes on the women's swim team.

The Arizona House voted to approve a ban on biological males from being able to compete on female sports teams, and approved a ban on gender-reassignment surgery for minors.

The Associated Press said it was unclear whether or not Arizona Governor Ducey would sign the "Save Women’s Sports Act" bill (SB 1165), pointing to how the governors of Indiana and Utah vetoed such measures when reaching their desks.

Activist groups such as the ACLU have called on Ducey to join the pair of vetoed states.

Details within the bill specify that men and women can compete together in circumstances where it’s a "COED" or "MIXED" sporting event. But the overall stating reasons therein state that men have more natural testosterone over women, and that even a year of testosterone suppression (as the International Olympics Committee requires for biological males) doesn’t even out the playing field in the case of transgendered athletes.

The New York Post described the votes in Arizona as being mostly along party lines. Republicans like Rep. Shawnna Bolick argued SB 1165 was "all about biology," and recalled playing on a coed sports team herself back in the 1980s.

Beyond making claims about the right or wrong "side of history," Democrat State Representative Mitzi Epstein asserted that transgendered athletes dominating against biological females are an exception to the rule.

This while her colleague, Rep. Kelli Butler, was said to be on the verge of tears as she commented SB 1165 is "...legislating bullying against children who want to participate in sports."

As for Oklahoma, a local outlet described how the state’s Senate approved the "Save Women’s Sports Act" in a vote of 37 to 7. One Democrat Senator, J.J. Dosset, voted with Republicans in approval for SB 2.

Republican Julie Daniels of the Oklahoma State Senate argued in favor of the bill by saying: "Women are women, and they have the right to compete against other women, and have the same opportunities as men to advance in the athletic endeavors that they are good at."

State Senator Michael Bergstrom, the bill’s author, brought up how biological male Lia Thomas won the NCAA championship. "The women that competed in that were angry that this was allowed to happen."

In dissent was Democrat Senator Carri Hicks, who expressed disappointment. "I'm disappointed that this is the path we are taking in the guise of solving the problem that we admit does not exist in the state of Oklahoma."

The next step for the bill is Governor Stitt’s desk, where he has up to five days to decide whether or not to veto it.

Controversy surrounding Lia Thomas picked up steam at the NCAA competition, as it put a public spotlight on the intimidation that biologically female swimmers are facing having to compete against a biological male. Journalist Savanah Hernandez interviewed a swimmer close to the situation, but ended up having her viral reporting removed by Twitter.