"I'm a woman, just like anybody else on the team." 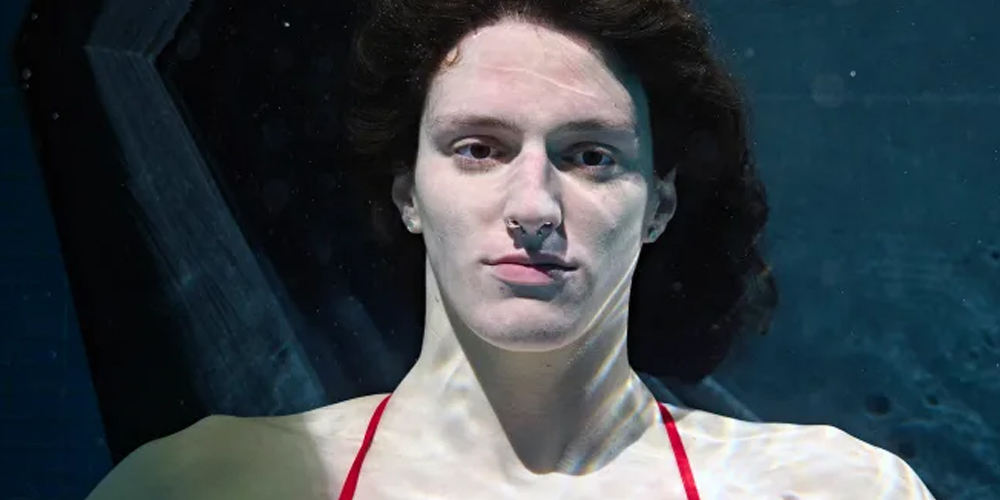 Sports Illustrated's interview with transgender swimmer Lia Thomas was published on Thursday, where the athlete doubled down on her gender identity and hinted at wanting to compete in the upcoming 2024 Olympic Games.

Unsurprisingly, the interview serves as a reaffirmation to "transgender good, biology bad" ideologues and doesn't explore opposing concerns surrounding the issues that have become hot topics in classrooms and in women's sports.

That is to say the underlying worries about "women are now third-class citizens" is not addressed by the glowing Sports Illustrated interview at all.

The Sports Illustrated interview was long anticipated because of how the University of Pennsylvania transgender swimmer drummed up so much national attention. The magazine ended up being the outlet that she'd talk about it all with.

The writer of the interview set Thomas up as someone who's apparently shy and yet beset by the politics of her situation. Sports Illustrated doesn't shy away from admitting the contrast in results Thomas has swimming with the women's league, even mentioning: "Thomas says she has ambitions to compete beyond college, which could set her on a course to be Ledecky's teammate at the 2024 Games in Paris—and perhaps challenge Ledecky's Olympic records."

The Sports Illustrated trumps up the criticisms against Thomas as "hate" without exploring the substance of that critique. The article says UPenn's social media handlers "turn off comments" on social media posts that mention Thomas in order to ignore negative feedback about their transgendered "star."

"I'm a woman, just like anybody else on the team," Thomas insisted.

But the framing of this backlash is that it's set to explain why Thomas is closed off, even choosing her words carefully when speaking to the adoring press.

What we learn of her background is that Thomas joined UPenn and wanted to follow in her brother's footsteps. After what's described as feeling "off" and some help from Google, UPenn was more than happy to pair Thomas up with a transgender mentor to facilitate those thoughts further.

Through the power of confirmation bias, Thomas decided she was transgender before "coming out" to her brother and parents about her identity.

However, being second place in the 2018 - 2019 season left Thomas miserable, which she now chalked up to gender dysphoria taking a toll on her. The way that Sports Illustrated framed Thomas taking hormone therapy relies more on how it was a detriment to the swimmer competing against biological males.

"I felt, mentally, a lot better and healthier pretty quickly. The relief it gave me was quite substantial," Thomas said about starting HRT treatments like a miracle cure.

That's not an exaggeration. "I’ve been reinvigorated. I’ve been swimming for 17 years, but for [only] a short part of that time have I felt fully engaged," is what Sports Illustrated printed as an exact quote from Thomas.

The toxic politics created as a result of what Thomas injected into weakening the UPenn swim team's social cohesion plays second-fiddle to Sports Illustrated's primary focus. Previous reporting on the chemistry between Thomas and the rest UPenn team has shown a tedious dynamic, at best.

While Thomas displays "her male genitals when changing," an anonymous teammate conveyed how the transgender swimmer claims to also be attracted to women. This leaves some to wonder if that qualifies as being lesbian.

UPenn teammates uncomfortable with Thomas being in the women's locker room have no one to complain to. When they do, they've been told to just put up with it.

Members of the UPenn women's swim team anonymously pushed for the school to kick out Thomas last month per an NCAA transgender policy change. But the 16 swimmers behind the letter didn't want to be identified amid fears of retaliation.

The main concern surrounding Thomas is how they were able to dominate both against biologically female swimmers as well as other transgendered competitors. It led many to question the factor of testosterone in not only qualifying for the Ivy League Championship, but ending up obliterating the rest of the race.