"It's definitely awkward because Lia still has male body parts and is still attracted to women," a teammate of transgender identified swimmer Lia Thomas said. 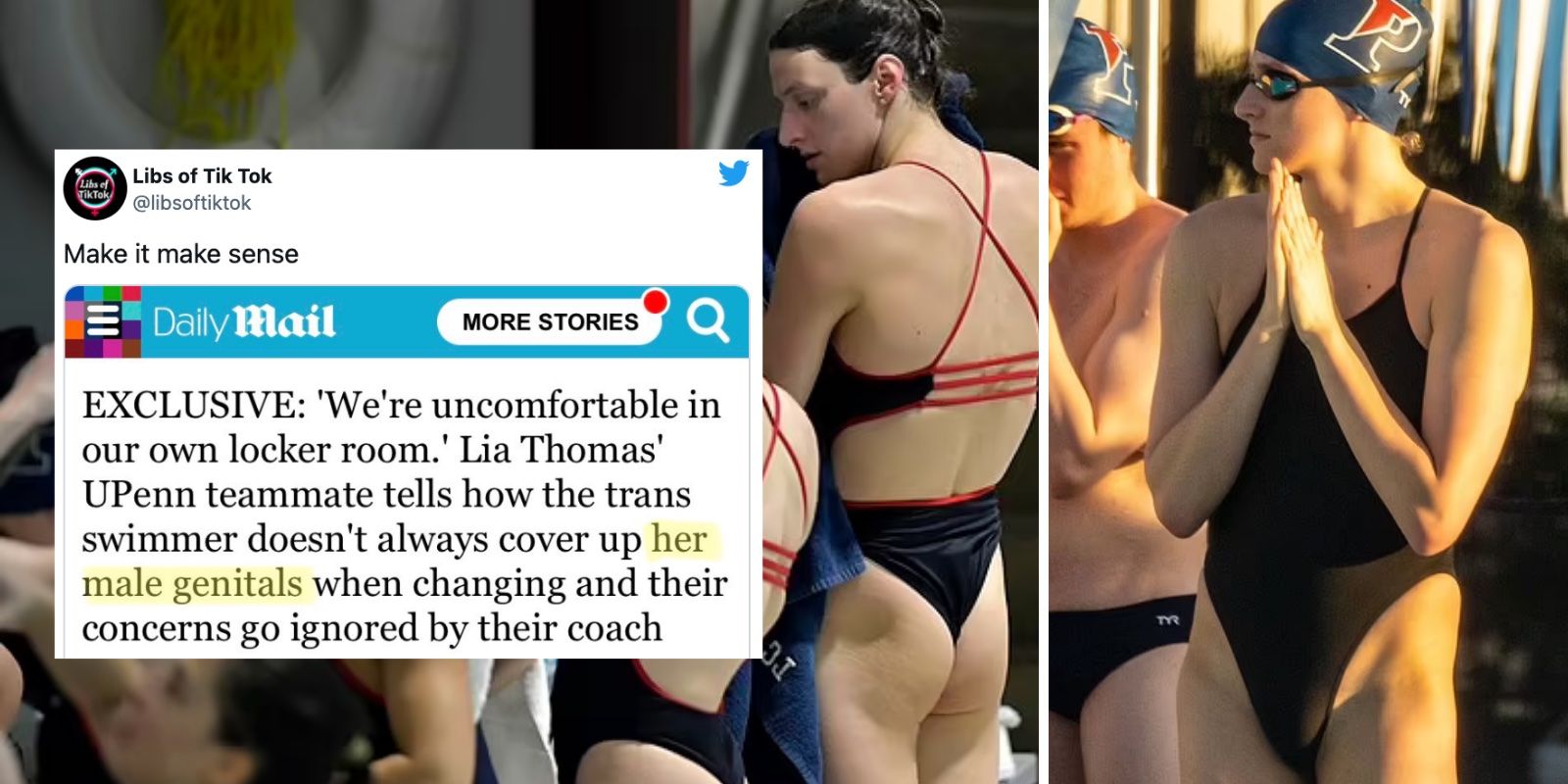 Teammates of the UPenn's women's swim team's top swimmer have been speaking out, sharing their concerns anonymously for fear of retaliation. What continues to emerge is that the women on the team feel "uncomfortable" around their biological male teammate, Lia Thomas, and don't feel that it's fair that Thomas competes on the women's team. The latest report from The Daily Mail is from an anonymous teammate of Thomas' who said of the team "we're uncomfortable in the locker room."

"It's definitely awkward because Lia still has male body parts and is still attracted to women," a teammate told The Daily Mail. Thomas, who continues to dominate the league with race times that are far below that of the league's female competitors, often does not cover up the "her male genitals when changing" and told teammates that "she dates women." It's unclear if that means that Thomas identifies as a lesbian.

"We were basically told that we could not ostracize Lia by not having her in the locker room and that there's nothing we can do about it," the source continued. Apparently teammates have complained to the coach, trying to get Thomas to change somewhere that is not among the women on the team, but the concerns have fallen on deaf ears.

According to the Daily Mail, the teammate went on to state that she feels Thomas "appears to enjoy all the attention" and doesn't give a thought to how it affects the rest of them.

"We basically have to roll over and accept it, or we cannot use our own locker room," continued the teammate.

"It's really upsetting because Lia doesn't seem to care how it makes anyone else feel. The 35 of us are just supposed to accept being uncomfortable in our own space and locker room for, like, the feelings of one," she said of Thomas.

"The school was so focused on making sure Lia was okay, and doing everything they possibly could do for her, that they didn't even think about the rest of us," the swimmer said of her biological male teammate.

There was a boycott planned by the UPenn swim team, but they later backed out of it over concerns that it would affect their eligibility for future meets.

Thomas, 22, has not spoken publicly on the matter but has apparently come to an agreement with Sports Illustrated to share the story of being a biological male who identifies as transgender and handily beats women in swim competitions in an exclusive interview.

The teammate said that "There are a lot of cowards who don't want to cause any kind of conflict or worry that they might get looked at the wrong way," she said of those who are worried about speaking up for fear of retaliation.

"If this gets a little bigger," she said, "I might go on the record, but I'm definitely a little afraid. What I'm afraid of is that potential employers will Google my name and see commentary about things I said and think 'oh, this person's transphobic,'" she said.