"It's a political statement, I'm not going to lie," board member Hildy Angius said. She explained that they had done it in 2020, adding, "It doesn't hinder us. It's not going to hold us liable. It's, again, a statement of solidarity." 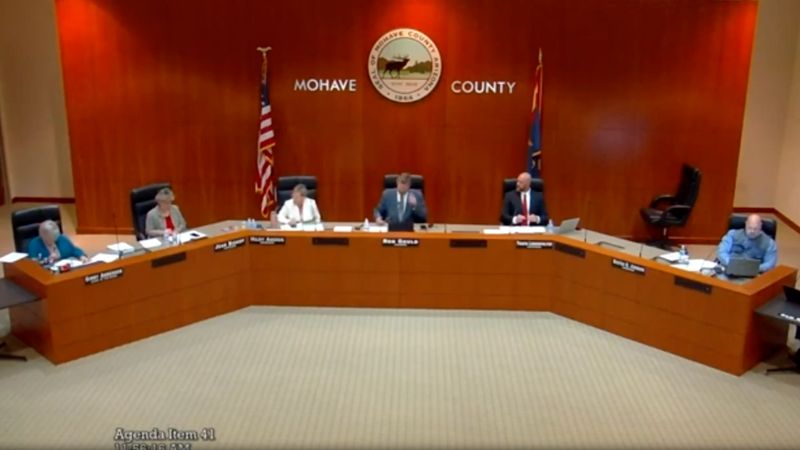 On Monday, the Board of Supervisors in Mohave County voted to delay the certification of midterm election results in solidarity with those disgruntled with the voting issues citizens faced in Maricopa County.

The move, which was referred to as a "political statement" of "solidarity" comes as many across Arizona and the country continue to scrutinize the drawn-out process that resulted in Democrat Katie Hobbs being elected governor over Republican Kari Lake.

"It's a political statement, I'm not going to lie," board member Hildy Angius said. She explained that they had done it in 2020, adding, "It doesn't hinder us. It's not going to hold us liable. It's, again, a statement of solidarity."

As Fox News reports, Mohave County did not experience any issues with their election processes, and the decision to delay certification until November 28 was made via a split vote.

Wright explained that the Elections Integrity Unit had become concerned that Maricopa County had not been in "lawful compliance with Arizona election law," citing numerous first-hand accounts of issues such as non-uniform printer configuration settings, improper tabulation, and poorly trained poll workers.

"Arizonans deserve a full report and accounting of the myriad problems that occurred in relation to Maricopa County’s administration of the 2022 General Election," Wright wrote. "As the canvass is looming, and these issues relate to Maricopa County’s ability to lawfully certify election results – the Unit requests a response to the aforementioned issues on or before Maricopa County submits its official canvass to the Secretary of State, which must occur on or before November 28, 2022."

Lake has continued to put pressure on officials in Maricopa County, questioning the way things played out on an Election Day that turned into an Election Week. Much of her concern centers around the numerous small batch drops that occurred in the days following November 8.

Mohave is not the only county that has moved to delay certification; on Friday, Cochise County did the same citing potential issues with their vote-counting machines. Despite everything being checked over by the state Elections Director Kori Lorick on Monday, Lorick told the county that if the certification is not handed in by December 5, all votes in the county would go uncounted.