Arizona Governor declares state of emergency at the border

"If this administration isn't going to do anything, then we will." 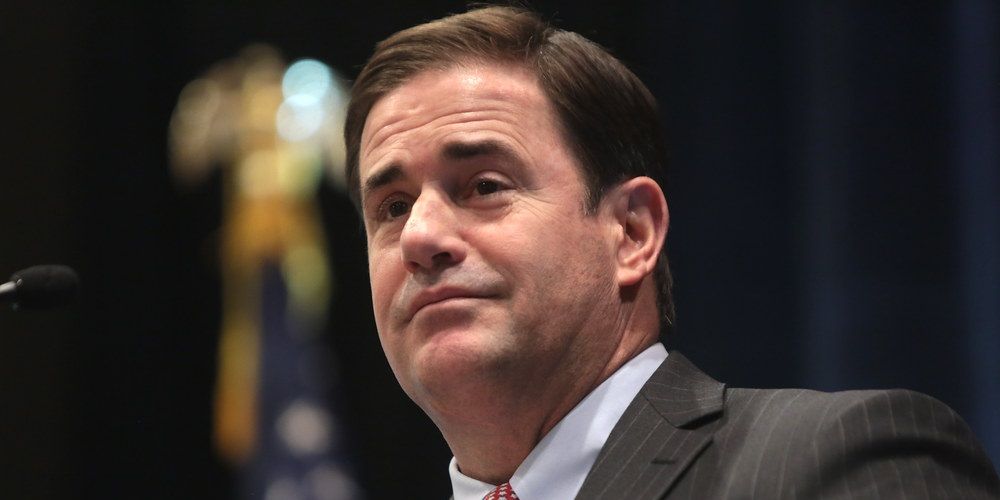 The state of emergency is coupled with $25 million in funding for the mission, a number which the Governor's office says could increase.

National Guard troops deployed to the border will be involved with setting up, maintaining, and monitoring border cameras, assisting in providing medical attention in detention centers, and analyzing satellite footage of the border.

"The US Border Patrol is overwhelmed. Local law enforcement and mayors are calling out for help," Ducey said of the situation. "Citizens and our border communities are concerned for their safety and nonprofits, left to pick up the pieces of broken federal policies, are strained."

Ducey further criticized the Biden administration for their handling of the border, saying that he used to think that they are "totally divorced from reality.

"Now, at times it seems like they fully understand the reality and they're putting their heads in the sand and trying to ignore it anyway," he said.

"It's become evidently clear that Arizona needs the National Guard, and the White House is aware of that," Ducey said in a press release. "Yet, to this day, there has been no action from this administration, and it doesn’t look like they are going to act any time soon.

"If this administration isn't going to do anything, then we will."

The press release pointed out that 170,000 migrants have been apprehended along Arizona's border with Mexico in March alone, 19,000 of whom are unaccompanied minors.

The Biden administration has received intense criticism from Republicans as the number of migrants crossing the border skyrockets, a trend which began in January of this year. Republicans have argued that Biden's pro-amnesty positions on illegal immigration coupled with the Democratic Party's lax approach to border control has encouraged illegal immigrants to flock to the United States.

The Biden administration, however, has been reluctant to describe the situation at the border as a "crisis," and has accused the preceding Trump administration of causing the crisis.