However their Senate voted to include it, which means the two chambers will have to iron out the differences next week. 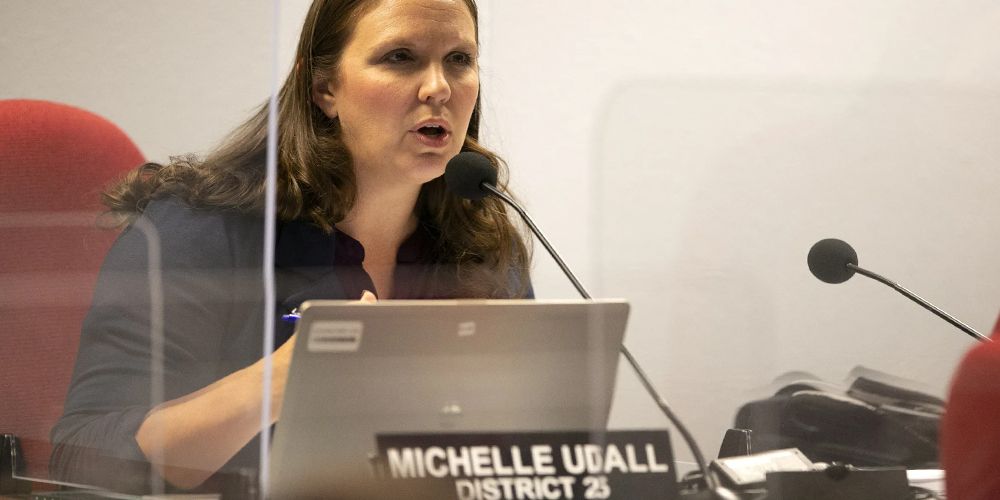 The Arizona House of Representatives voted to block an amendment that would have expanded student choice for schools by way of the state’s voucher program, which would've given parents the choice to pick where their children went to school.

It was back in April of this year that Arizona State Rep. Michelle Udall seemingly promised to vote in favor of student needs. "Excited to allow more flexibility for schools to meet the needs of ALL students," she tweeted.

Udall’s immediate remarks at the time were for a separate bill, HB 2862. Fast forward to June and it appears that she doesn’t still stand by that belief.

The Arizona House voted on an amendment to a budget bill, HB 2898. Despite the amendment’s passage in the Arizona Senate, Rep. Udall, Joanne Osborne and Joel John joined Democrats in voting against school choice.

The House put the proposal to expand a school voucher program to cover most of Arizona’s public schools into a separate amendment. Which meant people could vote on this funding "students instead of systems" matter separately from the rest of the budget.

For specifics on what that phrase means, AZCentral explains.

“ESA accounts allow eligible parents to take funds from public schools and spend them on private school. Students who qualify get 90% of the funding that would have gone to their school districts, with money loaded onto debit cards that can be used for private school, tutoring and therapy.”

Now it creates a conflict between what the Arizona Senate approved, versus what their House of Representatives just passed.

Regardless, the rest of the bill’s contents seem to be in agreement. This includes the parts that pertain to the teachings of civics and US citizenship, as well as a curriculum that explores why communism and totalitarianism conflict with American values.

In that sense, Arizona follows a move made by Florida earlier this week.