The lawsuit marks the first against the new vaccine requirements announced by the Biden administration last week, which affects both federal employees and private sector businesses. 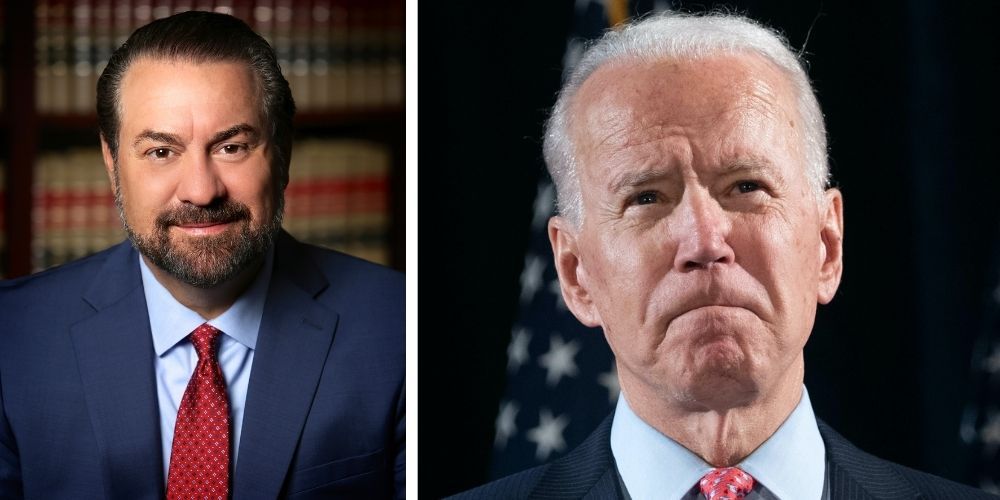 "The federal government cannot force people to get the COVID-19 vaccine. The Biden Administration is once again flouting our laws and precedents to push their radical agenda," said Brnovich.

As part of Biden's announcement last week, he stated that businesses with more than 100 employees must require their staff to either get vaccinated against COVID-19, or be subjected to weekly testing.

"We've been patient but our patience is wearing thin and your refusal has cost all of us," said Biden during his announcement Thursday. "This is not about freedom or personal choice. It's about protecting yourself and those around you."

The announcement by the Biden administration has received pushback from Republican lawmakers and governors, as well as private businesses, many of whom say they will be suing the administration as well.

The Arizona lawsuit outlines the stark contrast between mandates for Americans and the lack of mandates for migrants crossing into the United States illegally across the nation's southern border with Mexico.

Though around 40 percent of those crossing the border, which has reached another historic high in July of 212,000 encounters, have been expelled under Title 42 public health protections, many migrants have been released into the US.

"Upon information and belief, Defendants also do not impose weekly COVID-19 testing requirements on aliens who have unlawfully entered the United States, as it plans to do for unvaccinated employees of private employers covered by the planned ETS from OSHA," states the lawsuit.

"There can be no serious or scientific discussion about containing the spread of COVID-19 that doesn't begin at our southern border," Brnovich said.

The lawsuit argues that the mandates, or lack thereof, allegedly violates the Equal Protection Clause by favoring migrants over American citizens. The Equal Protection Clause, according to the lawsuit, "guarantees equal protection of the laws and forbids the government from treating persons differently than similarly situated individuals on the basis of race, religion, national origin, or alienage."

"Although the precise contours of the federal vaccination mandates are not yet clear, the violation of the Equal Protection Clause is already evident and egregious," the lawsuit states says. "In a nutshell: unauthorized aliens will not be subject to any vaccination requirements even when released directly into the United States (where most will remain), while roughly a hundred million U.S. citizens will be subject to unprecedented vaccination requirements."

"This reflects an unmistakable -- and unconstitutional -- brand of favoritism in favor of unauthorized aliens," it adds.

The lawsuit also cited a retweet from White House chief of staff Ronald Klein, which claims that the mandate from the federal government was the "ultimate work-around" to require vaccines for the nation. "The inadvertent admission in the preceding paragraph makes all of the administration's actions constitutionally suspect," it says. "These other violations will be the subject of future challenges."