Democratic Atlanta Mayor Keisha Lance Bottoms is claiming that the spike in the city's crime rates can be blamed on the early easing the pandemic's restrictions in Georgia by the statehouse GOP. 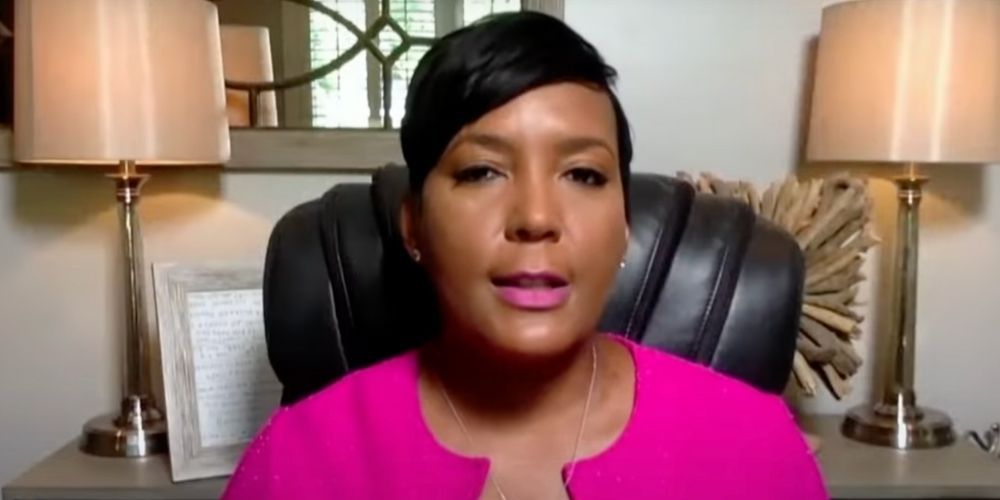 Democratic Atlanta Mayor Keisha Lance Bottoms is claiming that the spike in the city's crime rates can be blamed on the early easing of COVID-19 restrictions in Georgia by the statehouse GOP, according to an interview with MSNBC on Friday.

According to data from Atlanta Police Department used in the broadcast, shooting incidents are up 40 percent, rape is up 97 percent, and homicides are up 58 percent from 2020 to 2021. The Atlanta Journal-Constitution states that there were 157 homicides last year, up from 99 in 2019.

Bottoms said that the city is "doing every single thing we can" to tackle the rising crime, adding that leadership is helping by getting young people into summer jobs.

"We're getting at least 1,000 young people to work this summer. That will help until we deal with systemic issues of the gun violence epidemic in this country – how easily young people, people with mental illness can access guns in this country," said Bottoms, also claiming that rising crime can felt all over the nation.

"If it were an Atlanta issue alone then I'd know that there was something that we weren't getting right […] but I'm talking to mayors and hearing from mayors in cities and large urban areas, we’re all experiencing this which means that we all have to work together to find a solution to this gun violence that is gripping our nation," Bottoms said.

"Until we deal with the systemic issues of gun violence in this country, how easily young people, people with mental illnesses can access guns in this country, I'm afraid that this will not be the last summer that we are having this conversation," Bottoms continued. She added that Georgia opened up before most states, contributing to an increase of people traveling to the area to "party."

"Remember in Georgia we were opened up before the rest of the country, even before the CDC [Centers for Disease Control and Prevention] said that it was safe for us to open so our night clubs and our bars remained open so we had people traveling here from across the country to party in our city," Bottoms said.

"According to the mayor, rising crime in our capital city is everyone's fault but hers. Getting Georgians back to work, back to school, and back to normal didn’t lead to more crime. The left's anti-police, soft-on-crime agenda is to blame," wrote Kemp, echoing Chicago's alderman for the 15th ward Raymond Lopez who criticized Mayor Lori Lightfoot and blamed gangs, not "systemic racism."