Atlantic writer says US just as bad as Nazi Germany

Jemele Hill, writer for The Atlantic, shared her view that the US was just as bad as Nazi Germany, comparing its treatment of African-Americans to the Holocaust. 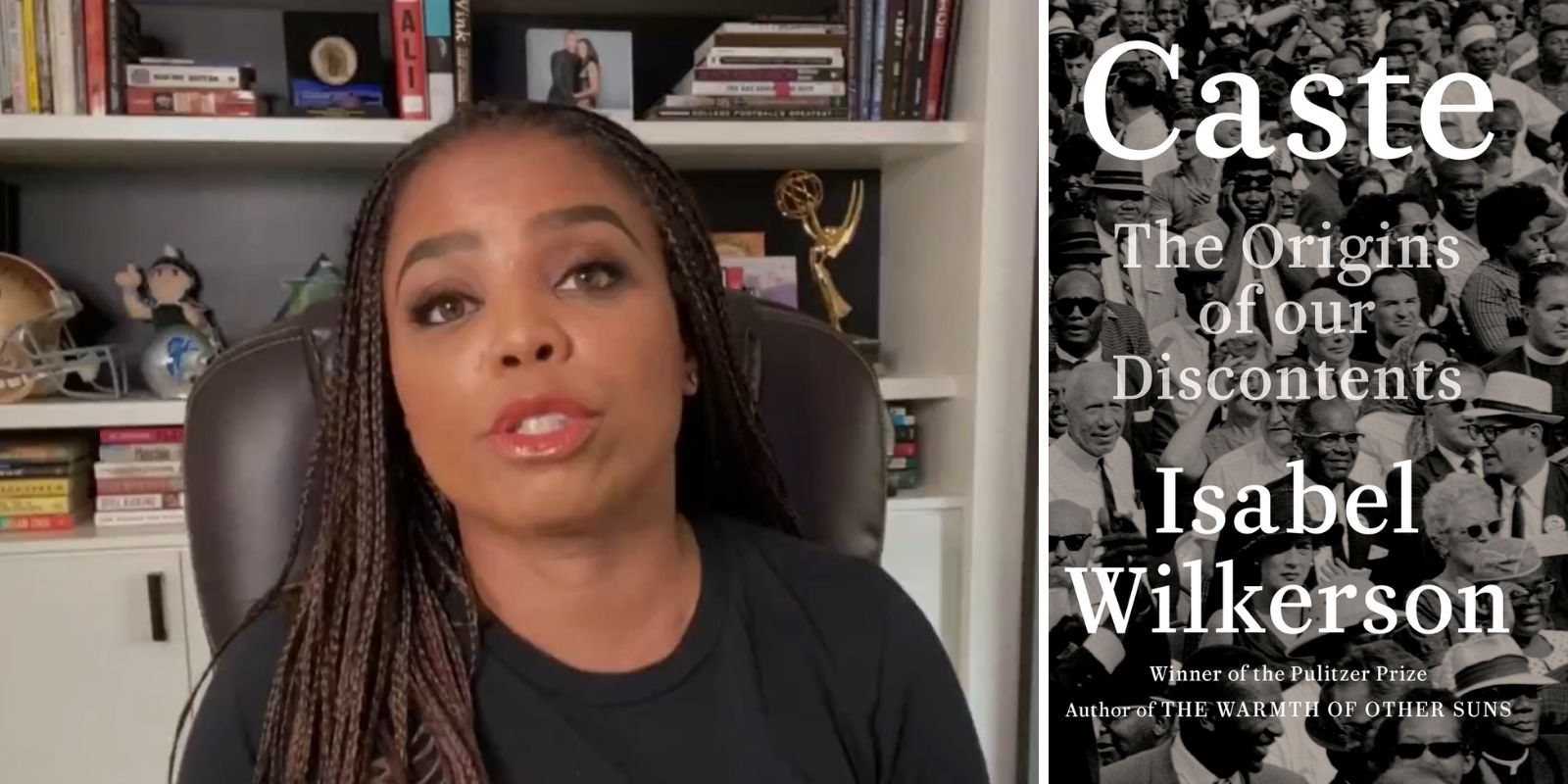 Jemele Hill, writer for The Atlantic, shared her view that the US was just as bad as Nazi Germany, comparing its treatment of African-Americans to the Holocaust.

Hill wrote that anyone who believes that the US wasn't as bad in its treatments of African-Americans as the Nazis were to the Jewish people of Europe doesn't realize "how wrong [they] are."

In 2018, Hill called Donald Trump a "white supremacist." In response to blowback from that statement, she said "I thought I was saying water is wet." She noted that she "didn't even think it was controversial."

Caroline McCarthy simply stated: "saying that the US was just as bad as Nazi Germany is a garbage take."

Hill, who spoke at the Democratic National Convention, was writing in response to a new book called Caste by Isabel Wilkerson, which has made the rounds as required reading among the anti-racist activist set. In it, Wilkerson conflates the Indian treatment of the Dalits, the German treatment of Jews under the Nazi regime, and America's treatment of the African-American people, all while positing that America has a strict "caste" system.

Wilkerson wrote that in each of these three instances, the nations "relied on stigmatizing those deemed inferior to justify the dehumanization necessary to keep the lowest-ranked people at the bottom and to rationalize the protocols of enforcement."

The pushback against Hill's statement was swift and fierce, with many upset that the comparison was made. Still other's took the tack that Hitler, notorious leader of the Nazi regime, took America's treatment of both Native Americans and African Americans as inspiration for his own organized genocide.

Oprah called it "required reading for all humanity," and featured it on her book club. The New York Times called it "an instant American classic and almost certainly the keynote nonfiction book of the American century thus far."

Gad Saad, author and professors, said that in this comparison, Hill was defaming the memory of those who died in the Holocaust. He brought up the conflict of the Lebanese war, which served as the backdrop for his childhood, and shared his believe that Hill was whining "about her country from the comfort of her privileged life."

Dov Hikind, former New York state assemblyman, called the opinion that the US was like the Nazi's "sick, demented, and incredibly ignorant!"

Germany has taken its place leading Europe, and has been largely forgiven for its sins on the continent, but activists hold the US to a different standard of progress.

Hill later clarified her position, in saying that it was a historical comparison she was making, and not one with today. She said that she "was referring specifically to our racial history."

Wilkerson's book tackles the 2016 presidential election, and her belief that the election of President Barack Obama, the nation's first African American president, did not spell progress for the US.

She asks what so many asked in the wake of that election, which was "Why do the white working classes in America vote against their economic interests?"

For Wilkerson, the answer was that those white people who voted against "their economic interests" were instead voting to uphold a "caste system."

She wrote: "Maintaining the caste system as it had always been was in their interest. And some were willing to accept short-term discomfort, forgo health insurance, risk contamination of the water and air, and even die to protect their long-term interest in the hierarchy as they had known it."

Wilkerson suggests, much like Kendi, that the US needs something along the lines of South Africa's Truth and Reconciliation Commission to deal with the fallout from slavery and the mistreatment of African Americans.

Meanwhile, the organization that is working diligently to defund police and enforce equity, BLM, is founded in socialist ideology. The same kind of government that saw to the genocide of millions across Europe, which is being touted by intellectuals as comparable to the American experiment, has led to massive death every time it has been tried.

Conor Friedersdorf, who also writes for The Atlantic, pointed out that it's hard to understand why Marxism is so popular among the leftist intelligentsia, given how deadly that form of government has been.