The Sea Eagles coach, Des Hasler, reportedly told the protesting players that he understood that they were being put in a difficult decision, and supported their decision not to play in the upcoming match. 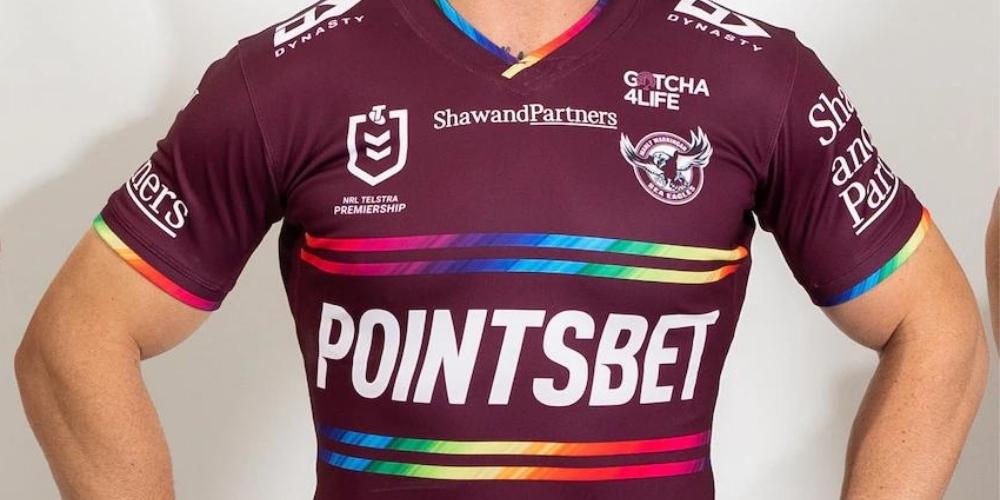 Management of the Australian Manly Warringah Sea Eagles rugby team announced on Sunday that the players are to wear an LGBTQIA+ pride jersey for their upcoming match on Thursday, with rainbow stripes replacing the uniform's traditional white detail.

According to the Sydney-based team's announcement, the "Everyone in League" jersey is something that the Sea Eagles and Dynasty Sport, the manufacturer of the uniforms, have wanted to do "for a number of years now."

"As soon as we got the concept locked in, all parties have contributed to make it what it is and it’s something we’re all really proud of," said Dynasty Sport founder and director Tyler Rakich. "The design itself maintains the iconic Manly DNA with the striped design and maroon but with the subtle inclusion of the rainbow colours which are a nod to inclusivity for Everyone in League."

However, the decision has caused unrest amongst some of the players, who were unhappy that they were apparently not consulted by club management on the uniform change, the Australian Broadcasting Corporation reports.

According to the Sydney Morning Herald, players Josh Aloiai, Jason Saab, Christian Tuipulotu, Josh Schuster, Haumole Olakau’atu, Tolutau Koula and Toafofoa Sipley have voiced their concerns to management over the matter, stating they will boycott the Thursday match rather than wear the pride jerseys. All seven are reportedly against wearing the new uniform on cultural and religious grounds.

The Sea Eagles coach, Des Hasler, reportedly told the protesting players that he understood that they were being put in a difficult decision, and supported their decision not to play in the upcoming match against the Roosters team. The winner of the match will take a step forward to playing in the Grand Final of the National Rugby League (NRL) later this October.

NRL legend and former Manly Warringah player, Ian Roberts, who in 1995 became the first rugby league player to come out as openly gay, told The Daily Telegraph of his disappointment at the boycotting players.

"I try to see it from all perspectives but this breaks my heart," Roberts said. "It's sad and uncomfortable. As an older gay man, this isn't unfamiliar. I did wonder whether there would be any religious push back…I can promise you every young kid on the northern beaches who is dealing with their sexuality would have heard about this."