What could possibly make a first time author issue an apology for the pain she had caused, addressed to the entire book community? 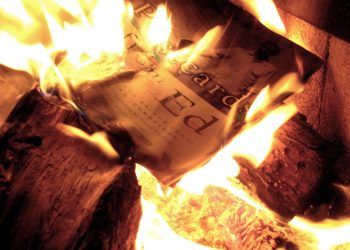 Young Adult (YA) book Twitter freaked out yesterday and through a pile-up mobbing of middle school playground proportions, got author Amélie Wen Zhao to pull her own, upcoming book from the publication queue. Zhao had written a book called Blood Heir, the first in a trilogy "about a princess hiding a dark secret and the conman she must trust to clear her name for her father's murder."

As of January 23, it was slated for release by HarperCollins in May, 2019, and getting positive initial reactions from some reviewers with advance copies, but by the end of yesterday’s twitter mobbing, brought to the attention of the broader Twitterverse by Jesse Singal, the book is off the upcoming list, at least for now.

What could possibly make a first time author issue an apology for the pain she had caused, addressed to the entire book community? This young, Chinese American author, who came to the US when she was 18 and wrote her first novel in fictitious terms about her "own multicultural upbringing and the complex history of [her] heritage that has incidences of bias and oppression" was harassed into pulling her book. Not a tweet, article, or blog post but an entire book. Because woker-than-thou readers, reviewers, and writers in the YA publishing realm decided to reinterpret Zhao's work as being insensitive to issues of race and racism in America.

Zhao wasn't writing about race and racism in America, and, given her background, isn't too steeped in that discourse. Instead she wrote about what so many first time authors write about: their own lives. The story she tells, of this Russo-inspired princess, were drawn directly from her understanding of her own culture, treatment of indentured labor, and incidents of human trafficking. It offered a critique of Chinese culture with regard to these ghastly practices that, as she says in her apology letter, are "...prevalent in many industries across Asia, including [her] own home country."

To recap: a Chinese writer moved to the US when she was 18. She wrote a book about the problems she sees within her own culture, a book she probably could not have written while in China due to the oppressive nature of the Chinese government and its intolerance of critics. She was about to have it published in the US, land of unfettered free speech, where authors are free to write whatever they choose, about whatever they choose, where agents and publishers only have to decide if they want to sell it. When the advance reader copies went out, they were initially received well, with people enjoying the fantasy story Zhao had invented.

Then the internet turned on Zhao, as it so often turns on those who take risks, who actually put their hearts into expressing a story or idea that compels them. It was then mob decided, based in some cases on excerpts and in some cases on vague misunderstandings of the plot, that the book, and Zhao, are racist. The charge of bigotry, the sling, the arrow that will take anyone down at the mere mention, was unleashed on Zhao.

She and her book were called racist because, despite Zhao's being Chinese and writing about her own country and background, she wrote a main character that was perceived of as white, characters with "tawny, bronze," complexions that were perceived of as black, and one of them dies maybe? And another one sings to her dying friend? And victims of human trafficking were sold? And the idea is that the trade in human beings for labor and profit has only ever existed in pre-20th Century United States? So Zhao was being insensitive maybe? Honestly, the whole beef is a little hard to follow, and as Singal points out, it may just be the bitter YA book Twitter expressing sour grapes.

But as with all the rest of this mess we've seen crop up over the past few years, with unsubstantiated charges and anonymous accusations, at issue isn't one new novelist's new novel, but what the mob is doing to our art forms. One of the reviews of Zhao's book, on a site called Ramblebee, was amended to be more negative and critical with regard to race theory after the reviewer read a thread from someone named Kate who describes herself as "your tita [aunt] championing diversity, intersectionality, and giving a damn."

In her thread, in direct reaction to the Zhao situation, she calls out the responsibility of book reviewers: "You have a responsibility to be a conscientious consumer, to do your research, and to call out when it is required ... to be ethical in choosing what you decide to promote to your followers." She goes on to say: "Always remember, when you get called out (because it will happen!) to take the lesson and commit it to heart. Don't whine about being bullied of having hurt feelings. Recognize that you made a mistake. Recognize that you made people feel unsafe."

And there it is. The fighting words. Zhao, by writing a book about her own experience, problems within her country, and a fictional princess trying to solve her father's murder, in a story designed for young adult audiences, made grown ass adults on twitter, many of whom hadn't read the book, feel unsafe. One tweet that really stands out reads "... racist ass writers, like Amélie Wen Zhao, who literally take Black narratives and force it into Russia when that shit NEVER happened in history—you're going to be held accountable. Period." It stands out because Zhao didn't do that at all, not even a little bit, and I say that as someone who also didn't read the book.

Art isn't supposed to be safe, it's supposed to be honest, and honesty does not equal historical accuracy, especially about events you’re not writing about or referencing, and especially in an age when no one can agree what happened even when everyone has watched the exact same tape. The best books are not safe, they introduce us to new ideas, new characters, perspectives and stories heretofore unencountered.

We need to open our minds and hearts. We need to learn what we don't know, not be cowed into only looking at things from one, deeply mired oppression narrative. Our lens of critical race and gender theory has gone from inspiring, enlightening, a new twist on old history, to a box, sealed and taped shut by ignorance, fear, and a yen for relevance.

Not every fantasy story set in a fictional, Russia-inspired kingdom, about a princess searching for her father's killer is about slavery in America.

And to the book reviewers, out there plying your critical trade, tearing down writers who are too problematic for being so bold as to express a narrative and perspective you’ve never considered before, you would do well to remember Yeats' words: "Irish poets learn your trade, sing of things that are well made." And when Yeats says Irish, he's speaking to all of us.