MLB could be back in Montreal as early as 2023

The Tampa Bay Rays are beginning to explore the possibility of splitting home games with Montreal. 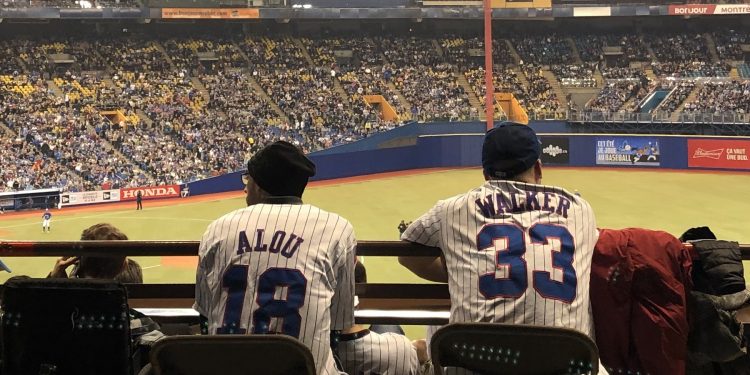 Buckle up, Expos fans. The MLB is once again flirting with the city of Montreal, and their hopes and desires of ever hosting a baseball team again.

According to the Tampa Bay Times, the Tampa Bay Rays are beginning to explore the possibility of splitting home games with Montreal. The plan would face several hurdles before being implemented, which could mean the team stays totally put in Tampa until as late as 2023 or so.

One major hurdle involves the stadium contract for Tropicana Field and the city of St. Petersburgh, FL where the Rays currently play. That contract ends in 2027.

The move would help out the Rays for a few reasons. The Rays are in second place in their division, behind only the star-studded New York Yankees. Despite this, they have the 2nd lowest total attendance in the MLB, behind only their National League-Florida counterparts, the Miami Marlins.

Not just that, but the Rays play the Toronto Blue Jays 19 times a year. This would attract plenty of Jays fans from across Montreal and the province of Quebec, who would otherwise have to travel nearly 6 hours by car to see their home team play.

Montreal already hosts a yearly exhibition game in the Olympic Stadium each year. Despite this year’s game being held on weekdays, attendance still exceeded the 20,000 marker.

Low attendance is nothing new for the Rays, and this alternative could help the team out, by reducing the amount of home games at Tropicana.

“My priority remains the same, I am committed to keeping baseball in Tampa Bay for generations to come,” Rays owner Stuart Sternberg told the Tampa Bay Times on Thursday. “I believe this concept is worthy of serious exploration.”

Rays officials said they would have no further comment until a media session being planned for next week.