"My support of BLM began to erode when this conversation morphed into a diatribe," said Sonia Orlu, the author of 'Why I Don't Support Black Lives Matter.' 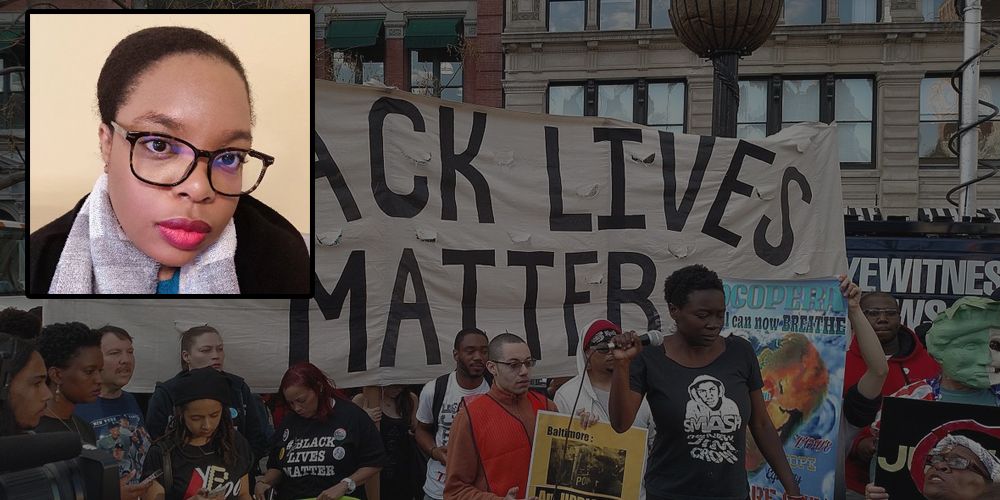 News 1130 radio contacted Sonia Orlu first for an interview. Yet they didn’t bother to notify her when taking it down.

What started as an informal piece last year geared towards family and friends evolved into a formal critique of the Black Lives Matter movement. Ms. Orlu made it clear in an interview with The Post Millennial that: she doesn’t see herself as a victim, acknowledges racism exists, but most importantly that systemic racism needs to be proven rather than asserted.

As of Friday night, Sonia Orlu sits at 60 followers on Twitter. She describes herself as a PhD student in Political Science at Simon Fraser University, Vancouver. "More recently, she has begun studying issues relating to identity politics, diversity and inclusion, and free speech in the era of social media as the new public square."

There are two known statements from News 1130 in relation to the piece.

The difference between the two being: the deleted tweet claimed they were seeking “additional voices” for the story.

Unfortunately no archive exists of the News 1130 piece before it was taken down. When questioned Sonia Orlu said it was a straightforward interview of her paper and didn't believe she said anything too controversial that'd warrant the outlet taking down the article entirely.

What we know is that the News 1130 article was titled “BLM resorts to ‘emotional blackmail,’ argues Black SFU academic.” With the visible part of the lede stating “Claiming Black Lives Matter is founded on a faulty and racially divisive premise, a Black academic shares why she no longer identifies with the…” before cutting off.

A grand total of two people on Twitter linked to the piece directly. A review of tweets directed to @NEWS1130 in the interim of when the article was up, shows no visible public outrage whatsoever of note.

The notion that any “harm” was caused by the piece in question doesn’t seem to exist.

What we’re left with is the author’s own testimony and the paper they wrote themselves. "Support for Black Lives Matter has dominated the mainstream narrative, so I’m at a loss as to why my informed opinion (backed by data) on the movement and it’s organizations doesn’t contribute to “fair and balanced” coverage," tweeted Sonia Orlu, with a link to her paper.

Titled: “Why I don’t support the Black Lives Matter movement.”

"My support of BLM began to erode when this conversation morphed into a diatribe" was really the first eye-opening statement of her thesis. Backed up by examples like the “Hands up, don’t shoot!” fabrication the MSM attributed to Michael Brown.

Orlu signals out the belief by BLM supporters that: 1.) all cops are racists and enjoy terrorizing and/or are working towards exterminating black people. 2.) all white people are somehow complicit in “systemic racism” and this is the number one thing keeping black people down. "I also became disturbed by the neo-Marxist bent of the movement’s rhetoric,” Sonia adds.

When it comes to the use of police force she’s not shy about condemning police brutality. But conversely she’s keen on pointing out that an agenda where cops target black people was not objectively at play in the death of George Floyd. However Sonia cites the case of Tony Timpa where it was apparent that a non-black person was the subject of police brutality. It just didn’t capture mainstream attention.

However she’s clear not to throw western countries having problems with racism out the window. Sonia acknowledges black people being arrested and convicted at higher rates than white people in the US and Canada. She believes there’s important conversation to be had about non-violent offences (especially when it comes to drugs), as well as “social, political, and economic” policies of the past and present that created negative environments for black folks and their families.

It’s worth reading the paper for yourself, and seeing the sources and data cited therein to back up Sonia Orlu’s points.