This legislation is an incredible overreach into the practice of Canadian healthcare providers. The BCNU's support for C-4 is unwise and could put them in direct conflict with their members. 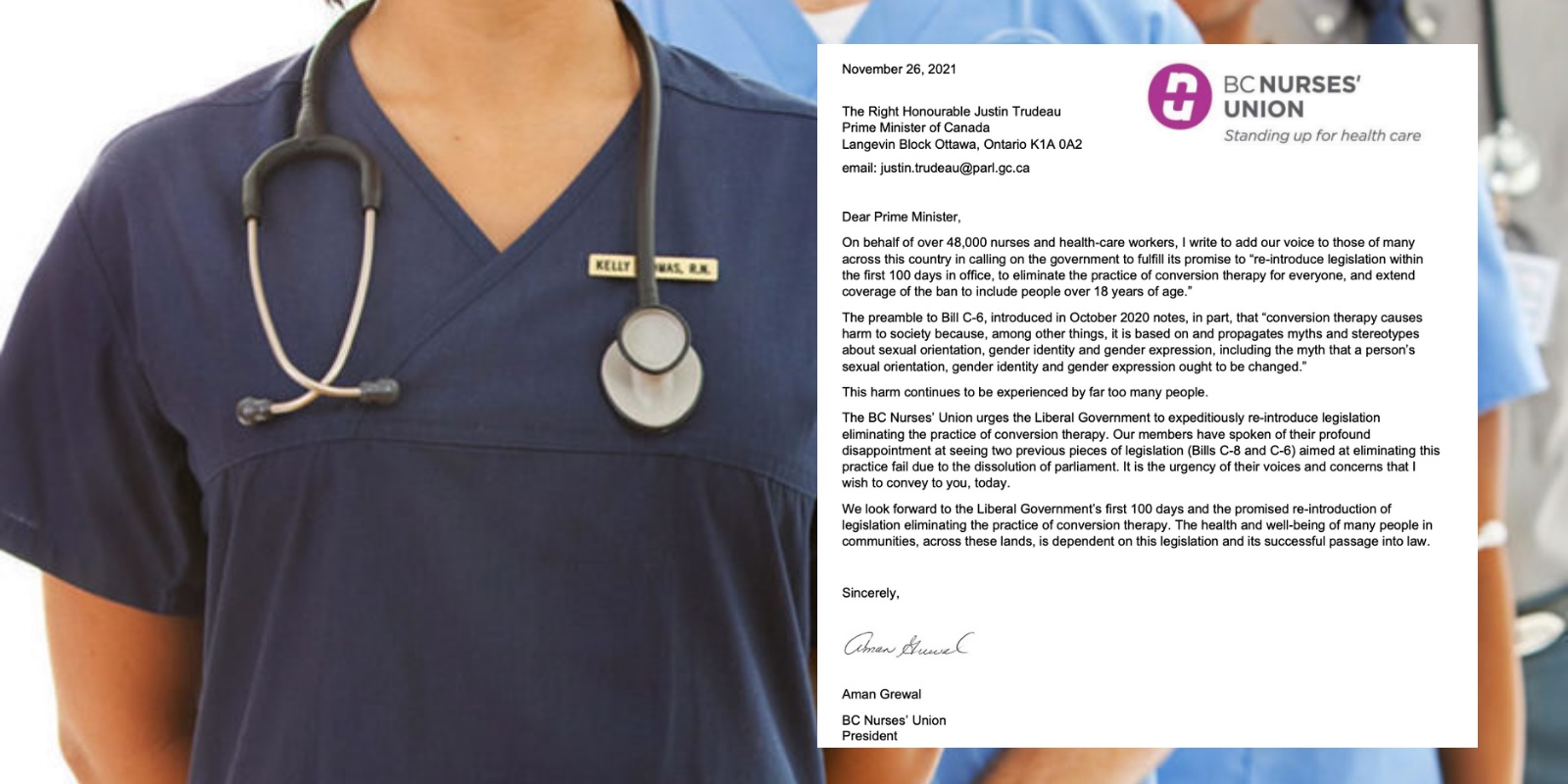 On January 7 of this year, Canada passed into law Bill C-4, An Act to amend the Criminal Code and ban "conversion therapy."

The Bill was contentious, but you wouldn't know it based on how quickly it passed. The legislation made it through the House of Commons and the Senate each in a single day, with zero debate and no amendments. Conservatives and Liberals crossed the floor of the House to hug one another after the vote. If you don't understand how unusual this is, I'll remind you of the "elbowing incident," wherein Prime Minister Trudeau allegedly elbowed a female Member of Parliament in the chest during a debate and was then shouted at by an opposition leader. This is what typifies the sort of inter-party House of Commons interactions Canadians see in the news: juvenile drama, not bipartisan hugs.

And thus, following the hugging incident, Bill C-4 became the first legislation passed under Canada's 44th Parliament. This change is being touted by all parties, except Maxime Bernier's People's Party, as a triumph for human rights. Except it's not. And many Canadians tried to warn the government beforehand.

Bill C-4, which was supposed to ban conversion therapy, sounds great in principle—of course it's barbaric to attempt coercing homosexual persons into heterosexuality. (Was this practice even a problem in Canada? No, but that's another story.) The issue with Bill C-4 was the addition of "gender identity" and "gender expression" into the law. Sexual orientation and gender identity are not comparable phenomena, and "conversion therapy" for each has bipolar meanings and outcomes. Banning "conversion therapy," as it relates to gender identity, will harm gender non-conforming, and usually gay, youth; it will sterilize Canadian children and it will likely frighten Canadian healthcare professionals into providing care that is unethical and not based on evidence. We can expect underage girls to have double mastectomies; and more teenage boys to take drugs that leave them with a micropenis for the rest of their lives.

Academics, clinicians, biologists, feminists, and others have been outspoken about why this type of ban is harmful, and about why other countries are reversing course and rejecting the gender "affirmation only" model that this legislation now enforces under the criminal code of Canada – with threat of prison time. Canadian politicians have ignored us all. They care more about voting for "the right side of history."

Now, imagine my surprise when the BC Nurses' Union – of which I have been a card carrying, due-paying member for a decade – sent a letter to our Dear Leader Trudeau on my behalf and in support of this contentious law.

Days before Bill C-4 passed unanimously, the BCNU urged the Liberal government to reintroduce and pass this legislation. I was not given the chance to opt out or share my view on the matter. The BCNU had no right to support Bill C-4 on my behalf—on any member's behalf—or to tell the Prime Minister how I feel about this issue.

"Dear Prime Minister, On behalf of over 48,000 nurses and health-care workers, I write to add our voice to those of many across this country in calling on the government to fulfill its promise to 're-introduce legislation within the first 100 days in office, to eliminate the practice of conversion therapy for everyone, and extend coverage of the ban to include people over 18 years of age.'

"This harm continues to be experienced by far too many people.

"The BC Nurses' Union urges the Liberal Government to expeditiously re-introduce legislation eliminating the practice of conversion therapy. Our members have spoken of their profound disappointment at seeing two previous pieces of legislation (Bills C-8 and C-6) aimed at eliminating this practice fail due to the dissolution of parliament. It is the urgency of their voices and concerns that I wish to convey to you, today.

"We look forward to the Liberal Government's first 100 days and the promised re-introduction of legislation eliminating the practice of conversion therapy. The health and well-being of many people in communities, across these lands, is dependent on this legislation and its successful passage into law."

This is a terrible Bill that will undoubtedly harm gender non-conforming youth in Canada. It is a myopic, reactionary attempt by Canada's three major parties to gain public favour – and the BCNU's support for this legislation is profoundly unwise because it may put them in direct conflict with their membership.

If you're a Canadian healthcare practitioner, such as a nurse, your practice is controlled at several levels. First, we fall under the Health Professions Act of our province; these Acts provide broad legislation about using a professional title, and how regulatory colleges—the next level of control on our practice—should function. The colleges then define our "scope," or, what types of care we are allowed to perform. Next, our employers create policies to guide our practice specific to our worksites and (ideally) based on the latest scientific evidence. The final control on a provider's practice is their individual competence level, which each professional is responsible for knowing the limits of.

Now, consider that Bill C-4 has passed into law; it is a federal law that amended the Criminal Code of Canada. And it dictates how healthcare providers should behave at the individual level. With the passage of Bill C-4, the Canadian government has come along and said that they know better than scientists, regulatory bodies, researchers, and experienced clinicians. They are telling us how to do our jobs at the level where we interact with patients face-to-face. They are telling us that we could go to prison for up to five years if a patient declares their gender—man, woman, ze, they, whatever—and we respond in any way other than to affirm the declaration on the spot. Because not doing so could constitute "a practice, treatment or service designed to… change a person's gender identity to cisgender"—conversion therapy, according to Bill C-4. It would be illegal to deny the stated gender of a child or adult of any age.

Will Canadian clinicians end up in prison for refusing to comply? While it's unlikely, it is certainly possible. But more certain than that is how this change to our Criminal Code will coerce clinicians into practicing against what the best evidence shows, what is patient-centred, or what they feel is morally and ethically the best way to provide care.

This legislation is an incredible overreach into the practice of Canadian healthcare providers. The Canadian government has no business intruding upon clinical care decisions at this level of practice. And for the BCNU, a union representing nearly 50 thousand nurses, to promote such bad law is astoundingly stupid. I am not even sure if they are aware of the implications of doing this—imagine if the BCNU must one day provide legal representation for a nurse who refuses to provide affirmative care when she knows that it will harm a patient. What then?

To the BCNU, I say: You're a union. You have one job, and that is to represent the workers who pay you to do this. I do not pay you thousands of dollars so you can virtue signal and promote terrible legislation while claiming to represent me. I want my union dues back.