Ben & Jerry's boycott of Israel is one they can afford, but they would never take this approach with larger markets, like China, despite human rights abuses in that nation. 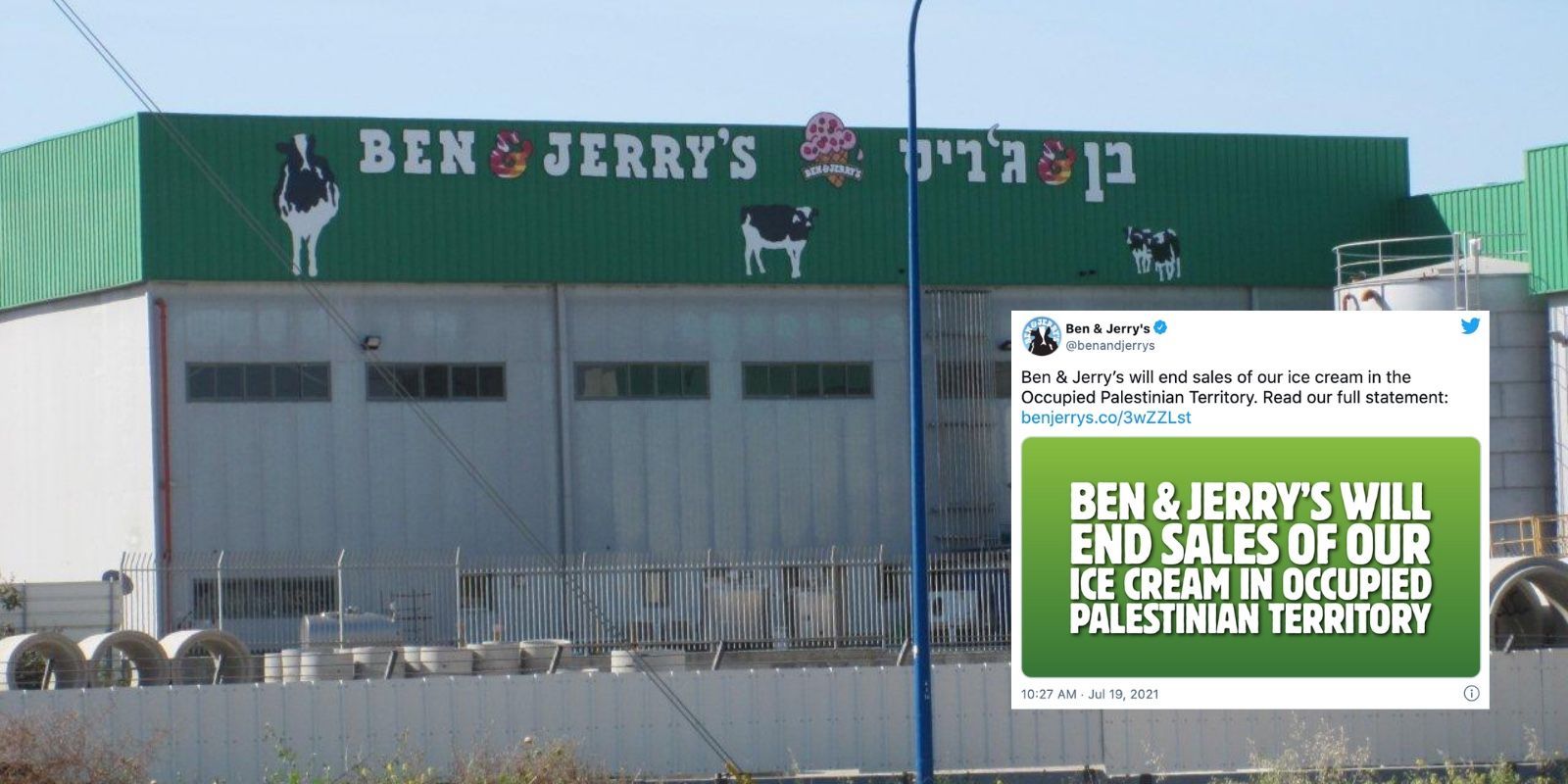 So give it up for B&J! Stuffing that many calories into one modest little tub of ice cream deserves recognition of a sort. It's a good reason for weight watchers to shun this product. But wait, there's more. It turns out there's an even better reason to shun this product. On the list of Hate This, Not That ( an imaginary website of my own creation), B&J and its mammoth parent company Unilever since 2000 currently rank first and second for social-justice hypocrisy.

Luckily, B&J's forthrightness on such unpopular causes as fighting racism has not been an impediment to their success. Their ice cream is sold in 38 countries in the world. Including Israel, where it is super-popular. Which is, in progressive parlance, "problematic" to the Boycott, Divestment and Sanctions movement (BDS), whose ultimate goal is to eliminate Israel as the illegitimate, apartheid Jewish state they fantasize Israel to be. The BDS crowd has been pestering B&J since 2012 to divest from Israel. B&J attempted to remain above the fray. But once BDS gets its hooks into any company, things have a way of coming to a head. And the May Hamas-Israel conflict furnished the opportunity to do just that.

Unlike its deal in all the other countries where their ice cream is sold, the Israeli branch licenced its products to a franchisee. While the real bombs found their material targets in Israel and (in retaliation) in Gaza, the blame bombs found their targets on Twitter. BDS activists harangued B&J's so mercilessly the normally Twitter-addicted company went dark for weeks.

Last week, they caved to the pressure. B&J forbade the licensee to sell ice cream in parts of Jerusalem, including the Jewish Quarter, and all of the West Bank, including areas under Israeli civil administration. The licensee, Avi Zinger, CEO of Ben & Jerry's Israel, was not legally permitted to do that even if he wanted to—which he didn't—as he would be effectively boycotting both Arab and Jewish citizens of Israel in Israel's sovereign territory. The boycott buck stops with Unilever of course. And Unilever is now realizing that in attempting to cut bait with Israel, they have made themselves bait for a repercussive machine.

In the US, federal law proscribes companies from participation in foreign boycotts. That means if the Palestinian Authority asked B&J or its officers to boycott, criminal penalties could fall on Unilever. Moreover, 35 American states have laws restricting government contracts or investments in companies that boycott Israelis or their businesses on the grounds that they are a form of bigotry, which sounds right to me. So if even one of the BDS-banning states forecloses commercial activity with Unilever, that would be a material blow to be sure, but not nearly so staggering as the hit its image would take.

Meanwhile Israeli ambassador to the US Gilad Erdan has sent letters to the anti-BDS states' governors to make this insult to Israel a priority. And Israel's new prime minister, Naftali Bennett, has been in personal contact with Unilever CEO Alan Jope to warn of "severe consequences" for the fiasco. And President Isaac Herzog declared the boycott "a new kind of terrorism." Unilever may rue the day they assumed Israel could be thrown under the bus to appease the BDS jackals. Because what do you know, those Israelis are a strange breed. When you attack them, they defend themselves.

Pardon my Schadenfreude, but anyone with common sense can see that the obsession in the West and Europe with Israel's alleged sins is not about the evils of apartheid, an entirely spurious allegation as has been demonstrated innumerable times, but is all about the fact that Israel is a Jewish state. So I would be happy to see Unilever—whose products are sold in 190 countries, some of them not over-sensitive to human rights—take a huge hit over their misconceived decision, a hit that will deter other activist-appeasing companies from following suit.

To illustrate the scope of the hypocrisy involved in the BDS movement: Between 2015 and 2020, more than 3.5 million people were affected (mostly civilian deaths) in 17 categories of wars, genocides, ethnic cleansings, rapes and beheadings in 32 countries. Six million refugees wander the Middle East. People are killed, tortured and imprisoned without cause in countries like Syria, Iran and Turkey every day, all countries where Unilever operates. You won't find a peep of boycott-related activism about human rights crimes in any of these places.

Then there's China, which provides Unilever with $3 billion US in sales every year, including ice cream. For 22 years Falun Gong practitioners in China have been harassed, subjected to forced labour, organ harvesting and other atrocities; there is a justifiable movement to have their long-enduring plight termed a genocide. Likewise, the Ughyur Muslims, about a million of whom have been herded into concentration camps and suffered forced sterilization amongst other human rights crimes. Neither Falun Gong nor Ughyur Muslims have ever committed an act of terror or rained missiles down on Beijing. Where are the BDS activists? Nowhere to be seen on this file.

Why don't the BDS jackals boycott China? In her most recent column in the National Post, which deals with B&J boycott, former Canadian ambassador to Israel Vivian Bercovici cites the disingenuous words of extreme-left activist and BDS supporter Naomi Klein: "The reason the BDS strategy should be tried against Israel is practical: in a country so small and trade-dependent, it could actually work." Oh, I see. Although trade-dependent, China is too big to boycott.

B&J has never boycotted any other country, nor has the BDS movement ever called for a boycott of any other country. For any reason. Only Israel! Yeah, but that's because it just so happens that all the other prospective candidates for boycott are too big. So it would be wrong to describe the BDS movement as antisemitic. In exactly the same way as it would be wrong to describe a diet consisting of three tubs daily of Chubby Hubby ice cream instead of meals as fattening.