In response to the moves made by DeSantis, as well as Arizona governor Doug Ducey and his Texan counterpart Greg Abbott, the Biden administration is reportedly considering taking legal action. 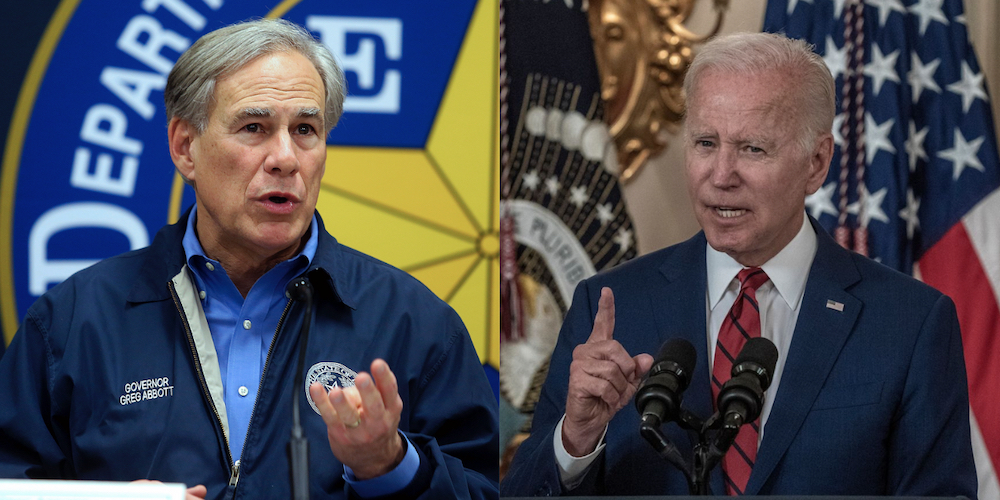 Jarryd Jaeger Vancouver, BC
Sep 16, 2022 minute read
ADVERTISEMENT
ADVERTISEMENT
On Wednesday, Florida governor Ron DeSantis joined a growing number of state leaders who have been moving illegal immigrants to "sanctuary destinations" across the country, sending two planes full of illegal migrants to Martha’s Vineyard in Massachusetts, a state that has supported the Biden administration’s open-border policies.

In response to the moves made by DeSantis, as well as Arizona governor Doug Ducey and his Texan counterpart Greg Abbott, the Biden administration is reportedly considering taking legal action.

According to Axios, White House officials are set to hold a previously scheduled meeting on Friday with members from the Department of Homeland Security as well as the State, Justice, and Defense departments to discuss possible remedies to the situation unfolding north of the border.

On the table, Axios reports, are "litigation options" against the aforementioned governors.

As of August 21, Abbott has sent over 7,000 migrants to Washington, DC since April, including two busloads who showed up at Vice President Kamala Harris’ house on Thursday, and has sent nearly 1,000 to New York City.

His actions are a part of what Texas has termed "Operation Lone Star," created to "fill the dangerous gaps left by the Biden Administration's refusal to secure the border."

On Thursday, Abbott accused Biden of "ignoring and denying the historic crisis at our southern border, which has endangered and overwhelmed Texas communities for almost two years."

Justifying his decision to send migrants directly to Harris’ house, he pointed out that the "border czar" has not even visited the border "to see firsthand the impact of the open-border policies she has helped implement."

DeSantis, similarly, has slammed Democrats for what he called "virtue signaling" about the border crisis.

"The minute even a small fracture of what those border towns deal with every day is brought to their front [door]," he said, "they all of a sudden go berserk and they’re so upset that this is happening."

Many Democrats have condemned the actions of the southern governors, accusing them of using migrants as political pawns.
ADVERTISEMENT
ADVERTISEMENT
Biden_Legal