The Justice Department's court filings state they have reviewed all the boxes and identified some protected under attorney-client privilege. 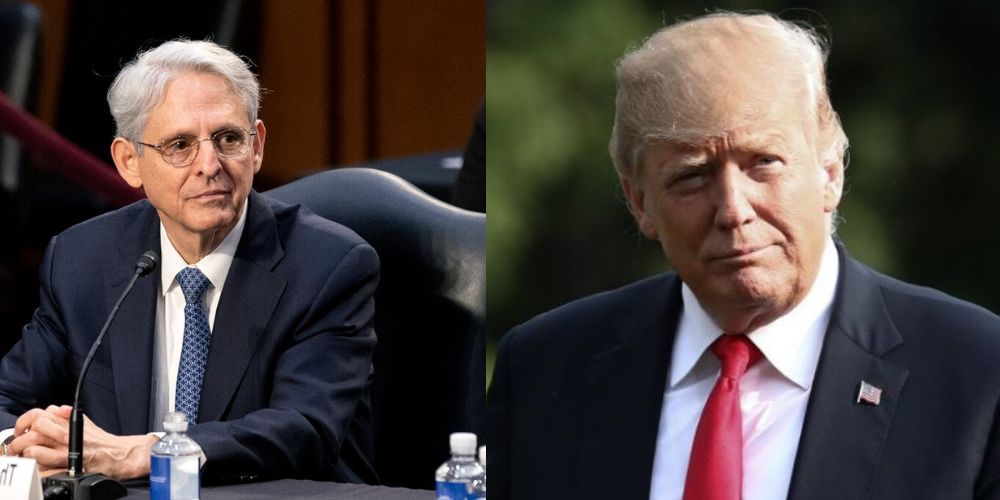 The Justice Department responded Monday to a federal judge's order to hold a hearing this week in order to determine if she will appoint a special master to independently review the documents the FBI took from former president Donald Trump's Mar-a-Lago estate on August 8.

According to the Washington Post, the Justice Department prosecutors said they already appointed an FBI "filter team" that "identified a limited set of materials that potentially contain attorney-client privileged information, completed its review of those materials, and is in the process of following the procedures."

The Justice Department's court filings state they have reviewed all the boxes and identified some protected under attorney-client privilege. The move sets the stage for Merrick Garland's Justice Department to argue that a special master, an independent investigator, does not need to also review the materials as their work is enough to "handle any privilege disputes."

Former President Donald Trump filed a lawsuit in the US District Court in the Southern District of Florida on Monday asking that a special master be appointed to determine what materials from the Mar-a-Lago raid can be used against him in the investigation.

On Saturday, US District Judge Aileen M. Cannon from the Southern District of Florida wrote in her preliminary order, "Pursuant to Rule 53(b) (1) of the Federal Rules of Civil Procedure and the Court’s inherent authority, and without prejudice to the parties’ objections, the Court hereby provides notice of its preliminary intent to appoint a special master in this case."

Judge Cannon said because of "the exceptional circumstances presented" she was issuing the order and set a hearing for September 1 in West Palm Beach, Florida. Further, she ordered the Justice Department to provide a "more detailed Receipt for Property specifying all property seized pursuant to the search warrant executed on August 8, 2022" and gave them until August 30 to respond.

The original property receipt detailed how the feds took boxes labeled A-14, A-26, A-43, A-13, A-33 which contained information covered by attorney-client privilege.

Authorities originally claimed the raid was spurred in response to Trump personally keeping documents covered under the Presidential Records Act. Later the authorities claimed the raid was predicated by concerns Trump violated the federal laws 18 USC 793, or "gathering, transmitting or losing defense information" — a crime that falls under the Espionage Act, 18 USC 2071, or "concealment, removal or mutilation," and 18 USC 1519, or "destruction, alteration or falsification of records in federal investigations."

The former president said the documents that the FBI seized from the estate had been declassified through a "standing order" of Trump's that let him take classified materials from the White House to his private residence so he could work out of office.On Friday, at the request of Judge Bruce E. Reinhart, who authorized the raid, the FBI released the heavily redacted affidavit that resulted in a search warrant of Trump's property.