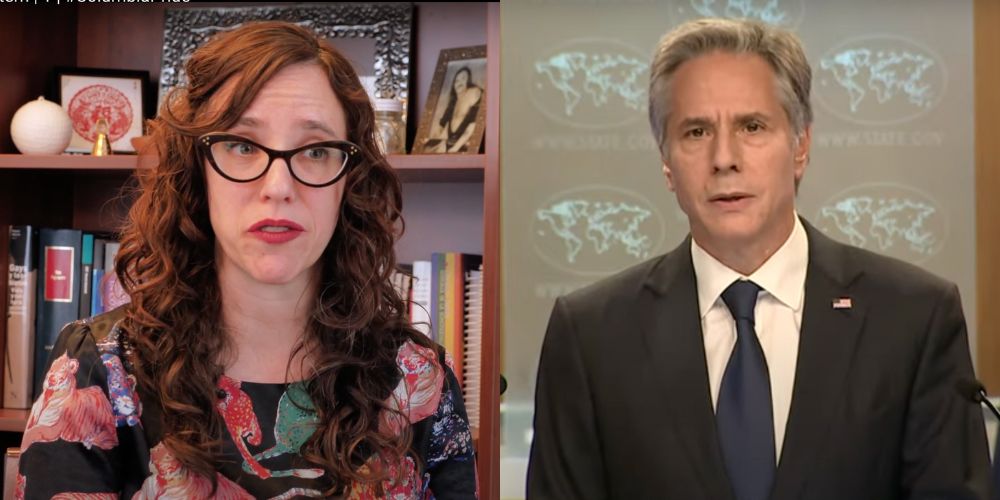 An internal memo from Secretary of State Antony Blinken distributed amongst his staff claimed that the federal government was going to use American embassies in Sweden, Finland, and the UK to push these foreign countries into banning "conversion therapy" of youth who identify as transgender.

According to the City Journal, the directive would transform American embassies and consulates into "global 'gender-affirming' spies that would collect data on the host country and "submit robust information on the so-called 'conversion therapy' practices" back to Jessica Stern, who serves as Special Envoy to Advance the Human Rights of LGBTQI+ Persons.

In June, Biden appointed her to that role which was originally created by Barack Obama and deliberately left vacant by Donald Trump. Biden said, she would be "critical to ensuring that US diplomacy and foreign assistance promote and protect the human rights of LGBTQI+ persons around the world." She previously worked for radical gender ideology activist group OutRight Action International.

Stern's office would receive the conversion therapy intelligence from the respective embassies and aggregate it as "part of the annual Human Rights Reports" which are then used to create an "action plan to combat the practice across foreign policy and foreign assistance lines of effort."

Blinken's move to target these countries comes in an attempt to adhere to President Biden’s Executive Order 14075.

In June, President Biden banned "conversion therapy" for gender identity and tasked various departments in his administration to add resources to bring gender identity to the forefront of their programming and services. His new order stated that so-called conversion therapy must be banned across the country and clarified that for youth who identify as transgender, it would be a "therapeutic conversion" to suggest to them that they not alter their healthy bodies to match their gender dysphoria.

The order came as many states, such as Florida, Texas, and others, moved to say that biological sex is innate, especially when it comes to minors, and that minors should not be medically tampered with in the name of gender identity. Biden made it clear he opposes this and instead pushed that parents should "affirm" their children, meaning that should a child claim to be what they are not, parents should nod affirmatively and sign them up for irrevocable courses of medical treatment.

The move comes as the countries in question: Sweden, Finland, and the UK, have all started pushing back on the idea that "gender affirming care" should include surgical and medicinal interventions for children.