Many states have moved to say that biological sex is innate, especially when it comes to minors, and that minors should not be medically tampered with in the name of gender identity. 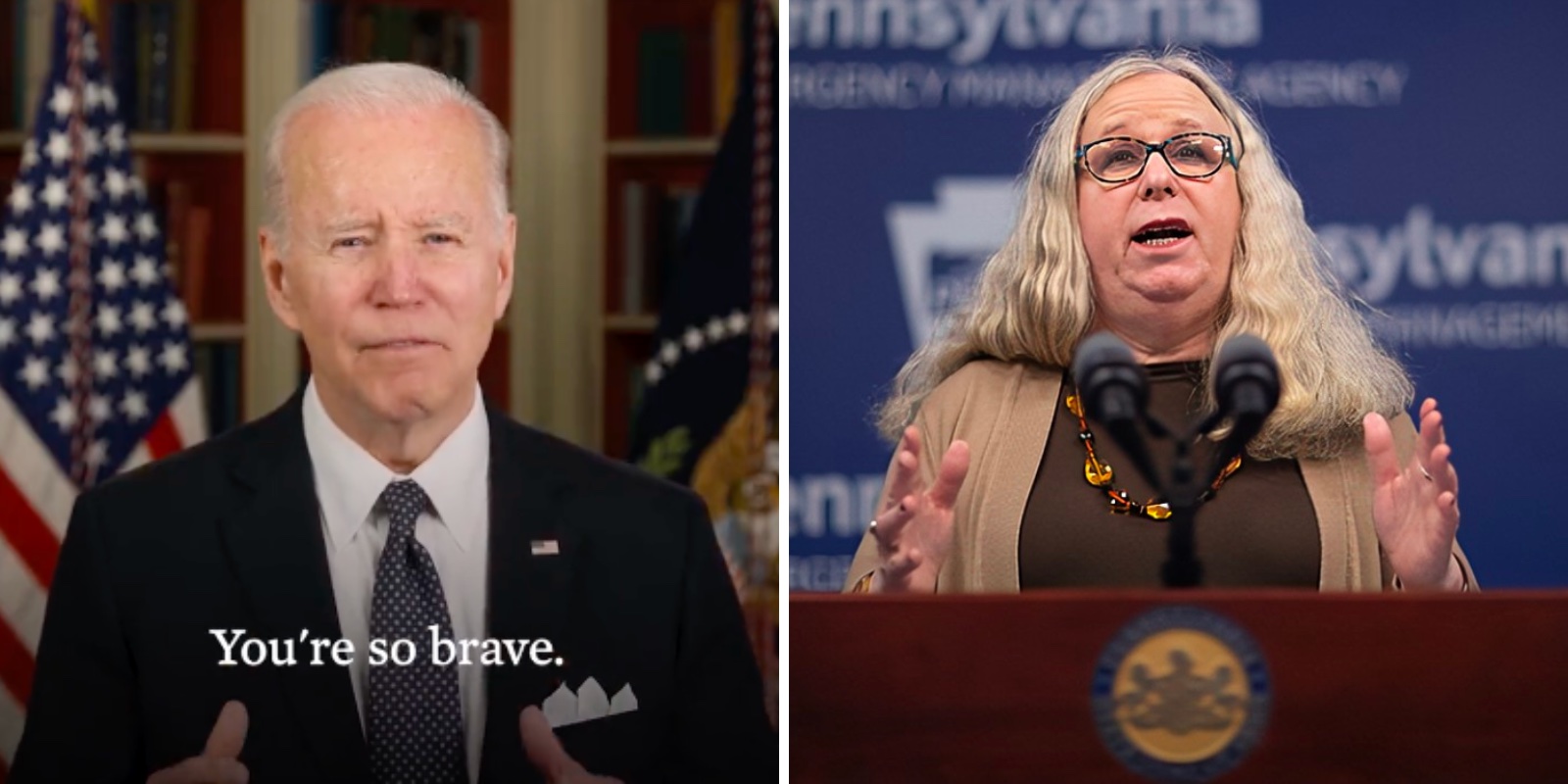 President Biden on Wednesday announced his intention to sign yet another executive order regarding gender identity in America. The order tasks the Department of Health and Human Services to add resources to bring gender identity to the forefront of their programming and services. The assistant HHS secretary is Dr. Rachel Levine, the first biological male who identifies as transgender to hold a federal appointed office.

In terms of education, the order "directs the Department of Education to establish a new Working Group on LGBTQI+ Students and Families, which will advance policies for states, school districts, and other educational institutions to promote safe and inclusive learning environments in which all students thrive."

Many states, such as Florida, Texas, and others have moved to say that biological sex is innate, especially when it comes to minors, and that minors should not be medically tampered with in the name of gender identity.

Biden opposes this, seeming to believe that his role as President of the United States is to instruct parents, schools, legislatures and states to tell children that their fantasies of believing themselves to be the opposite sex are real and true, and it is reality that is the lie.

It was only recently, during the Transgender Visibility Day, that Biden told parents across America to "affirm" their children, meaning that should a child claim to be what they are not, parents should nod affirmatively and sign them up for irrevocable courses of medical treatment that will prevent them from living full lives.

Filled with rhetoric and emotional flourishes, this new order states that so-called conversion therapy must be banned across the country, but it warps the language of conversion therapy to say that for youth who identify as transgender, it would be a therapeutic conversion to suggest to them that they not alter their healthy bodies to match their gender dysphoria.

The EO is intended to "mark Pride Month," and will prevent "so-called “conversion therapy” with a historic initiative to protect children from the harmful practice," as well as "Safeguarding health care, and programs designed to prevent youth suicide."

This sweeping executive order, requiring federal agencies to comply, will issue guidance to states on "gender affirmation," which the President believes is essential to "protect" children. Gender affirmation, in practice, entails the administration of drugs that stop puberty. These drugs are not FDA approved for this purpose. Gender affirmation then applies cross-sex hormones to these minors, which creates sterility, bone loss, and other health issues. This is done to force healthy bodies to take on the appearance of being the opposite sex.

Biden opposes the laws in many states that restrict minors from taking these harmful drugs, or undergoing drastic genital mutilation surgery that leaves the patients, as adults, unable to achieve healthy sexual function or engage in human reproduction.

Biden also declares in this executive order that federally-funded programs cannot offer so-called 'conversion therapy.'" This means that children who present as transgender must be affirmed to be transgender and cannot be cautioned off of that course. He intends to prevent conversation therapy globally with this EO as well.

Under this order, Biden demands that the Department of Health and Human Services take "steps to address the barriers and exclusionary policies that LGBTQI+ individuals and families face in accessing quality, affordable, comprehensive health care, including mental health care, reproductive health care, and HIV prevention and treatment."

Biden's first EO on gender identity was signed on his very first day in office, January 20, 2021. In it, Biden conflated gender identity with biological sex, thereby rejecting the legal protections that have existed for women since the passage of the Civil Rights Act of 1964, and altering them to include protections for gender identity, as well.