"It seems to be playing politics with feeding poor kids, which is really unfortunate," John Elcesser of the Indiana Non-Public Education Association told the Federalist. 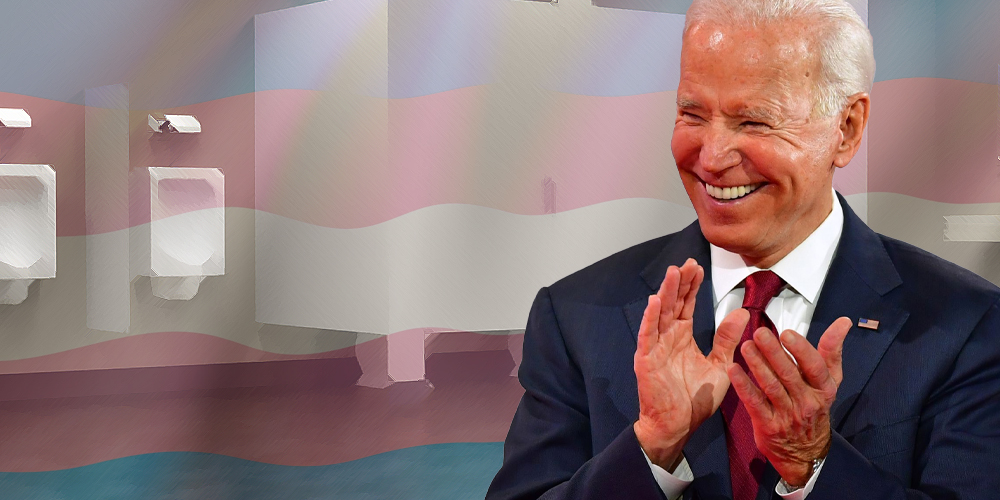 The Biden administration through the USDA is set to enforce transgender-friendly bathroom policies through a scheme that ties funding for federal aid programs for student food via compliance of "equity" friendly systems.

A formal announcement on this is slated for next month, according to The Federalist.

In a press release at the beginning of May, the USDA announced they’re expanding their interpretation 1972’s Title IX Education Amendments and the Food and Nutrition Act of 2008 to include sexual orientation and gender identity.

What this amounts to is an extension of federal authority within the public education system as it applies to funding for food programs.

The agency cites one of Biden’s executive orders issued on his first day in office to justify the move, and further claims it is "consistent with the Supreme Court’s decision in Bostock v. Clayton County, in which the Court held that the prohibition on sex discrimination under Title VII of the Civil Rights Act of 1964 extends to discrimination based on sexual orientation and gender identity."

For the sake of "advancing equity," the USDA says entities that receive funding from the Food and Nutrition Service (FNS) are compelled to investigate discrimination on the basis of sexual orientation and gender identity, and must update their policies in a way that abides by that.

A report by The Federalist says the Biden administration is expanding this to include demanding K - 12 schools do away with the separation of gender bathrooms. That is to say: any place that accepts federal money for the sake of food must go as far as enacting transgender-friendly policies within the workplace.

Religious schools can object to this, but the process in which they’re allowed to do so has been considerably narrowed. As outlined in the piece, submissions for these objections are subjected to possible "outing" and these religious institutions may be targeted by far-left progressive activists.

"Organizations may request a religious exemption by submitting a written declaration to the Secretary of Agriculture identifying the provisions that conflict with a specific tenet of the religious organization," is what the USDA had to say to the Federalist, when asked for comment.

While Title IX seems to allow religious schools not to file exemption paperwork, the USDA is telling these places to do it anyway. Government schools are the most susceptible to having to comply with the Biden administration’s demands.

"The Biden administration is grossly extending the Bostock holding where it does not belong. Like many of the Biden administration’s power grabs, this imposition transgresses areas of proper state and local authority. As the principal guardians of federalism, state attorneys general have the ability to combat such overreach where it injures state functions."

The biological male teenager at the center of a rape scandal in Loudon County, Virginia, used the access granted by the school district’s transgender policies to carry out the attack against his female victim. He was sentenced for these crimes earlier this year.

Last week it was reported that a student in Oregon spoke out in protest against the school’s "inclusive" bathroom policy by saying that biological men are taking advantage of the system to target women. Late last year, the Chicago public schools system abolished gender bathrooms in favor of a transgendered inclusion policy.