The summit hosted Joseph Borgen, who was assaulted in New York City while wearing a yarmulke in 2021 just after exiting the subway on his way to a pro-Israel rally. 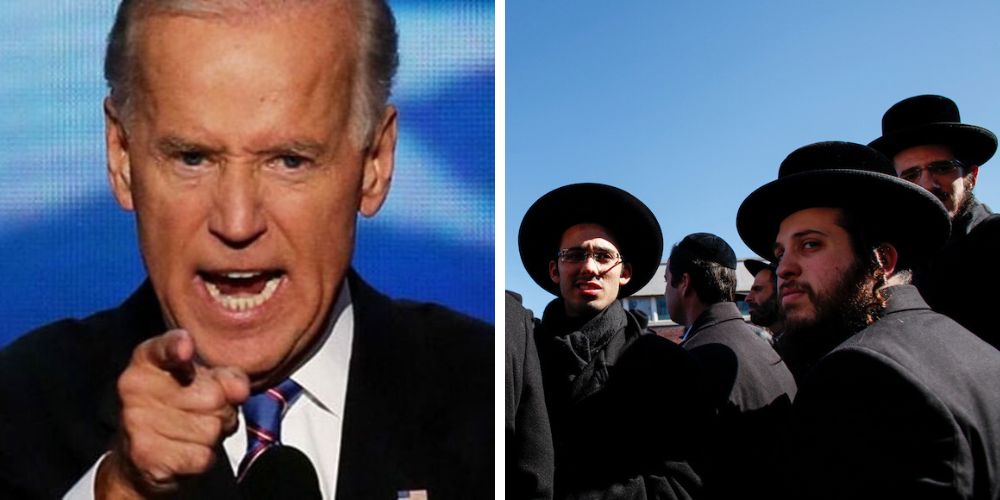 Orthodox Jewish Chamber of Commerce CEO Duvi Honig told The New York Post that even though he contact three Biden administration staffers and had an endorsement from the New Jersey Democratic Governor. Phil Murphy’s office to be honored as an "Uniter," an award bestowed to 16 people at the event, he did not hear back and was unable to RSVP.

Former Ambassador and current advisor to the Biden administration Susan Rice responded to the allegation on Twitter saying, “The allegation that Orthodox Jews—or Americans of any background—were excluded from the #UnitedWeStand Summit is scurrilous and false.”

Jake Turx, one of the excluded reporters retweeted Rice’s post writing, “As one of the four Orthodox Jewish reporters who were denied entry to the #UnitedWeStand Summit I'm not able to corroborate your claims. Sorry, @AmbRice46.”

Rev. Al Sharpton requested the summit after the massacre in May of 10 black shoppers in Buffalo, which brought together hundreds of community leaders and minority activist groups but Orthodox Jews failed to make the cut.

However, even though Orthodox Jews are one of the largest targets of hate crimes, they were not extended an invitation. Approximately 800 of about 2,700 antisemitic incidents in 2021, took place in New Jersey or New York.

The summit hosted Joseph Borgen, who was assaulted in New York City while wearing a yarmulke in 2021 just after exiting the subway on his way to a pro-Israel rally.

Some on social media speculated that the snub was due to Sharpton’s history of antisemitism. He played an integral role in instigating the deadly 1991 Crown Heights race riots in New York.

Honig told The Post, “The question is, is [Biden] punishing the Orthodox community for supporting [former President Donald] Trump? Regardless, my concern is as we’re going into the high holy holidays, would people read that Orthodox Jew attacks aren’t recognized by the White House? Because that encourages people to continue to be more aggressive.”

He added, “The White House used hate. They used us, our blood — they used our DNA of Jews being persecuted and attacked daily as an excuse to make an event and didn’t include Orthodox Jews, who were the number one [target of] hate and antisemitism.”

“They didn’t recognize any Orthodox Jew as an Uniter purposely, which stands out while then recogniz[ing] Islamic, Reform [Jews], [Christian leaders] and so on,” Honig continued.“Our community’s leaders from the various large communities of Orthodox sectors where daily attacks accrue were missing [from] the summit and not invited.”

Honig told the outlet that Reform Jews, who were prominent at the summit are less likely to be the victims of hate crimes because they don’t wear the dress of many Orthodox Jews. “We were used and stepped on and spit out. There’s just no better way to say it than you’re making a wedding and you’re not inviting the bride and groom — you just wanted a party,” he said.

Four Orthodox Jewish journalists from Ami magazine were not allowed to attend a speech by Biden at the event.

Even though the four journalists RSVPed, they were each told “spacing constraints” meant they couldn’t join a crowd of other reporters selected via a random prescreening process, in the nearly 3,000-square-foot East Room.

According to The Post, the Orthodox reporters asked Biden staffers including White House press secretary Karine Jean-Pierre before the event to attend but to no avail.

At least one Orthodox Jew Nathan Diament of the Orthodox Union was able to attend the event to which Honig said, “One person trickled in!”

Biden claimed during his remarks that he decided to run for president after hearing the “antisemitic bile” of white supremacists during the 2017 racial riots in Charlottesville, and claimed that there is a “through line” of deeply ingrained prejudice in the US.

However, Biden has said on multiple occasions different reasons why he chose to run for office, causing many to speculate that he says what he believes a specific crowd wants to hear.

A Biden administration official refused to tell The Post which White House officials were involved in pre-screening journalists.

The summit was intended by the White House to "counter the corrosive effects of hate-fueled violence on our democracy and public safety" and honor communities that have suffered hate-based attacks.