BREAKING: Biden has Covid AGAIN, heads back into isolation

Dr. Kevin O’Connor, Physician to the President, said that this was an example of "rebound" Covid. 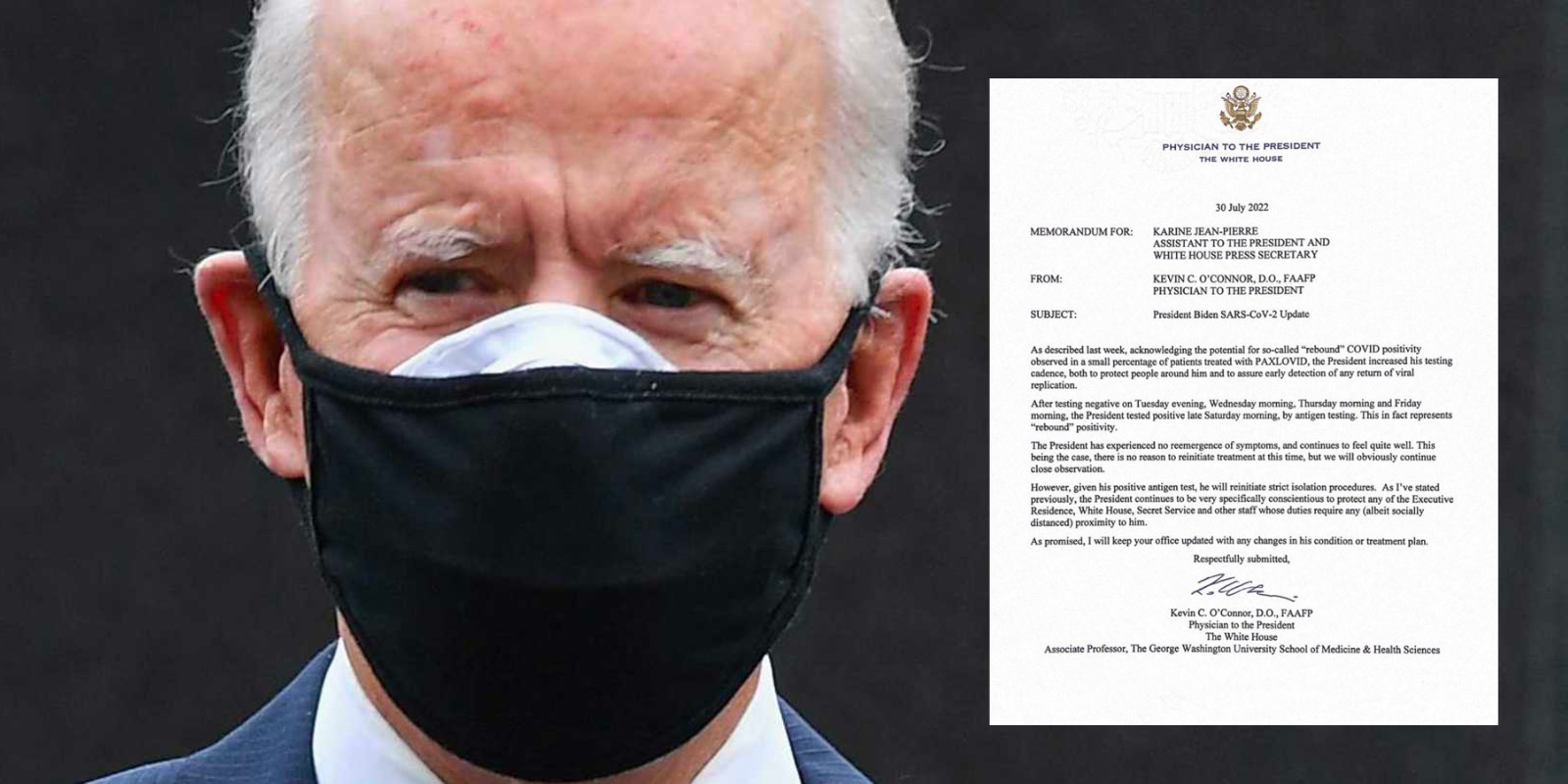 Today it was revealed in a White House memorandum that President Joe Biden has contracted Covid again after only recently getting over the virus.

The White House posted the news on Twitter via an update from Dr. Kevin O’Connor, Physician to the President, who said that this was an example of "rebound" Covid.

Dr. O'Connor said that the president was showing no symptoms but did test positive via an antigen test Saturday morning. The President has received both initial doses of the vaccine, as well as two booster shots.

The positive Covid test results came less than one day after Biden’s climate speech in Massachusetts, where he also said that he has cancer. After his diagnosis he went into isolation in accordance with White House policy and "out of an abundance of caution."

After several days of isolation, White House doctor Kevin O'Connor announced Biden had finished his five-day course of Paxlovid and had tested negative for Covid-19 on Tuesday evening and again on Wednesday morning.

Biden returned to the Oval Office on Wednesday.

O'Connor did note that that there was a small chance of "rebound" Covid for those treated with Paxlovid, so the president would "increase his testing cadence."