On Tuesday, the US State Department expressed concerns regarding the noticeable lack of female leaders, as well as the past actions and wanted statuses of Afghanistan's new leaders. 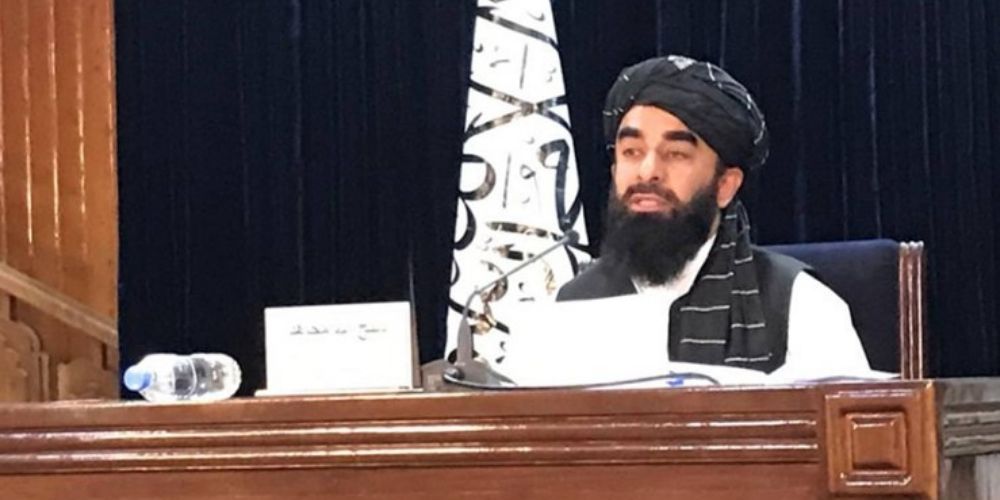 As the world considers whether or not to recognize the Taliban as a legitimate government, there is growing concern from world leaders regarding the roster of the new caretaker government announced on Tuesday by the Taliban.

On Tuesday, the US State Department expressed concerns regarding the noticeable lack of female leaders, as well as the past actions and wanted statuses of Afghanistan's new leaders.

In a statement shared with The Hill, a State Department spokesperson said that although the Taliban "has presented this as a caretaker cabinet," the US "will judge the Taliban by its actions, not words."

"We have made clear our expectation that the Afghan people deserve an inclusive government," the spokesperson said.

The State Department's statement also noted that the list of new leaders announced by the Taliban "consists exclusively of individuals who are members of the Taliban or their close associates and no women."

This notable absence of women in the inner core of the government comes despite the Taliban saying that they have been urging women to join government offices in an attempt to differentiate the Taliban rule of 2021 to that of 20 years ago, where women and girls were placed under strict rules preventing them from going to school and only being allowed to leave the house with a male companion.

According to Agence France-Presse, the European Union raised concerns over the lack of women and inclusion of different groups in the Taliban's new government.

"Upon initial analysis of the names announced, it does not look like the inclusive and representative formation in terms of the rich ethnic and religious diversity of Afghanistan we hoped to see and that the Taliban were promising over the past weeks," an EU spokesperson said.

The concerns come as the EU had set five conditions for increasing their engagement with the Taliban, one of which included the formation of an "inclusive and representative" transitional government.

The spokesperson for the EU said that "such inclusivity and representation is expected in the composition of a future transitional government, and as result of negotiations."

The State Department also noted on Tuesday that it was "concerned by the affiliations and track records of some of the individuals."

One person of concern is the newly appointed interior minister Sarajuddin Haqqani, who is on the FBI's most wanted list in connection to a 2008 bombing at the Kabul Serena Hotel which killed six people, including one American. He is also accused of an assassination attempt on then-Afghan president Hamid Karzai.

The FBI had been offering a $5 million reward for information leading to Haqqani's arrest, but was reported increased to $10 million on Tuesday.

Despite being in close contact with the Taliban to organize additional evacuations after the US military's withdrawal from Afghanistan last week, the US has yet to officially recognize the Taliban as Afghanistan's legitimate ruling.

The State Department spokesperson said that the Biden administration will "continue to hold the Taliban to their commitments to allow safe passage for foreign nationals and Afghans with travel documents, including permitting flights currently ready to fly out of Afghanistan to agreed-upon onward destinations."

"We also reiterate our clear expectation that the Taliban ensure that Afghan soil is not used to threaten any other countries and allow humanitarian access in support of the Afghan people," the statement added. "The world is watching closely."