WATCH: Biden jokes about running over reporter after being questioned on Israel

For four years, the mainstream media accused former President Donald Trump of "inciting violence" against the media for cracking jokes about them and criticizing them. 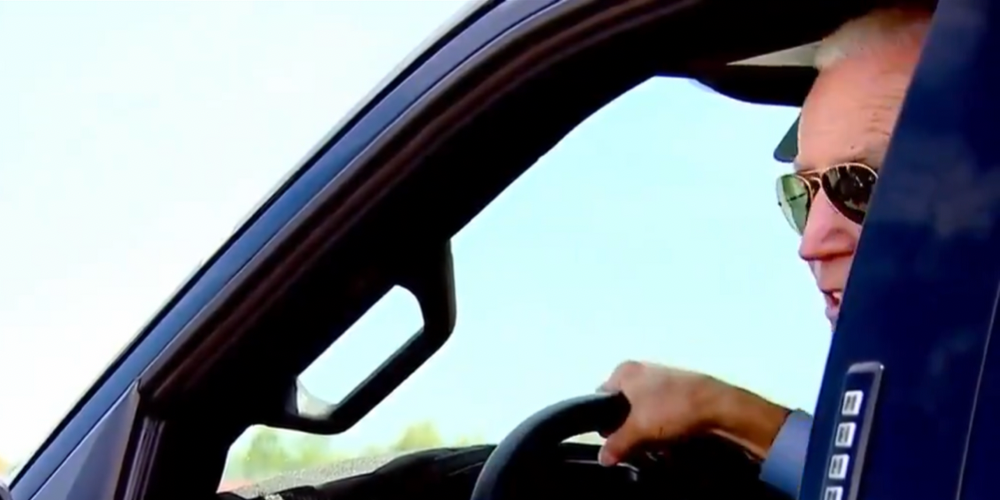 When asked about Israel during his visit to the Ford Motor Co. Rouge Electric Vehicle Center in Dearborn, Michigan Tuesday, President Biden avoided the question, instead insinuating that he'd run the reporter over.

Biden, who was test driving the new electric Ford F-150 ahead of its Wednesday reveal, was asked a barrage of questions regarding the specs on the truck. Before Biden said he was going to drive off one reporter asked if she could "ask a quick question on Israel before you drive away because it's so important?"

"No, you can't," replied Biden, adding that "Not unless you get in front of the car as I step on it."

Reporters laughed at the comment, before Biden looked back and added before peeling off, "I'm only teasing."

Biden's visit to the facility comes as Congress is set to begin discussions on his $2 trillion jobs and infrastructure package, with $174 million of that going towards US electric vehicle manufacturing.

According to the Detroit News, analysts say the visit "also highlights a project that is a model of what the administration hopes to incentivize: mass market electric vehicles build in the US by union workers."

For four years, the mainstream media accused former President Donald Trump of "inciting violence" against the media for cracking jokes about them and criticizing them.