Despite may officials calling the Jan. 6 riot at the Capitol an "insurrection," a breakdown of charges has revealed that not one of the 725 individuals charged was charged with insurrection. 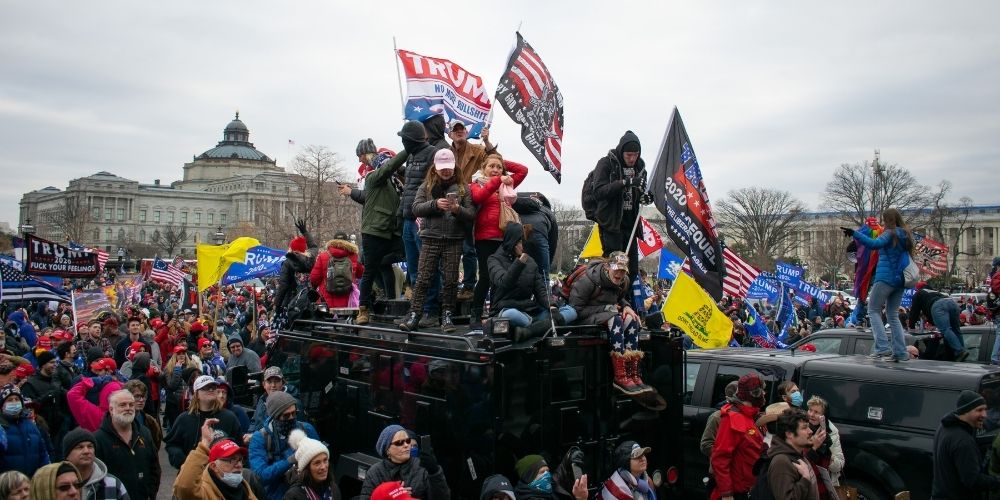 Despite may officials, including President Joe Biden, calling the January 6 riot at the Capitol an "insurrection," a breakdown of charges released by the United State's Attorney's Office in the District of Columbia of those arrested in connection to January 6 has revealed that not one of the 725 individuals charged was charged with insurrection.

According to the DOJ, "Every case is being prosecuted by the US Attorney's Office for the District of Columbia. Following arrests, or surrender, defendants must appear before district court magistrate/judge where the arrest takes place, in accordance with the Federal Rules of Criminal Procedure."

Summarizing the charges laid against the rioters, The Washington Post wrote: "Of those arrested, 225 people were charged with assault or resisting arrest. More than 75 of those were charged with using a deadly or dangerous weapon against police officers."

80 people were charged with "Obstruction of an Official Proceeding and Aiding and Abetting," in connection to the interruption of the electoral vote proceedings occurring at the Capitol that day.

Missing though from the laundry list of charges being brought against the rioters is insurrection, a phrase commonly thrown at the incident as a whole, and against those that broke into the building.

According to the New York Times, prosecutors are using obstruction law, or obstructing an official proceeding before Congress, to charge large numbers of those that broke into the building.

"It brought the charge against scores of people believed to have disrupted the democratic process, often alongside more traditional counts of trespassing, vandalism and assault," the New York Times wrote.

The law carries a maximum sentence of 20 years in prison, and allows prosecutors to avoid seeking harder to prove charges like insurrection or sedition.

During Biden's address to the nation on the one year anniversary on the riot, he claimed the riot was "an armed insurrection" made up of people trying to "subvert the constitution."

"Former presidential supporters are trying to rewrite history," Biden said of those who voted against the certification of his leadership. "They want you to see election day as the day of insurrection and the riot that took place here on January 6 as the true expression of the people."

CNN reporter Oliver Darcy slammed the lack of the word "insurrection" in Fox News' reports regarding January six, but was promptly blasted by fellow journalist Glenn Greenwald, who noted the report from the US Attorney's Office.

"The word 'insurrection' has not been uttered once during coverage of 1/6 on Fox this morning, other than Biden using it during his speech which the network aired, per search of show transcripts," wrote Darcy.

"So Fox has uttered 'Insurrection' the same number of times as the DOJ has issued indictments for that crime," wrote Greenwald. "Referring to 1/6 as an 'Insurrection' when the Democrat-led DOJ has failed to charge *even a single person with that crime* is not a source of pride for a media outlet."