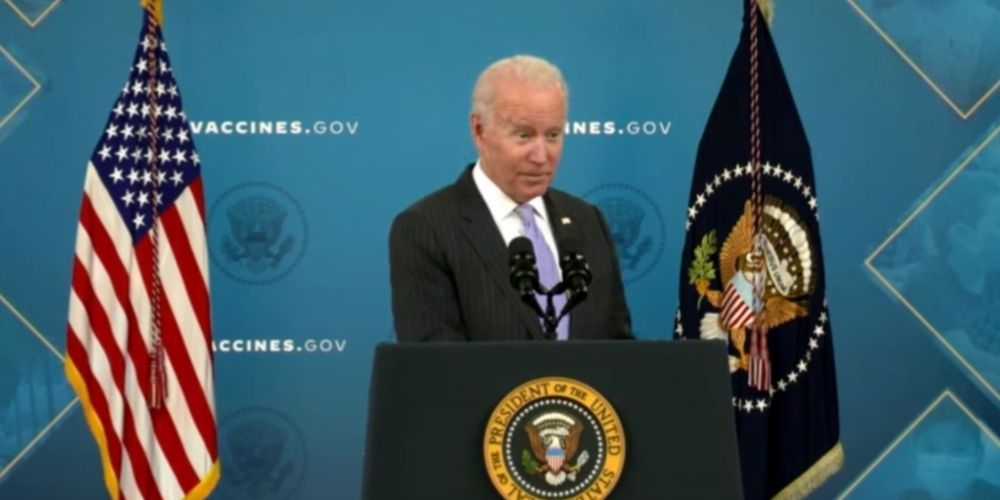 In response to reporting that said the Biden administration is considering paying migrants who were separated at the border under the Trump administration, Biden on Wednesday said the claims are "garbage" and false.

"There were reports that were surfacing that your administration is planning to pay illegal immigrants who are separated from their families at the border up to $450,000 each, possibly a million dollars per family. Do you think that that might incentivize more people to come over illegally?" Fox News' Peter Doocy asked.

"If you guys keep sending that garbage out? Yeah," Biden said. "But it's not true."

"So this is a garbage report?" Doocy asked.

"That was separated from a family member at the border under the last administration," Doocy said.

The Wall Street Journal reported last week that the Biden administration is currently in talks to offer migrant families who came over the border illegally during the Trump administration and were separated around $450,000 per person in compensation.

That reporting was alter confirmed by both The Washington Post and The New York Times.

The payments would come as settlements for lawsuits filed on behalf parents and children who said that the government had subjected them to psychological trauma.