Acting Assistant Secretary for US Department of State, Julie Chung, said, "Peaceful protests are growing in #Cuba as the Cuban people exercise their right to peaceful assembly to express concern about rising COVID cases/deaths & medicine shortages." 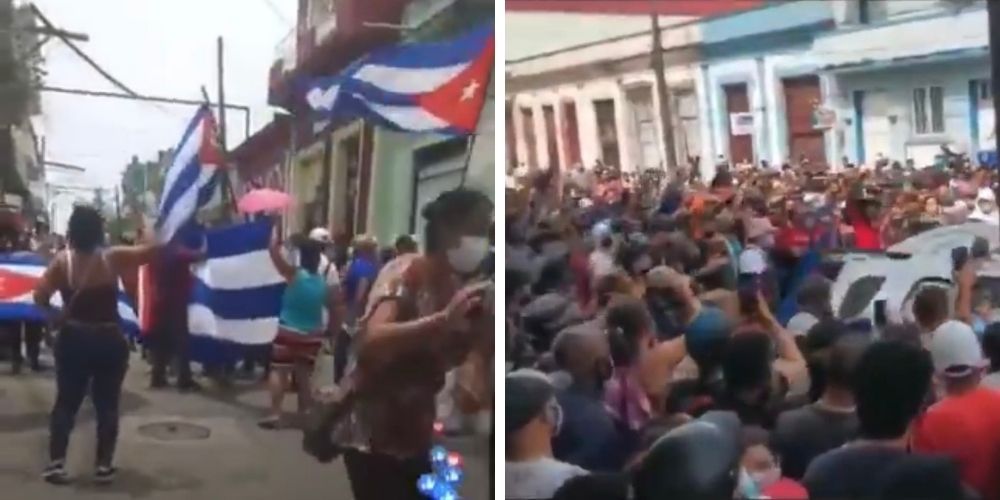 As thousands of Cubans took to the streets across the island country on Sunday to march against Cuba's communist dictatorship, the Biden administration whitewashed their fight for freedom by claiming the protests are about rising cases of coronavirus, instead of the country's failed socialized policies under the Castro regime.

In a tweet on Sunday afternoon, Acting Assistant Secretary for US Department of State, Julie Chung, said, "Peaceful protests are growing in #Cuba as the Cuban people exercise their right to peaceful assembly to express concern about rising COVID cases/deaths & medicine shortages. We commend the numerous efforts of the Cuban people mobilizing donations to help neighbors in need."

However, Chung failed to mention that Cubans are protesting against their communist government, after socialized policies led to high-inflation which resulting in massive food and medicine shortages after decades of oppression at the hands of the dictatorship.

The Biden administration was not the only entity that made outlandish remarks regarding the Cuban fight for freedom. The New York Times said Sunday that "Freedom" is an "anti-government slogan," after thousands of Cuban's chanted "liberty" while marching to put an end to the communist dictatorship, the exact principle which the American government was founded upon.

"Shouting 'Freedom' and other anti-government slogans, hundreds of Cubans took to the streets in cities around the country on Sunday to protest food and medicine shortages, in a remarkable eruption of discontent not seen in nearly 30 years," the tweet stated.

The New York Times backed the Cuban communist government as citizens from across Cuba chanted "liberty" while flying the American flag, looking to America's founding principles for hope of a better quality of life.

The claims by The New York Times were widely criticized on social-media after many questioned why the principle of freedom would be considered an anti-government slogan.