Democrats are currently in control of Congress and have been since the November 2020 election. 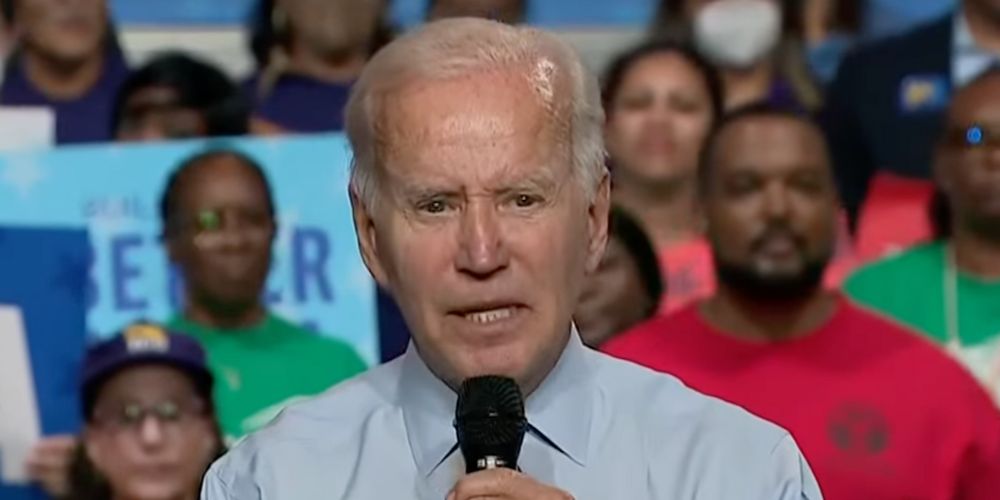 President Joe Biden promised that Democrats would ban "assault weapons" if his party was in control of Congress after the midterms while at a campaign rally in Rockville, Maryland Thursday evening.

"If we elect two more senators, we keep the house and Democrats. We're gonna, uh, get a lot of unfinished business we're gonna get done," Biden said, along with, "we'll ban assault weapons."

Right now Democrats are in control of Congress and have been since the November 2020 election. The House of Representatives has a Democrat majority with 224 seats while Republicans occupy 212.

If the Senate were to gain two more seats in the midterms the voting block would still not meet the 60-vote threshold to beat the filibuster, and any legislation would have to pass along budget reconciliation methods, as did the $739 billion The Inflation Reduction Act.

Previously, Vice President Harris defined 'assault weapons' as any weapon, "designed for a specific purpose – to kill a lot of human beings quickly. An assault weapon is a weapon of war with no place, no place in a civil society."

CNBC notes that the term is "ambiguous," "contentious," and "invented by the anti-gun lobby in the 1980s."

Biden also promised that, after the midterms, he was going to "codify Roe," and "protect voting rights" so that "no one ever has an opportunity to steal the election again."

Biden took a break from his most recent vacation to attend the rally hosted by the Democratic National Committee (DNC) in the gymnasium of Richard Montgomery High School in the suburb of Washington DC. Candidates at the event included Maryland Democratic gubernatorial nominee Wes Moore.

According to a DNC official, the 100 attendees helped raise $1 million for the committee and the Democratic Grassroots Victory Fund.

A man was ejected from the rally for heckling Biden and saying he stole the 2020 election and was a pedophile.