"Hey Joe, where you going? Why you moving so slow? They'll prop you up for the TV screen, but forget your job. What flavor ice cream is that?" 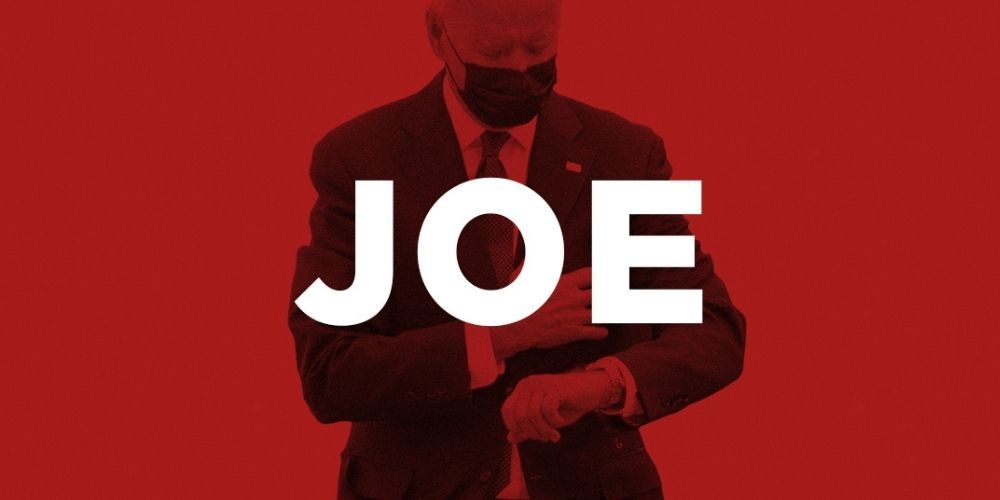 Five Times August, who has released a number of songs slamming both the Biden administration and current woke society over the last few months, released a new song on Sept. 10, this time taking aim at the recent botched withdrawal from Afghanistan and President Joe Biden's moments of forgetfulness.

The song, titled simply "Joe," talks about the 13 US service members killed in a suicide bombing in Kabul last month, as well the countless times Biden has been caught being forgetful and turning his back on questioning reporters.

The moments are in juxtaposition with a statement similar to the one Vice President Kamala Harris told Biden when the results of the election were in: "Hey Joe, we did it." Imagery of the Taliban are interspersed with images and clips of Biden looking lost, as well as images of all 13 killed in Kabul.

Some of the song's lyrics are as follows:

'Cause you wrapped them up in the American flag

13 kids, but you stopped a war

And there ain't no sense in going back for more

Where you going? Why you moving so slow?

They'll prop you up for the TV screen

But forget your job, what flavor ice cream is that?

Where you going? Do you even know?

C'mon on man, not a joke

Here's the deal, the country's broke

"Joe" is the sixth in an iconic series of acoustic "protest singles" Five Times August has released this year. Streaming numbers are up to approximately 600,000-plus at the time of publication, Five Times August said.

Five Times August singer Bradley Skistimas told The Post Millennial that he had plans to release a different song, but after the events started unfolding in Afghanistan, he side stepped to write the new song criticizing Biden over the chaotic Kabul exit. "I guess just to vent a frustration I think many of us are feeling right now. The images of our 13 soldiers, the videos of Taliban troops parading our equipment through the streets, Biden turning his back on the press, not answering questions, checking his watch ... the whole thing is just so frustrating and heartbreaking," Skistimas said in an exclusive statement.

"I’m sitting here like so many asking, 'Where the hell is our leader?' Staying quiet about it just didn't feel like an option so I felt like it was an appropriate moment to lay into this guy," Skistimas added. "The video is just an honest depiction of how I see him, and how I think the majority of people look at him. At best he’s just a lost old man bumbling through his job as president of the United States while America falls apart around him. It's completely unacceptable and we should all be speaking up, voicing our dissatisfaction as loudly as we can right now."

The anti-woke anthem featured footage from numerous viral TikToks, along with lyrics highlighting today's progressive youths who "think you've got it figured out for everybody else when you don't even know yourself," stated the song.