President Joe Biden reportedly told an Indian-American NASA aerospace engineer Thursday during a webcast that Indian immigrants were "taking over the country." 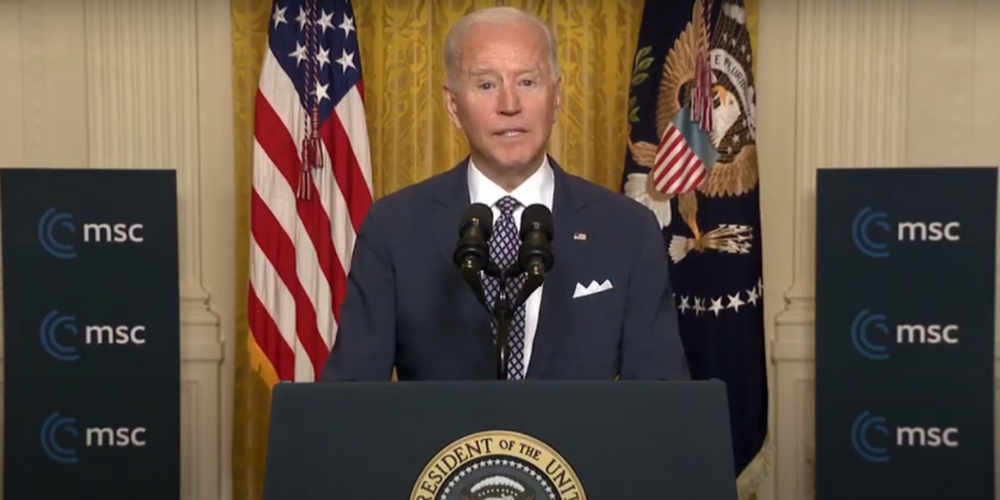 President Joe Biden reportedly told an Indian-American NASA aerospace engineer Thursday during a webcast that Indian immigrants were "taking over the country."

Biden made the bizarre comment before praising diversity in the U.S.

"One of the reasons why we’re such an incredible country is we’re such a diverse country. We bring the best out of every single solitary culture in the world, here in the United States of America, and we give people an opportunity to let their dreams run forward," Biden said.

Biden concluded his remarks likening himself to a "poor relative" who "stays longer then they're supposed to."

"So be careful. You know the poor relatives, they show up. They stay longer than they’re supposed to. I’m one of those kind of guys," he said.

Biden has made comments about Indian-Americans in the past, saying on camera that "you cannot go to a 711 or a Dunkin Donuts unless you have a slight Indian accent."

Biden has made a slew of similar race/ethnic-related gaffes over the duration of his campaign and going back through his 47 year political career.