"It pains me to say this, but if you fear for your physical safety take off your kippah and hide your magen david. Obviously, if you can, ask your rabbi first," Keyak said. 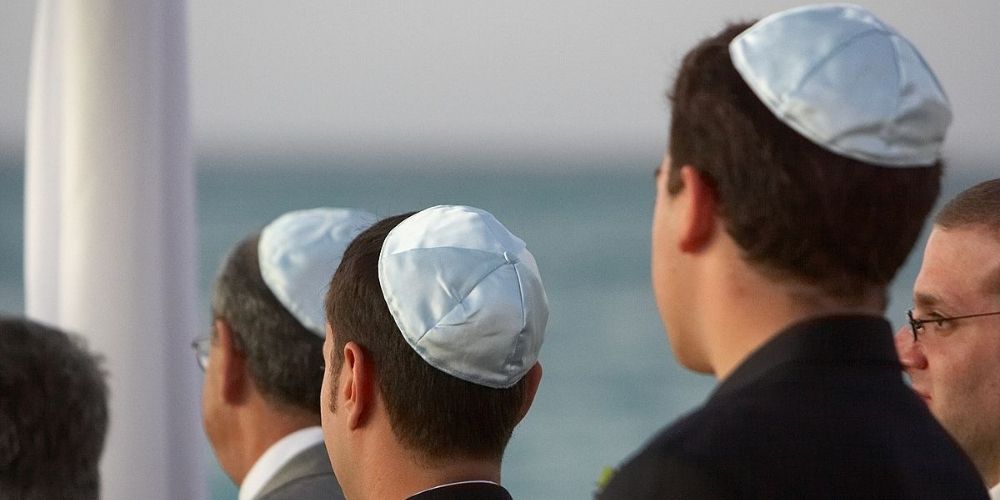 A man who worked on the Biden campaign and transition tweeted in the wake of skyrocketing cases of antisemitic violence across the United States that American Jews could stop wearing items like kippahs and Magen David symbols if they feared for their lives.

Aaron Keyak, who notes in his Twitter and LinkedIn bios that he "led Jewish engagement for the Biden-Harris campaign and transition," wrote in a tweet Friday, "It pains me to say this, but if you fear for your physical safety take off your kippah and hide your magen david. Obviously, if you can, ask your rabbi first."

Linked to the tweet was an article written the same day from the Jewish Telegraph Agency highlighting recent experiences of antisemitism by American Jews and their tough decisions on whether to continue displaying symbols of their faith and culture for fear of being attacked.

"As footage of those attacks and others spreads online, American Jews say they are feeling a renewed anxiety around identifying themselves publicly as Jews. Some are taking off their kippahs or Star of David necklaces," the article reads. "Others, like Ricki, are considering the removal of their mezuzahs. Some are mulling whether it's safe to walk into synagogue."

Keyak added that "it's important that those who wear kippot don't feel more pressure to put our lives in unnecessary actual danger—especially when actions are attempting to be grounded in halacha. Given the rise in Jew hatred and antisemitic attacks, we must stand with all Jews."

Keyak continued in a thread to defend his statement, saying that human life comes first, and "almost any religious commandment can be broken in order to save the life of a human being."

Keyak's initial tweet was met with backlash on Twitter, with some users, including Post Millennial editor Ari Hoffman, voicing a refusal to stand down or hide their religion in the face of danger and hatred.