"If and when the court issues the TRO [temporary restraining order] the department is planning to comply with that order," the official said. 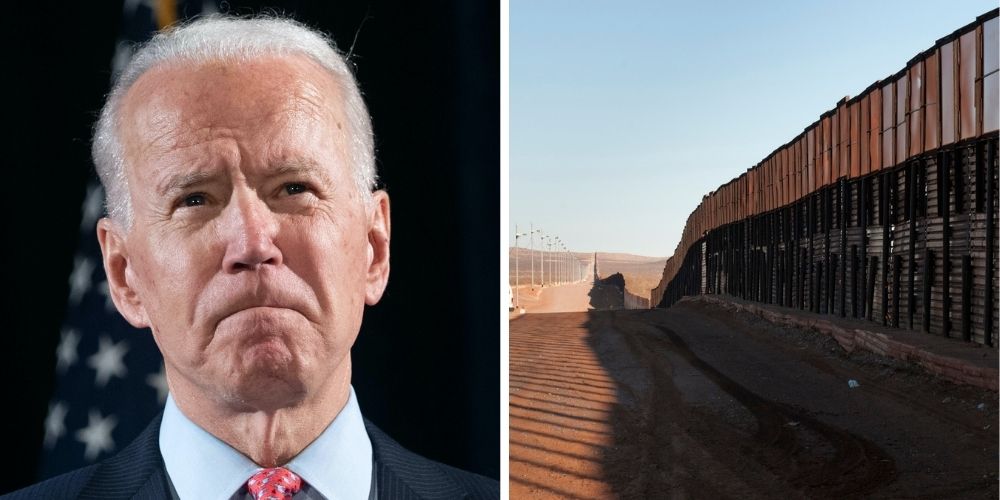 On Tuesday, the Biden administration said that it will comply with a court order expected to be handed down from a Louisiana judge halting the lifting of Title 42 border expulsions.

The Trump-era deportation policy was enacted during the beginning days of the pandemic, and allows for rapid deportation of illegal immigrants due to the public health emergency.

According to Politico, a senior administration official told reporters on a Tuesday call that the administration is planning to comply with forthcoming orders.

"If and when the court issues the TRO [temporary restraining order] the department is planning to comply with that order," the official said.

The official complained about the decision, saying "It really makes no sense to us that the plaintiffs would demand, and the court would order, that [Department of Homeland Security] be stopped in its use in expedited removal, which is going to prevent us from adequately preparing for the aggressive applications for immigration law when public health expires."

In the call, officials outlined the Biden administration’s six-point plan for dealing with immigration in the aftermath of Title 42 being lifted, which includes more resources to deal with the expected flood of migrants, which the administration said would allow them to process 18,000 migrants in custody "at any given time."

According to Politico, the plan also includes "leaning on other federal agencies and neighboring nations to 'share the responsibility' of deterring irregular migration, including targeting criminal organizations and smugglers."

"We've already begun referring individuals who are recidivist border crossers, that is, who cross regularly and get expelled under Title 42 into ER in order to levy significant immigration and law enforcement consequences," an official said.

On Tuesday, the Department of Homeland Security released their own plan to deal with the expected flood of migrants.

According to Fox News, the plan is primarily a more detailed version of the one published ahead of the April 1 announcement that the policy would be lifted.

The administration has faced concerns from both Republicans and Democrats over lifting the policy, with leaders saying that the plans for after the lifting of Title 42 are inadequate.

"The administration hasn't even prepared, and they don't have a plan for what to expect. Forget about the unexpected part, I'm just asking for the first part of this," Sen. Mark Kelly told Fox News earlier this month. "We know what the situation on the ground is going to be. Let's come up with a detailed plan and put it in place – and I just haven't seen that."