Jankowicz said that Posobiec was "the first kind of large, high follower persona to pick this up." 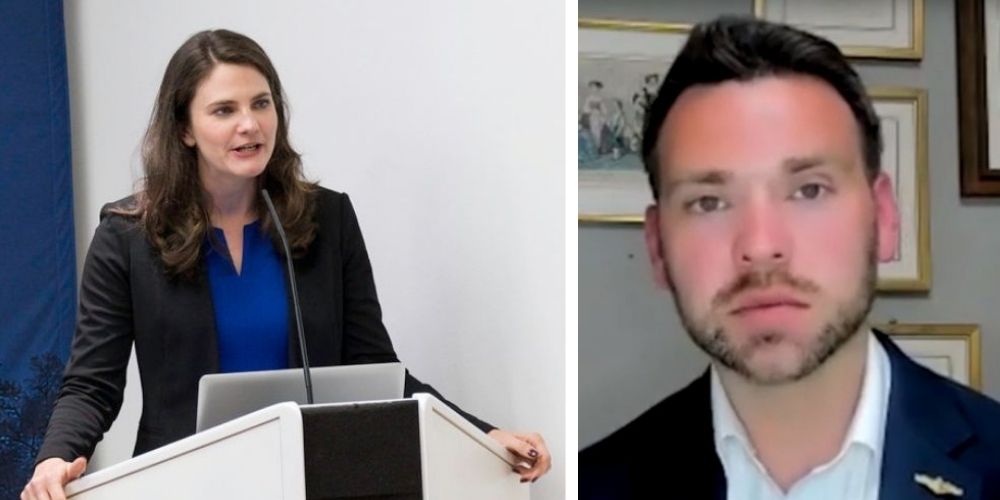 In Thursday’s episode of NRP’s Fresh Air, the former head of the Department of Homeland Security’s now-paused Disinformation Governance board called out Human Event’s Jack Posobiec as the beginning of the downfall of the group.

Nina Jankowicz told host Terry Gross: "So I haven't done a full analysis of what happened. I do one day want to pull all of the tweets and kind of look to see if there's any networks that are visible there. But what I think happened is there's a very kind of tried and true method through which messages travel in the conservative media ecosystem."

"And actually, a group called Advance Democracy Inc, did a report on this where they said, essentially, a tweet from Jack Posobiec, the right-wing influencer, influenced the rest of the conversation about me," she continued.

Jankowicz said that Posobiec was "the first kind of large, high follower persona to pick this up," and that the story then went to Fox News, where "throughout a week, 70 percent of their one-hour segments had information on me within the segment, which is just a staggering figure, considering that I was a relatively low-level official in the US government."

"And then from there, we saw, again, this coordinated messaging campaign on the floor of Congress, where many of the same tweets that Jack Posobiec had highlighted were then blown up onto poster board and decontextualized, during congressional hearings," she said.

Jankowicz continued on to say that while she can’t say for sure there was a "meeting" per se on her, that there was certainly "note-taking."

When asked how the DHS dealt with the pushback seen on social media regarding the formation of the new board and Jankowicz, she said that the department had been caught off guard.

"Well, Terry, I think the department itself was caught flat-footed by both of those strings of attacks," she said.

"I think government, in general, has to understand that we're living in the Internet era right now. And so, as these attacks were coming down the pike what we saw was a lot of hand wringing frankly. And the department couldn't get a statement out couldn't respond quickly to the attacks. We saw the Secretary, which I'm very grateful for go on Sunday shows and Washington the weekend after the board was announced and defend the board defend me," she said, noting that Secretary Alejandro Mayorkas couldn’t give a "fulsome" response in congressional hearings.

Jankowicz had opened up the interview by stating that the Disinformation Governance Board had been "widely misunderstood and mischaracterized."

She said that the board was meant to be an "internal working group" meant to "coordinate a very large department’s work on addressing disinformation.

"And the idea was to bring me in as an expert, and work with the folks in the department, making sure they had access to best practices, helping them put good information out there, and frankly, making sure Americans were equipped with information that kept them safe and secure," she said.

"I’ve spent a lot of my career talking about how we can't just play what I call whack-a-troll to get out of our disinformation crisis. We can't just fact-check our way out of the crisis of truth and trust that we face. And I would have never taken a job that was all about that. It was about something much more anodyne and much more boring. But it got totally taken out of context. And because you know, the department didn't provide a ton of information at the beginning folks created their own narrative, a scary narrative," she said.