Jennifer Granholm sold her holdings in Proterra, based in Burlingame, CA, in 2021, but recently exercised $1.6 million in stock options from the company. 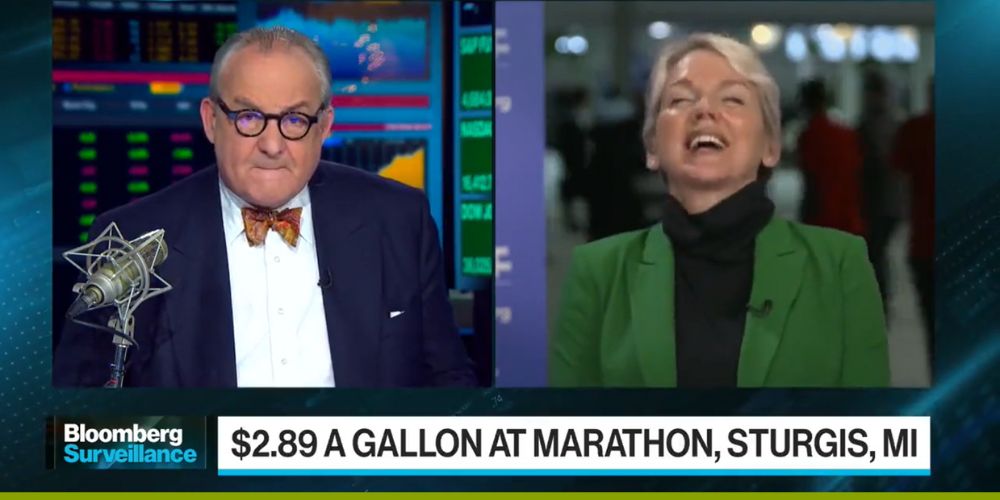 According to the Daily Mail, Granholm sold her holdings in Proterra, based in Burlingame, CA, in 2021, but recently exercised $1.6 million in stock options from the company.

According to Forbes, Granholm is worth $8 million and recently served as director of the electric vehicle company, but divested following Republicans last year raising concerns about the involvement with the company.

A spokesperson for the Energy Department said that Granholm "...acted in full accordance with the comprehensive ethical standards set by the Biden Administration and has completed her divestment well ahead of the time required by her ethics agreement."

In response to questions regarding soaring gas prices on Tuesday Granholm said, 'If you filled up your EV [electric vehicle and you filled up your gas tank with gasoline, you would save $60 per fill-up by going electric rather than using gasoline but it's a very compelling case, but again, we want to bring down the price at the point of purchase.

Last year, a video of the former Michigan Democratic governor laughing when a journalist asked her about a plan to curb high energy prices went viral.

This week, Michigan Democrat Senator Deborah Stabenow boasted that she was able to bypass all of the high-price gas during her drive to Washington because she bought an electric car.

Meanwhile, the national average cost for a gallon of gas has passed $5 a gallon.