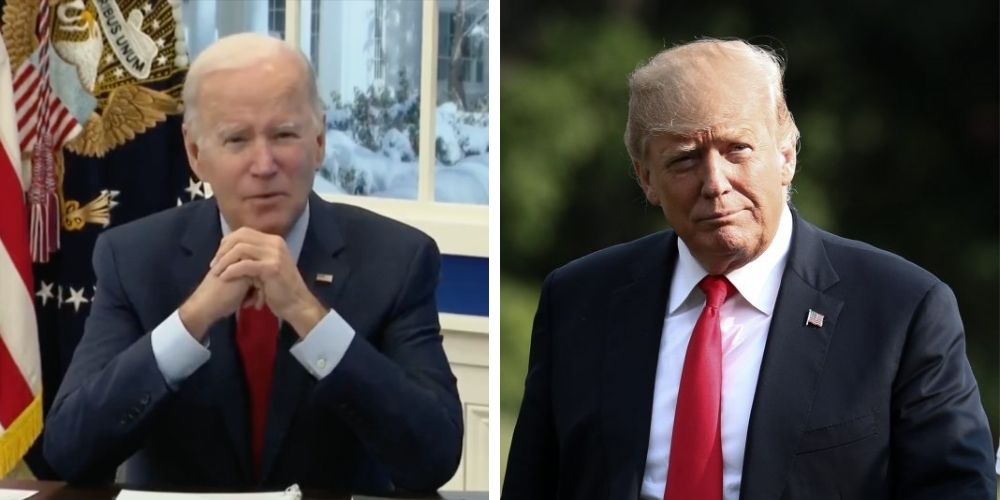 As President Joe Biden's poll numbers continue to suffer through his presidency, this week the president saw his net unfavorable rating drop below that of former President Donald Trump.

Following a recent bout of polls being added to the polling aggregate website, Biden's RealClearPolitics average for his favorability rating stands at 42. Trump's favorability average is close, standing at 41.8.

The shift in numbers comes after Biden's speech last month, where he admitted that there was "no federal solution" to ending the pandemic, which came at a time where cases of COVID-19 are skyrocketing.

"Look, there is no federal solution," Biden said in response to a question from Arkansas Governor Asa Hutchinson during a meeting with governors. "This gets solved at the state level."

"I'm looking at Governor Sununu [New Hampshire]," Biden continued, "on the board here. He talks about that a lot. And then ultimately it gets down to where the rubber meets the road and that's where the patient is in need of help, or preventing the need for help."