Biden's plan to cancel the Keystone XL pipeline will mean the loss of 60,000 anticipated jobs

In one of his first executive actions as US President, Joe Biden on Wednesday revoked the permit for Calgary based TC Energy's Keystone XL pipeline. 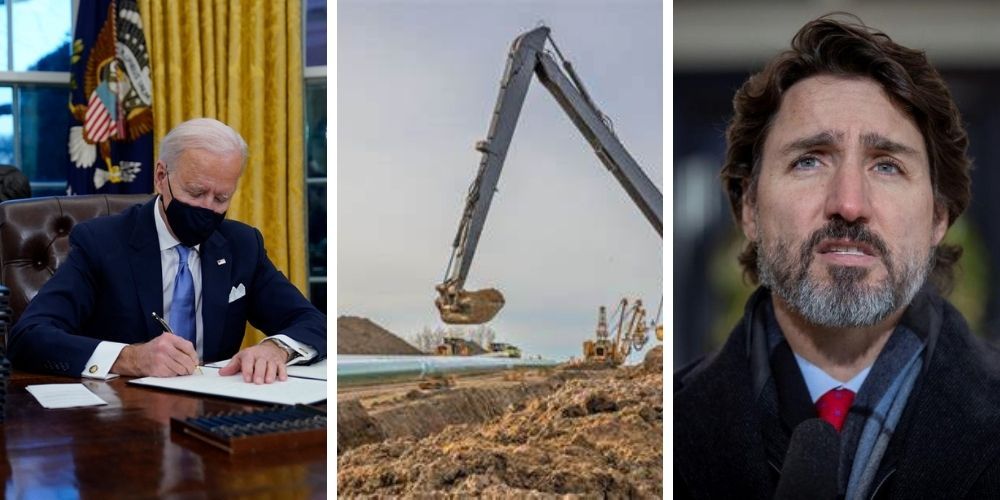 In one of his first executive actions as US President, Joe Biden on Wednesday revoked the permit for Calgary based TC Energy's Keystone XL pipeline. The Progressive Contractors Association of Canada said the pipeline would have generated as many as 60,000 jobs in Canada and the US.

The announcement of Biden's intent to revoke the permit for the pipeline was made on Sunday. The order is part of a series of other executive orders including re-entering the Paris climate accord, that Biden claimed would combat climate change. Construction has now been stopped on the pipeline and 1000 unionized workers are expected to be laid off.

In 2020, the government of Alberta agreed to invest $1.5 billion of equity into the project, and guaranteed billions more in loans. The Canadian section of the pipeline in Alberta has been under construction for several months and employs approximately 1,000 workers. Construction had already begun on the US section of the pipeline as well. The 1,700-mile pipeline, originally proposed in 2008, would carry approximately 800,000 barrels of oil a day from Alberta to Texas.

As previously reported by The Post Millennial, Prime Minister Justin Trudeau said he is looking forward to "working with President Biden to reduce pollution, combat climate change" following the newly-inaugurated President's decision to revoke the permit for the Keystone XL pipeline expansion.

Trudeau welcomed other executive orders made by Biden, including his decision to have the US abide by the Paris Climate Accord. However, Trudeau said he was "disappointed but acknowledge the president's decision to fulfil his election campaign promise on Keystone XL."

"I spoke directly with President Biden about the project last November, and (Canada's Ambassador to the United States Kirsten) Hillman and others in our government made the case to high-level officials in the incoming administration," Trudeau said in a statement.

"Workers in Alberta, Saskatchewan and across Canada will always have our support. Canada is the single-largest supplier of energy to the United States, contributing to U.S. energy security and economic competitiveness, and supporting thousands of jobs on both sides of the border."

Conservative Party Leader Erin O'Toole placed the blamed directly on Trudeau and called the cancellation of the Keystone Pipeline "devastating."

In a statement O’Toole said, "We need to get as many people back to work, in every part of Canada, in every sector, as quickly as possible. The loss of this important project only makes that harder."

"Justin Trudeau should have done more to stand up for our world-class energy sector and the men and women who depend on it to provide for their families."

In a statement, TC Energy said they will "review the decision, assess its implications and consider its options. However, as a result of the expected revocation of the presidential permit, advancement of the project will be suspended."

In a press release the Progressive Contractors Association said they are disappointed that Biden is "putting politics before reason."

The pipeline was rejected by the Obama administration 2015, causing TC Energy to file a lawsuit and a multibillion-dollar North American Free Trade Agreement claim against the US government. Former President Donald Trump supported the project allowing work to proceed.